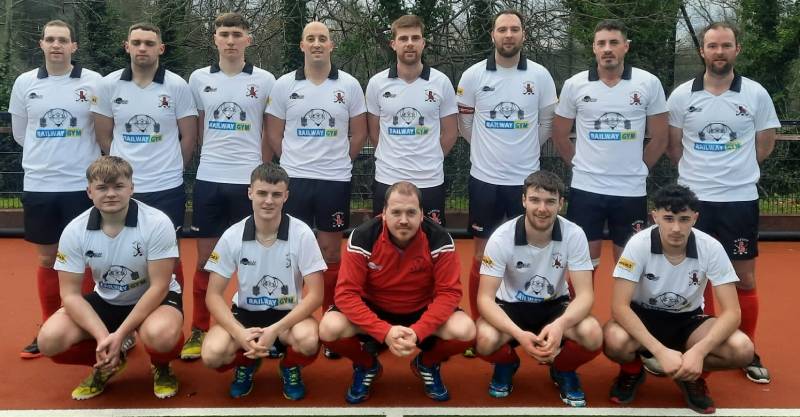 Raphoe Mens 1st XI were back in Ulster Premier League action on Saturday with an away trip to Stormont side, Civil Service (NICS).

It was Raphoes first outing since mid December and also the first game of the newly structured second half of the league, which sees the bottom six teams all starting on zero points again.

These bottom six teams now battle it out against each other for Premier League survival and it wasn’t a great start for the Raphoe men, a 3-0 defeat on Saturday leaves them with a lot of work to do.

Raphoes lack of game time was clear to see early on, poor decisions and lazy challenges resulted in NICS taking the lead at the end of the first quarter. A poor challenge gifted NICS their first penalty corner.

Prolific goalscorer and penalty corner taker, Chris Barnes, was on hand to convert a drag flick past the hapless Raphoe defence.

Raphoe improved in the second quarter, much better in possession and took control of the game, Evan Lyttle putting on a man of the match display at the rear accompanied by his defensive partners Zack West, Alan Meehan & Tom Eaton, who also all played well.

However, another penalty corner conceded right on half time resulted in another goal. Carbon copy of the first, another Chris Barnes drag flick.

Raphoe may have enjoyed the majority of possession but only registered two attempts on target before conceding a third and final goal towards the end. Another penalty corner converted by Barnes to complete his hat trick of drag flicks.

Raphoe travel to Portadown next Saturday, which is a rearranged fixture from the league pre split.