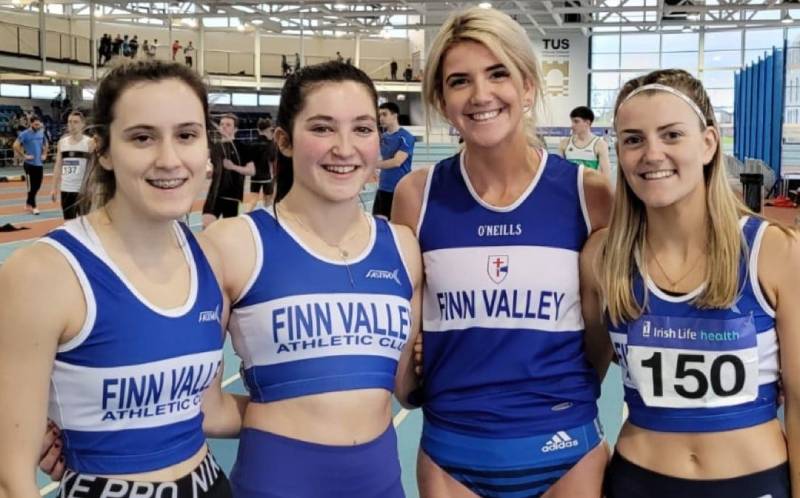 Huge success for Donegal athletes at the weekend

Donegal athletes celebrated massive success over the weekend in multiple competitions around the country and further.

Tir Chonaill AC’s Fintan Dewhirst set a new Irish youth heptathlon record and Finn Valley AC saw Sommer Lecky win gold at the Scottish Championships in the high jump with a best of 1.79m in Glasgow, while two Donegal records were broken at the National Indoor League in Athlone yesterday.

Bridget McDyer won the weight throw for distance (28lb) with a remarkable 6.02m, with second place Cara O’Sullivan of Ratoath AC well behind with 4.61m. To add to how impressive her win was, 2 of McDyers other throws were 5.91m, still over 1m ahead of the competition.

Eimear McCarroll was 6th in the high jump and Caitriona Devine was 7th in the 1500m.

Caolan McFadden of Cranford AC was first home for the NI & Ulster under-17 team in 11th, and Letterkenny AC’s Mark Galvin came 22nd as their team took the bronze medal.

Odhrán Rodgers from Rosses AC came third in the under-13 race, finishing in 7:29.