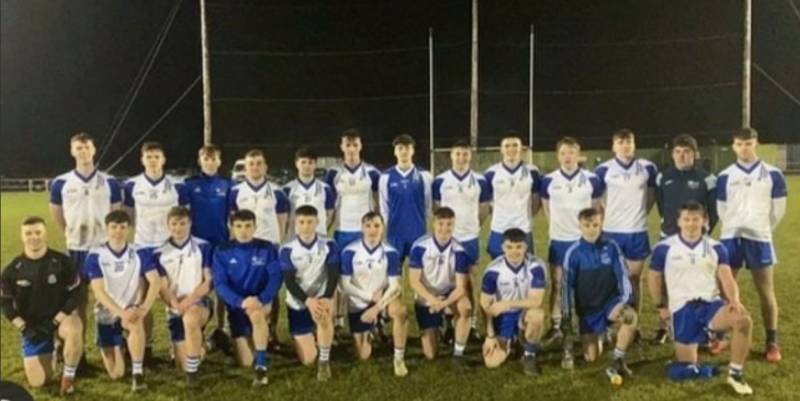 Maxi Curran’s LYIT edged out UCD after a tight-fought affair in Convoy his evening.

The Letterkenny college team were pushed all the way with a Joel Bradley-Walsh free the difference between the sides in the end.

Aaron Clements gave UCD the lead from a 45 after eight minutes, the only score in the first quarter of a cagey encounter and up to the first waterbreak.

In fact it wasn’t until the 22nd minute that we had the game’s second score and first from play, a fine finish from Conor O’Donnell after a good Lyit build-up.

The home team took the lead in the 27th minute, a foul on McGee and Joel Bradley-Walsh converted from 35mins.

Joel Bradley Walsh added LYIT’s third point in the third minute of the second half after a super run and pass from Peadar Mogan.

UCD responded quickly, turning over possession and a good finish from Brian McLaughlin, 0-03 to 0-02 with scores at a premium.

As the scoreline would clearly suggest, both sides were wasteful when it came to finishing despite creating some good chances.

Bradley-Walsh (free) and McLoughlin again exchanged points and at the second waterbreak it was a one point game , 0-04 to 0-03 to LYIT.

Daire Gregg pointed a super free from close to the side-line to level it up but Conor O Donnell replied immediately for LYIT to restore their narrow lead.

It didn’t last long as Gregg converted another free and we were all square again at 0-05 apiece.

After a couple of missed efforts Jason McGee converted a 35 metre free to edge Lyit ahead but Evan Harkin replied with a fine effort and we were level again at 0-06 each as things bit heated.

The home team again edged in front with a Joel Bradley-Walsh free, his fourth score, and despite UCD’s best efforts the home team held on to advance to the last eight of the Sigerson Cup.