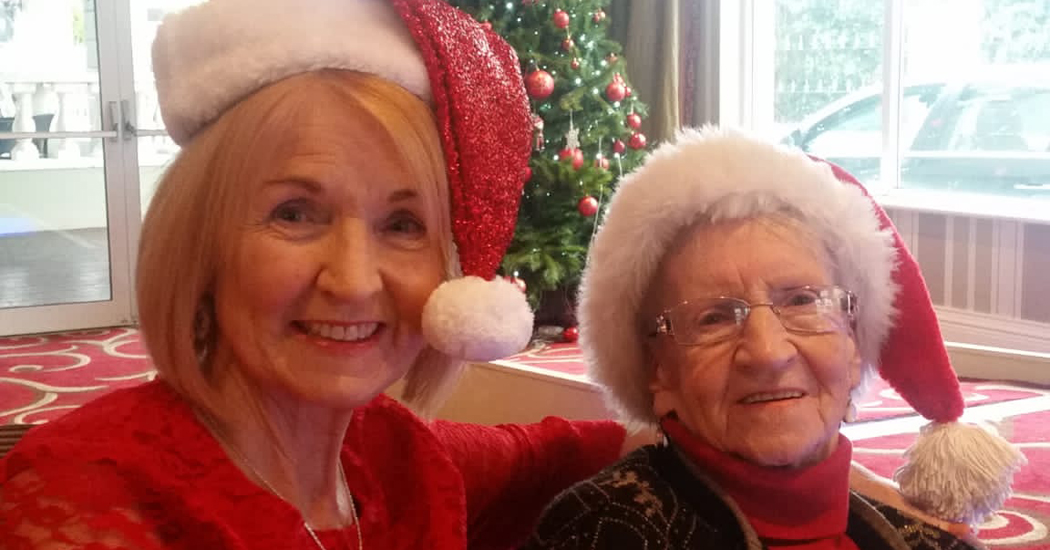 A Letterkenny singer has paid a poignant tribute to her late mother through the medium of song.

On the weekend of Nellie’s first anniversary, Evelyn released a cover of Sometimes, a heart-wrenching song about Alzheimer’s/dementia by Charlie McGettigan and Paul Gurney.

The lyrics are a reminder of the pain that families endure as they see a loved one’s mind fade. For Evelyn, the song was an important outlet of grief.

The remarkable Nellie O’Donnell, from Drumany, was the daughter of Donegal war hero James Duffy and Maggie (Hegarty). James received a Victoria Cross for his outstanding courage on the battlefields during World War One.

“She was a very kind, wise, funny and intelligent woman. She was years ahead of her time,” said Evelyn.

Nellie and her husband, the late Bobby O’Donnell of Corkey, had nine children. Their daughter Theresa (McCrabbe) passed in March 2020. 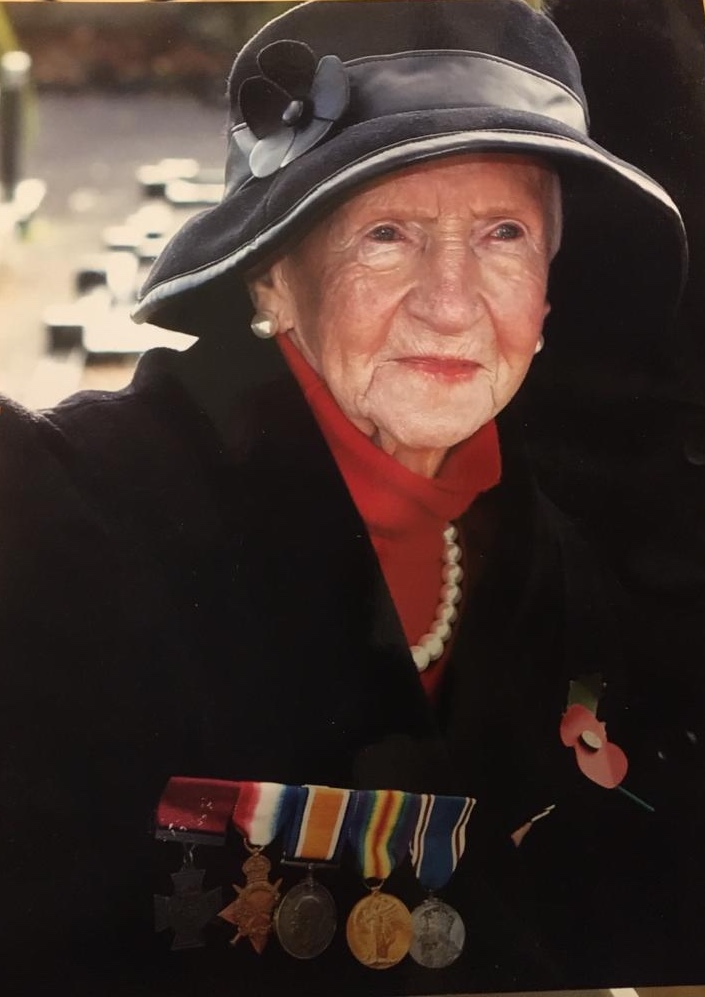 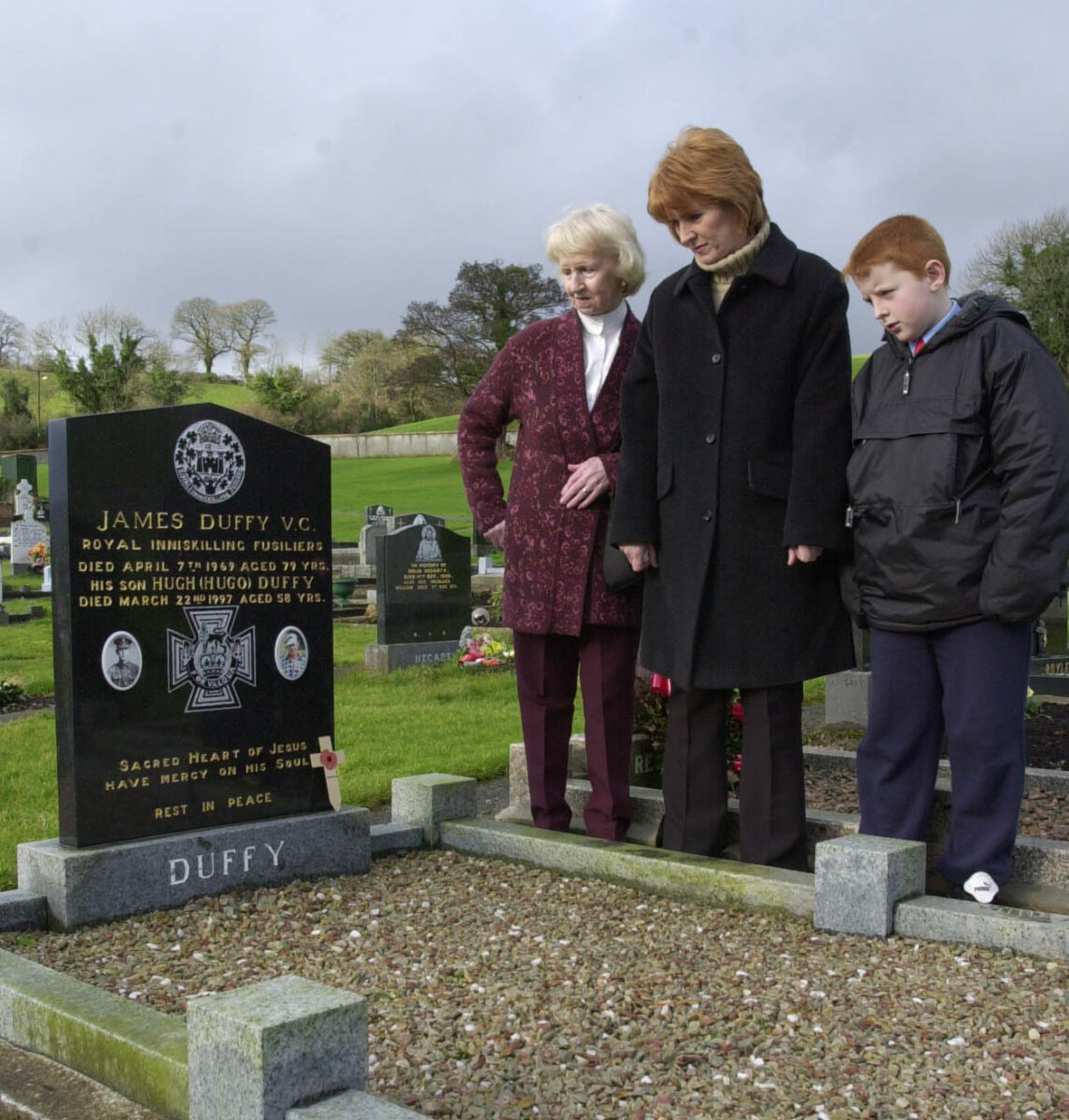 Nellie is fondly remembered as a ‘true character’ who loved dancing and the big screen at La Scala Cinema. She loved to be social, even after Alzheimer’s came along, and she loved the Alzheimer’s Society morning get-togethers in the Clanree Hotel.

The priceless support Evelyn and her family gained from the Donegal branch of the Alzheimer’s Society is one of the driving forces behind her new song release. Evelyn is planning a dance this summer to bring local talents together for the charity.

The other reason for the Sometimes cover is to raise awareness of Alzheimer’s/dementia.

“This terrible illness is growing so fast in the population. To some people, Sometimes is just a song, but to me and others, it’s difficult to hear. I cry every time I hear it, but I need to do it for mum. That is what made me push on,” Evelyn said.

“I asked Charlie McGettigan for permission to cover his song and he was very supportive. People relate to the words in so many ways. Even if they have suffered a loss without Alzheimer’s.”

Throughout her mum’s many years of illness, Evelyn came to learn a lot about Alzheimer’s. Many other people are in Evelyn’s situation now, and she would encourage people to do courses at any stage of the caring journey. Learning helps carers cope with the most difficult moments, she found, and to make their loved ones feel safe. Nellie also had HSE carers, and the home care service with the Alzheimer’s Society, for which her family is very grateful.

As Evelyn’s edition of Sometimes gets more and more radio airtime, the song is already making a special connection with others across Donegal. Evelyn hopes to tap into that power soon to launch her charity fundraiser with the full support of the Donegal branch of the Alzheimer’s Society, watch out for more details.

Evelyn would like to thank all her friends who helped with the project – Percy Robinson, who recorded the track, Brain McDaid, who produced the music video, Joey and Rose McDaid, Hugh McClean, John McHugh Seamus McBride, Malcolm Fisher, Pat Walsh and Joe Langan.

Local branch number of Alzheimer’s Society Donegal Town: 074 97 22795
(They will also advise on free courses for the carer, as would your Public Health Nurse.)