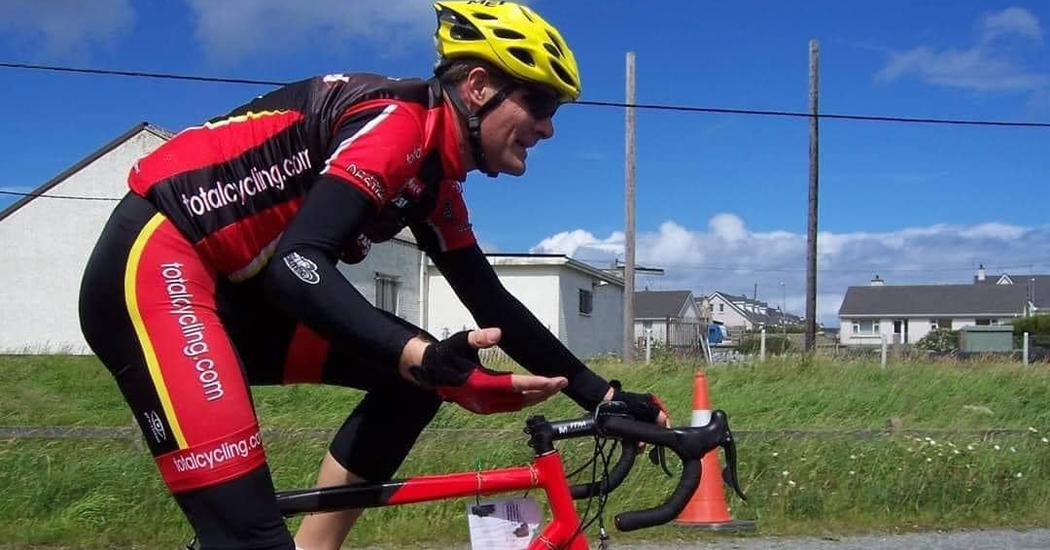 Tributes have poured in from far and wide following the sudden death of ‘gentleman’ cyclist Adrian McDermott.

Mr McDermott, a mechanic and longtime cyclist, passed away at his home in Carrigans on Monday.

A much-loved husband and father of two, Adrian was a hugely popular, successful and admired member of the local cycling scene.

His employers at LK Bikes led the tributes yesterday.

“We have not only lost a work colleague but a best friend. Rest in peace Adrian, we all love you.” they said.

Adrian was a regular competitor on the road racing and time-trial scene, representing Four Masters CC and VC Glendale “with distinction”, said a tribute from Cycling Ulster. He was part of the Total Cycling sponsored VC Glendale team alongside international riders such as Tommy Evans and Brendan Doherty in the early 2000’s.

The VC Glendale club said: “Adrian was an absolute gentleman and great teammate to many in the club he had just recently inquired to the club about rejoining in 2022 to race in the Belgium colours, he will be missed within our tight knit cycling family and this photo brings back many great memories of the success he helped bring to to the club.”

Donegal Bay, Letterkenny, Strabane Lifford, Finn Wheelers and the Foyle Cycling Clubs have also offered their sympathies and shared happy memories of Adrian on the road.

Foyle CC wrote: “Adrian was a true gentleman a great family man and a great cyclist. He was a regular at many of our club spins and cycling events over the years, when he wasn’t competing he was there cheering on the other cyclists at our road races and time trials. We will miss seeing you on the road Adrian, your friendly wave of acknowledgement as our training groups passed each other as we enjoyed our sport on the roads of Donegal, Derry and Tyrone.”

Condolences are being extended to Adrian’s wife Deirdre, his children, Grace and Adrian, his parents, Eamonn and Mary and his brothers and sister, Eamonn, Theresa, Patrick, and Michael.