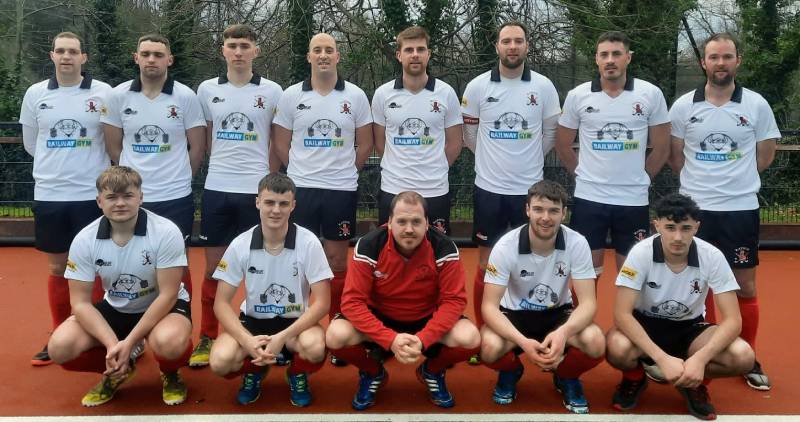 Hockey: Raphoe drop into bottom six after loss to Portadown

It was another tough day for Raphoe Mens 1st team as they went down 6-2 away to Portadown.

A fairly tight first quarter ended 0-1 to Portadown, careless possession at the back left Portadown four v two against Raphoe, a choice of two men to square it to at the back post, simple tap in, 1-0 to the home team.

Second quarter Raphoe improved, Matthew Lecky & James Wilson going close & George Patterson having a goal disallowed, as the quarter came to an end, Raphoe conceded a second, A Portadown attacker nipped possession from Raphoe in front of goal, Blake Boal, in the Raphoe goal was judged to have fouled him before he scored leaving umpire with no option but to deliver a penalty stroke. Penalty stroke converted, 2-0.

Third quarter again Raphoe improved but have been struggling to find goals at the moment. Simon Goudie, who returned from injury this week, went agonisingly close with two drag flicks but again it was the other end where the goals came, another two in quick concession making it 4-0. Raphoe did find a deserved goal before the end of the third quarter, Simon Goudie firing a drag flick past the Portadown stopper. 4-1

Fourth quarter Raphoe kept their heads up and reduced the deficit to two goals, a rare goal from Lee Stewart. A Simon Goudie drag flick was saved by the keeper, rebound fell to George Patterson who fired a shot which was again denied by the Portadown stopper but this time Lee Stewart was on hand to fire in at the back post.

Raphoe pushed for a third, Sam Magee pulling the strings at the rear but despite the best efforts of Lecky, Pearson, Eaton & Co, the Raphoe men eventually fell to a 6-2 defeat. A flattering scoreline for Portadown but a deserved win none the less.

Next up, Home to North Down Sat 5th feb