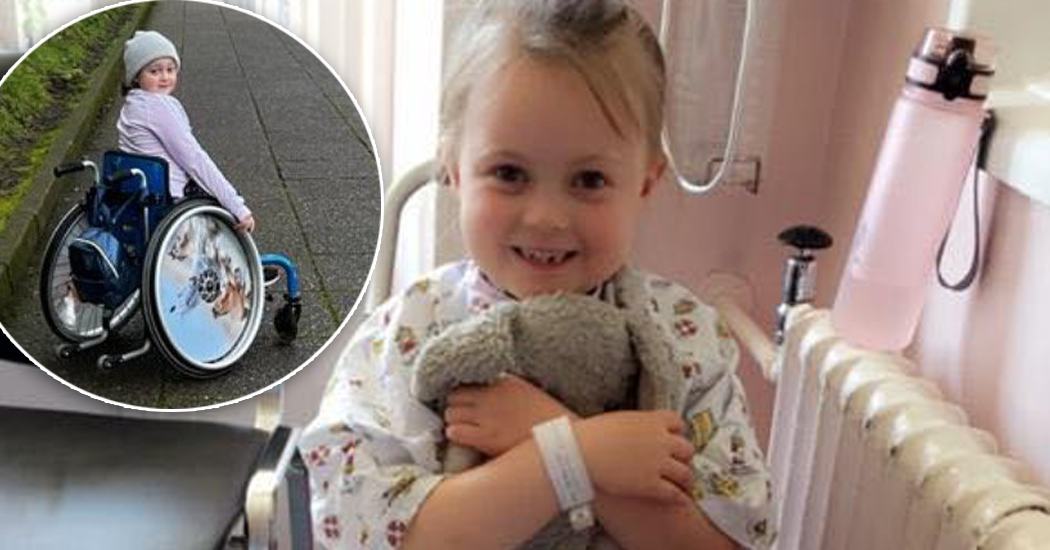 A Donegal girl’s wish is about to come true in 2022 thanks to the success of a huge community fundraiser.

Ellie’s Wish to Walk has touched many hearts throughout January. The campaign was set up in the New Year to raise funds for nine-year-old Carrigart girl Ellie McHugh, the daughter of Aisling McHugh from Donegal and Diarmuid Keane, originally from Co Cork. Ellie has grown up using a wheelchair as a result of aggressive cancer treatment as a baby.

Last year, Ellie’s family received the good news that she was an ideal candidate for an intensive therapy program in the world-renowned NAPA Centre in Los Angeles, USA. The family will travel to the States in October 2022.

Ellie’s fundraising team were delighted to announce on Sunday that, after a whole month of challenges and events, they have reached their initial goal of €50,000. More events are planned after January and donations are still being accepted for the cause in the hope that the next target can be reached and Ellie can get her best opportunity to be as independent as possible. (Visit the GoFundMe here)

An exciting mix of raffles, car washes, walks and bingo events took place in the Carrigart/Downings area and further afield during January. One of the biggest challenges was the daily sea swims organised by the ‘Daring Dippers’ in Downings. Every day, sisters Aoife Connor and Roisin Mc Bride, first cousins to Ellie’s mum Aisling, and their cousin Nicola Coyle have been braving the waves to raise money for the campaign. 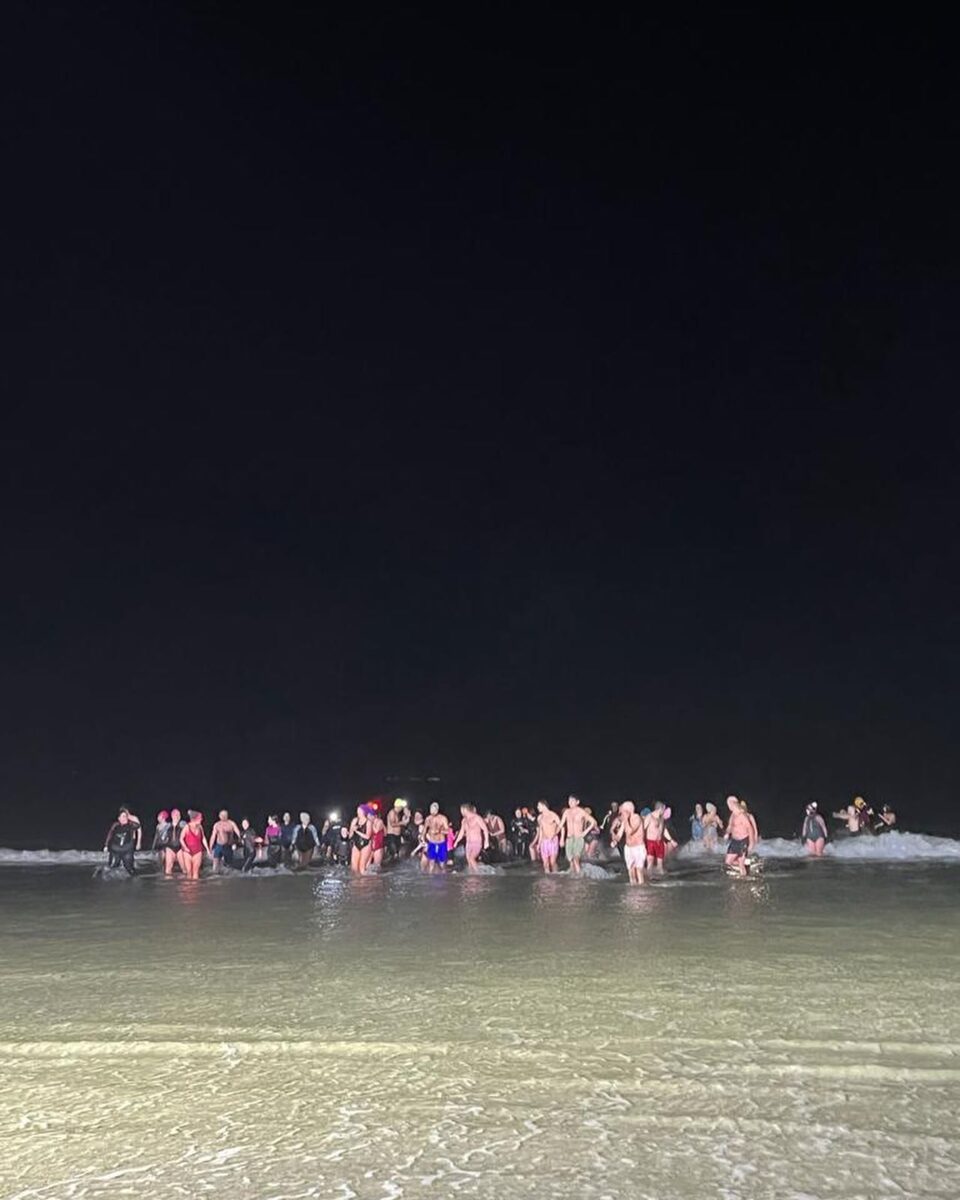 Day 31 of 31 of the Daring Dippers fundraiser. Photo: Ellies WishtoWalk 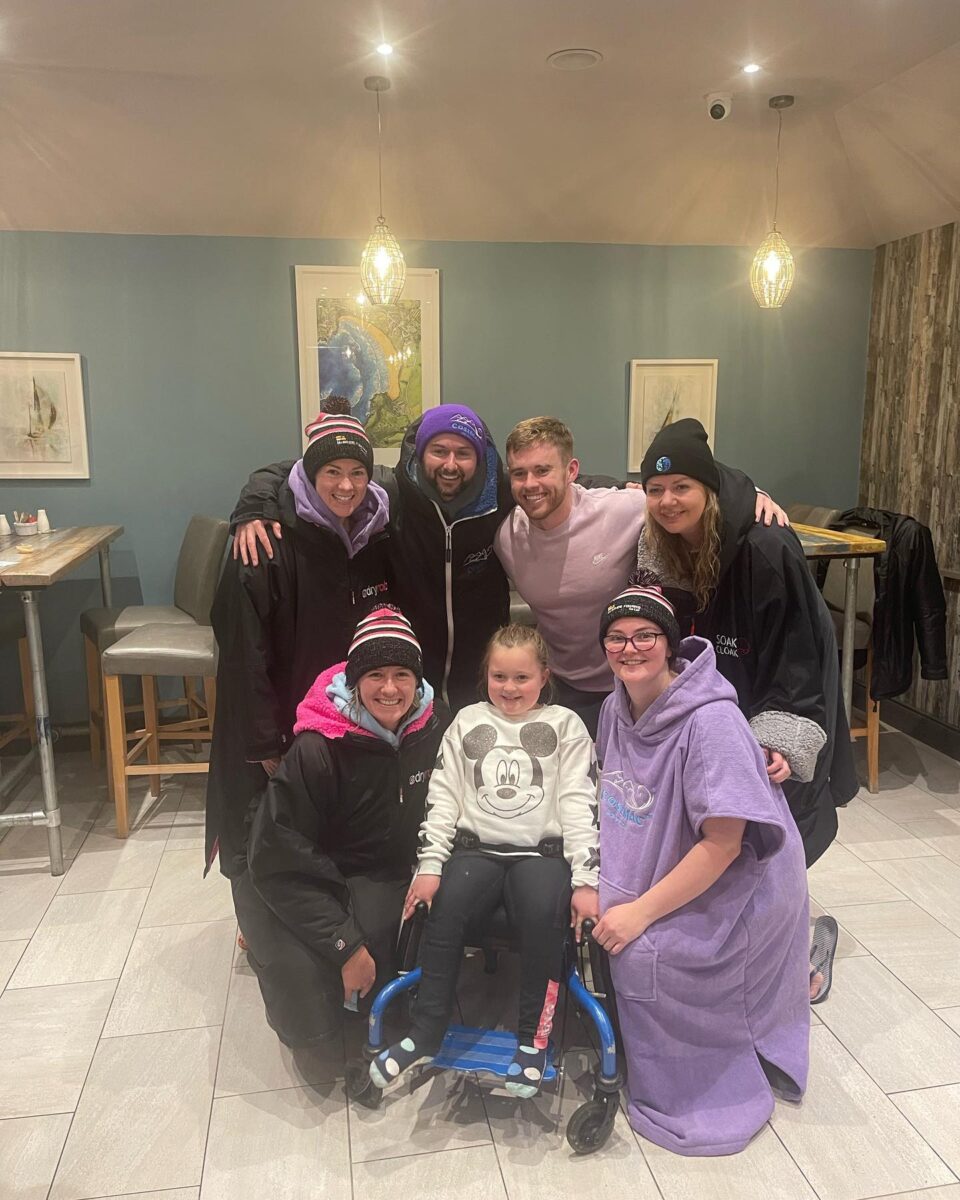 Ellie is joined by the Daring Dippers, ‘Mammy Banter’ Serena Terry, Paddy from the Viking Dippers and Dublin student Matt Meagher, who have all supported the campaign 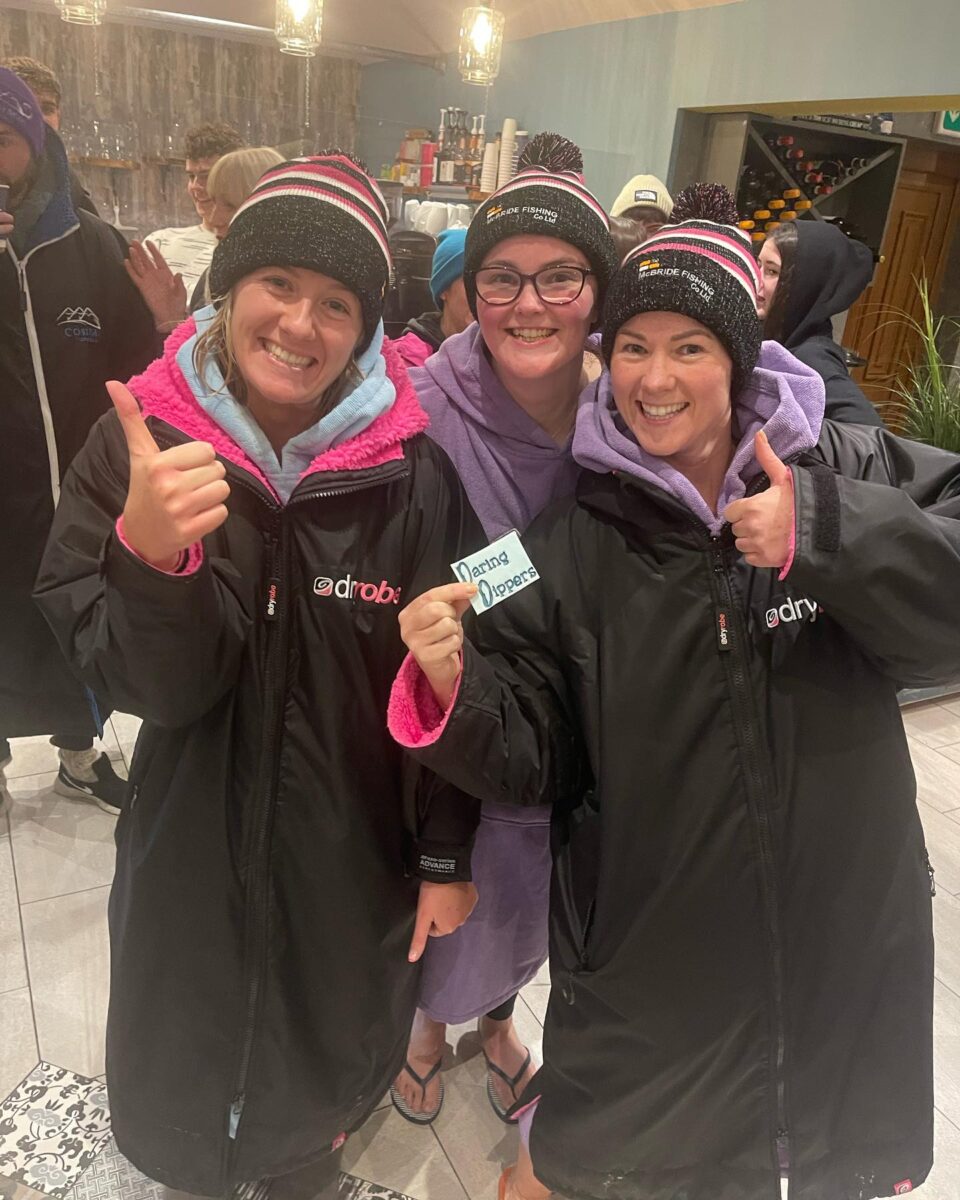 The trio of dippers on Day 31 of 31 of their fundraiser. Photo: Ellies WishtoWalk

Aoife, Roisin and Nicola shared their gratitude to everyone for the support and said: “We made it – we honestly could not have done it without the support from everyone who has joined us on our dips.

“We have reached a target that we never thought in a million years we would reach in one month. From the very first day we put up our page and GoFundMe it just took off with an overwhelming amount of support and donations. To every single person who has shared, joined and donated we will be forever grateful.

“Our own local community and businesses – community spirit shone through in an enormous amount, from the tip of Donegal to the bottom of Cork.

“Every dip and donation has taken us a step closer to making Ellie’s wish come true.”

The campaign to support Ellie’s journey hasn’t stopped just yet. More events are in the pipeline, including “Ellies Classic Car Run” in Cork and a music night, raffle and auction in Tiffy’s Tavern in London in March which is in aid of both Ellie and Rocco McGinley, a Buncrana teenager who has also benefitted from incredible community support this January.