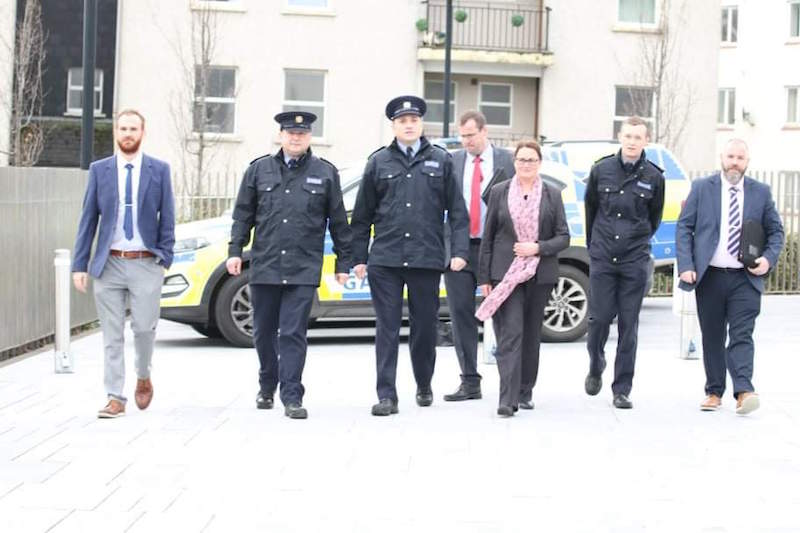 The Garda Representative Association has called for a full review of how better to protect unarmed officers when confronted with armed aggressors.

The call was made by Vice-President of the GRA, Garda Brendan O’Connor, following the sentencing of Stephen Dowling at Letterkenny Circuit Court today.

The court heard how officers, many unarmed, put their lives on the line when Dowling went on the rampage in Glenties armed with a high-powered rifle.

It took more than 40 minutes for two armed detectives to arrive on the scene and back up their uniformed colleagues.

Garda O’Connor said the “terrifying evidence” given in court gave the public an insight into the daily dangers that Gardai face on an ongoing basis. 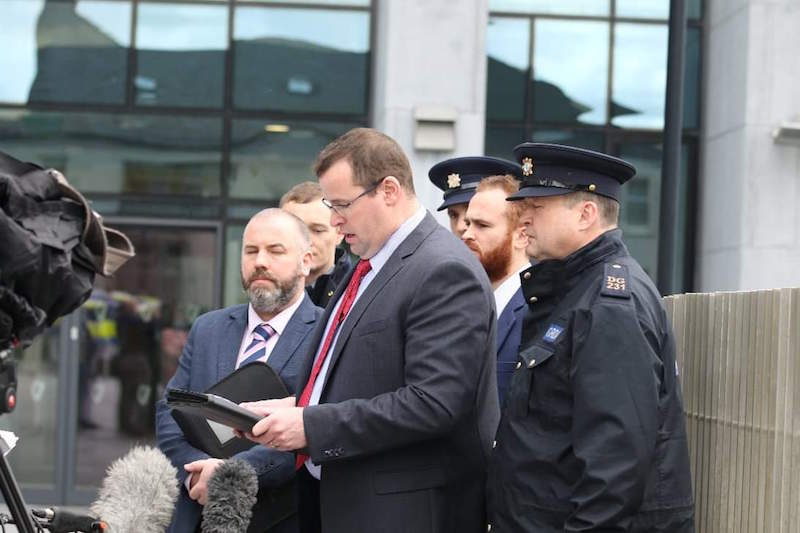 Garda Brendan O’Connor of the GRA surrounded by members who were involved in the Glenties shooting. Pic by Northwest Newspix.

He said “This incident unfolded with no warning in a small rural town and there is no doubt that the courage and bravery displayed by Gardai on the night brought the incident to an end without injury to any person.

“The Gardai on the night were fired upon with a high powered hunting rifle and came within inches of losing their lives. Their bravery and selfless acts on that night put the safety of the public ahead of their own, and for that we will forever be grateful.

“The people of Donegal and the country are very fortunate to have officers of this calibre protecting them on a daily basis and our colleagues within the organisation take comfort in knowing that they can depend on people like this at their time of greatest need.”

He added that this is not the first time Gardai have expressed such concerns and called for more armed back-up for officers.

“Members of the Garda Representative Association in Donegal and other divisions have consistently expressed concerns about the availability of armed back up and this incident has demonstrated how legitimate and well-founded those concerns are.

“These members who faced the very real prospect of not coming home from work to their families that night have asked that the GRA seek a comprehensive review to explore what steps can be introduced in order to improve how such incidents are responded to in order to improve the safety of members, better protect communities and provide better post incident support to our members,” he added.