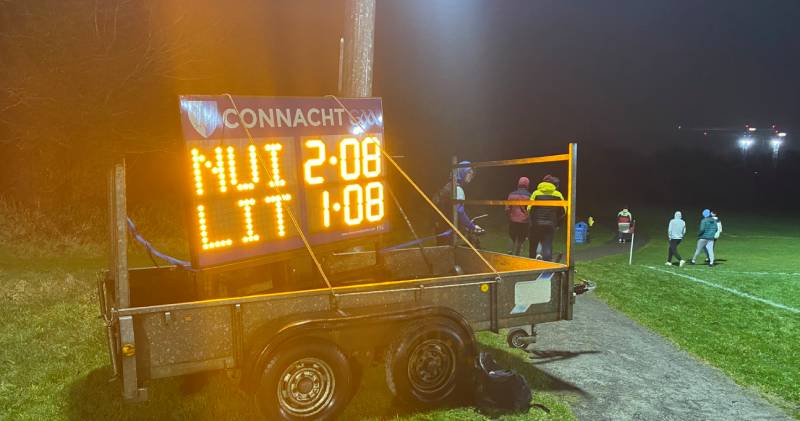 LYIT lost out by a goal in the quarter-final of the Sigerson Cup against NUI Galway in Dangan.

LYIT took an early lead as they were 0-04 to 0-01 up after 20 minutes thanks to Conor O’Donnell and Jason McGee while Joel Bradley Walsh scored two as they took their chances, while NUIG had 5 wides at this point.

The second quarter was dominated by the home side as LYIT didn’t get a score and went in 1-05 to 0-04 down.

A couple cards gave the Donegal team plenty of hope for a route back into the game, with Nathan Mullen black carded and minutes later, Gavin Durcan received a second yellow card.

It was almost a repeat of the first as as LYIT would regain the league with a trio of points from Conor O’Donnell, Joel Bradley Walsh with a 45 and Jack McSharry, while Ryan McFadden got a goal without reply and an exchange of scores left it at 1-07 to 1-07.

But the decisive score came with not long to go as NUIG scored a goal.

Oisin Langan got a point back but they couldn’t make up the points.

LYIT will be left disappointed that they couldn’t make the man advantage count but have left with their heads held high after having competed up to the last kick with some of the best universities in Ireland.