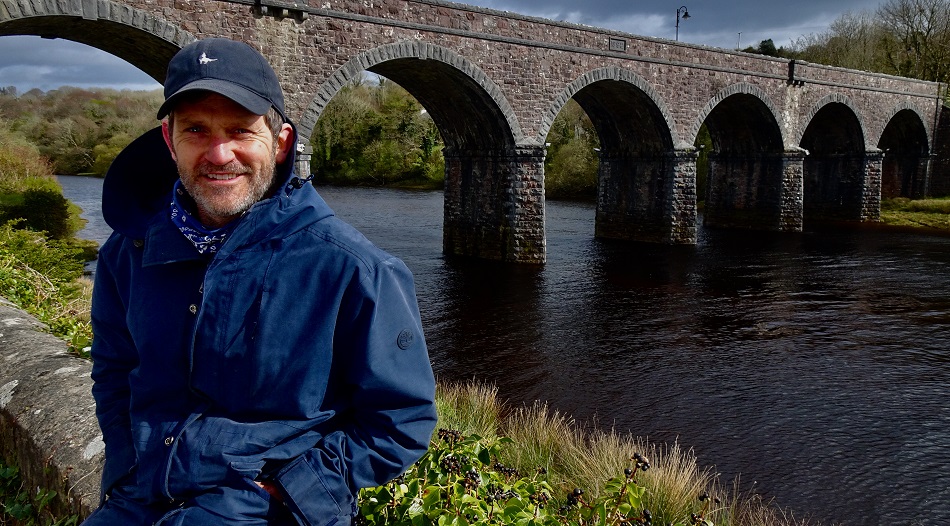 Donegal’s historic bridges will be featured in a new TV documentary series this week on RTE One.

Droichid Na hÉireann tells the story and history of Ireland’s beloved bridges. Presented by actor Lochlann Ó Mearáin, the six-part series explores the history, architecture, landscape and above all the people behind extraordinary bridges and the pivotal role they have played in historic events and in modern day society.

This Monday 7th February, on RTE One at 7.30pm, Lochlann ventures to the hills of Donegal. He takes in the Poisoned Glen, Bundoran Bridge, Bruckless Bridge, Cruit Island Bridge, The Poisoned Glen Bridge and The Red Bridge.

Lochlann will try his hand at the traditional game of handball at Bundoran Bridge, take a look at the history behind the disappearance of the Donegal railway line and catch up with musician Mairéad Ní Mhaonaigh under the shadow of Errigal. He will then travel to the walled city of Derry where he will sail along the River Foyle to learn about how one modern structure has built bridges between two communities.

From road to railway bridges, viaducts to footbridges, these man-made structures have long been an integral part of our country’s infrastructure. But beyond their primary function, how much do we really know about these structures?

See the episode of Droichid Na hÉireann on Monday 7th February, on RTE One at 7.30pm.