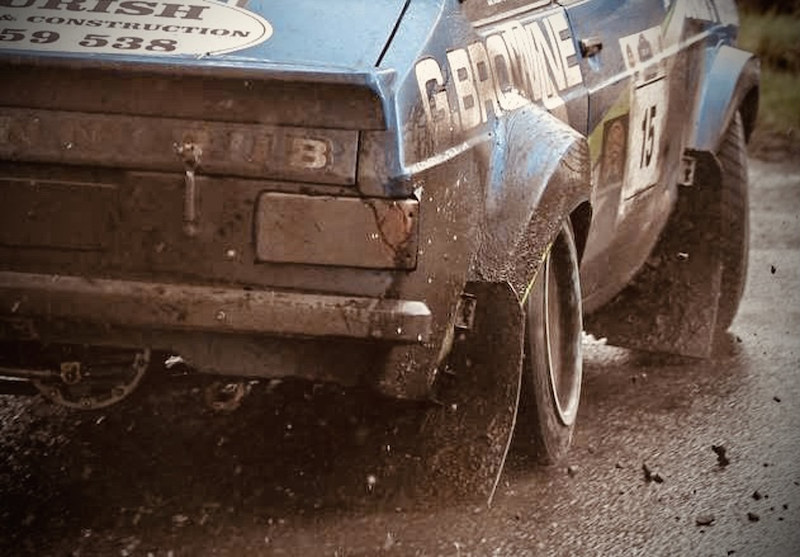 ‘Come up and make me smile’ by Steve Harley and the Cockney Rebel comes to mind as a song that’s a familiar riff and the beat of the song in not unlike the Galway rally that has drawn that smile for many’s a year.

And it would have to be a Ford Escort Mk 2 that would be the car, covered in a dark brown coat of road grim, door plate wiped clean – this is ‘The Galway’ for me.

Years ago it would be the Belfast Telegraph and great motorsport journalists like Sammy Hamill that would have it first about who was heading to Galway but now it’s Facebook.

I’m scanning the background in the photo to see if I know where the location is.Cold, wet and miserable, but once you hear that high pitched note in the distance as fuel is pulled in through a set of throttle bodies and the lightning quick action of a sequential gear change as a ‘modified’ is heading to your junction at full tilt, the hair stands on the back of your neck!

A few years ago before the lockdown, we had lost one Galway rally and the fear was that it was going to go for good 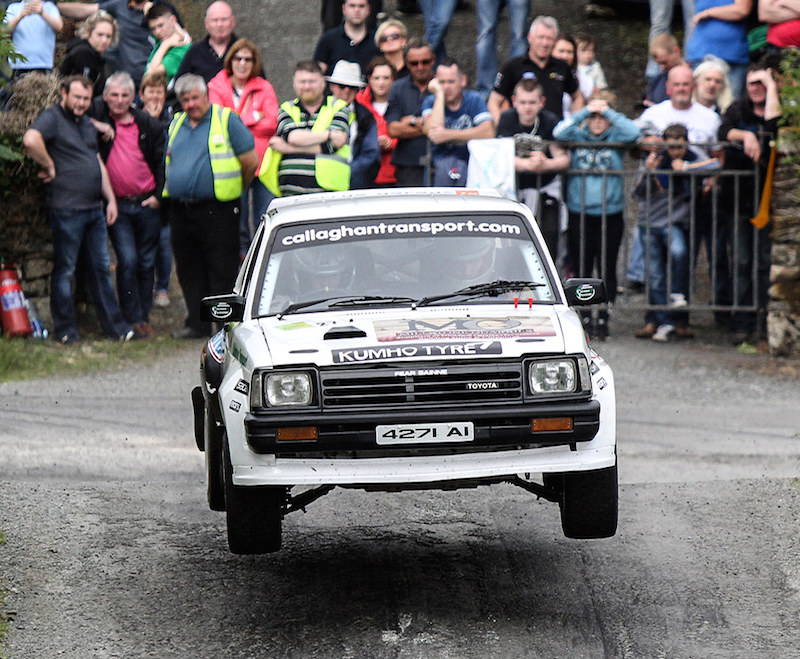 Declan Gallagher who will lite up the stages in Galway this weekend with his rear-wheel drive Toyota Starlet. Photo Brian Mc Daid.

But if anything came of these old lockdowns it made us appreciate what we already have and made this year’s rallying opener the place to be in February as these entries went to an all time best.

Then to put a tin hat on it Craig Breen and Paul Nagle lit the touch paper for the ‘22 rally season as they headed to a podium finish in Monte Carlo.

We were all on our phones looking in Trivago or bookings.Com for accommodation for the first weekend in February. 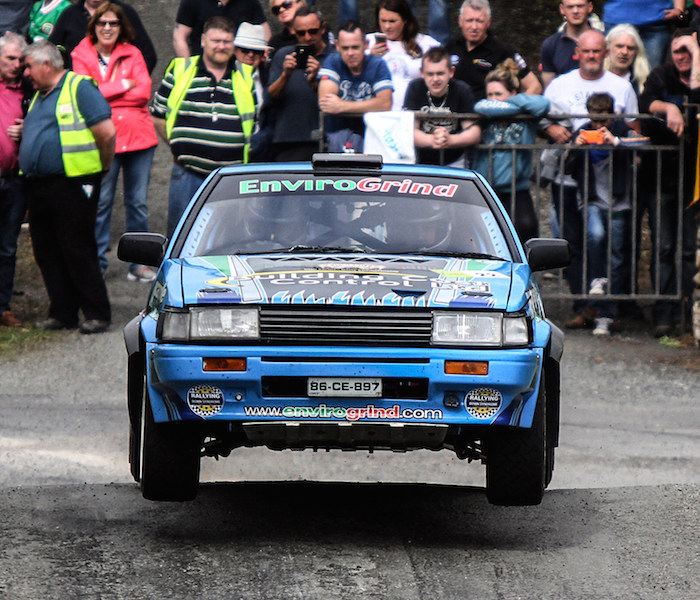 Kevin Eves the man to beat in Galway this weekend seeded first on the road in the modified. Photo Brian McDaid

Earlier that morning I was up at one of these possible locations looking for the tell-tale signs on the road that a car might have been put through it’s paces.

The railway looking tyre lines through a corner of a four wheel drive system stuck to the road. The flattened grass verge on the inside of a corner that match the place note ‘Big Cut’. More scanning through social media finds me an image and a memory of a blast from the past it Tim McNulty and he’s back at it again, his Fiesta was pictured in Donegal before Christmas when it headed to the Rosses to Signz graphics to get its beautiful blue graphics on the car. 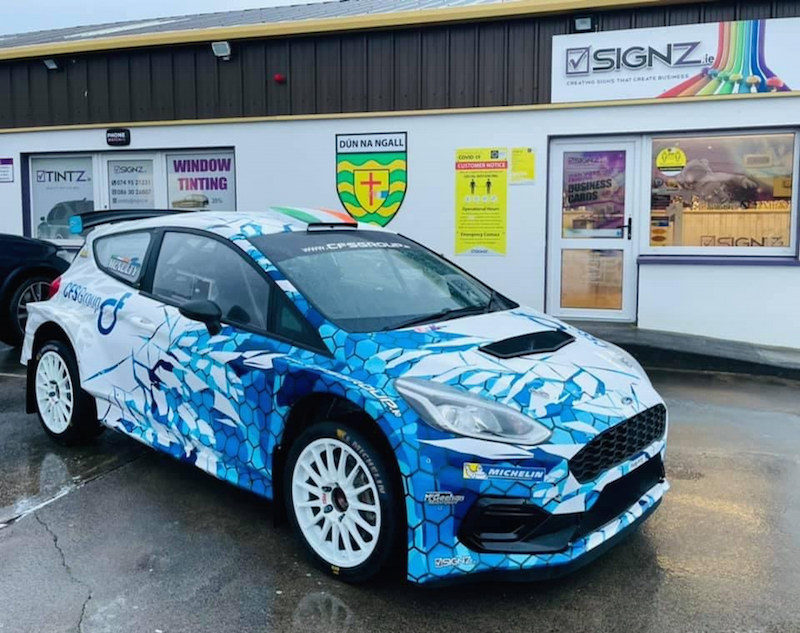 Tim Mc Nulty’s Fiesta graphics on and ready for Galway.

I see the Milkman, Declan Gallagher in his rapid Starlet is going and word is that Kevin Eves had his engine for sale at the end of last year, it will be exciting to see what Kevin has progressed to seeded first on the road in the modified Corolla Twin-cam.

The Landscaper Damien Tourish will go from moving the scenery to staying away from the Galway stone walls and as always himself and Domhnall McAlaney will have a big prep done on the notes to find every possible piece of grip on the slippery stages that are the Galway Rally in winter in their Mk 2. 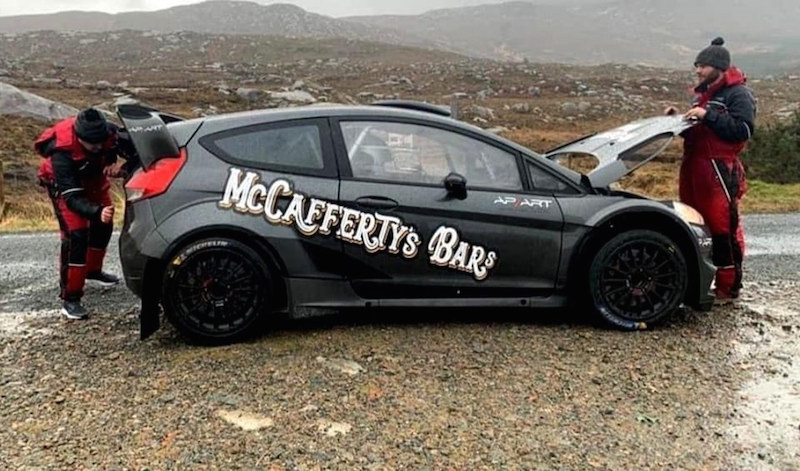 Putting some final touches to Declan Boyle’s Fiesta for the forthcoming Galway rally this weekend.

Donegal has two crews in the battle in the R5 and WRC in Donagh Kelly and Declan Boyle in a Polo and Fiesta respectively, both former outright winners of this event. 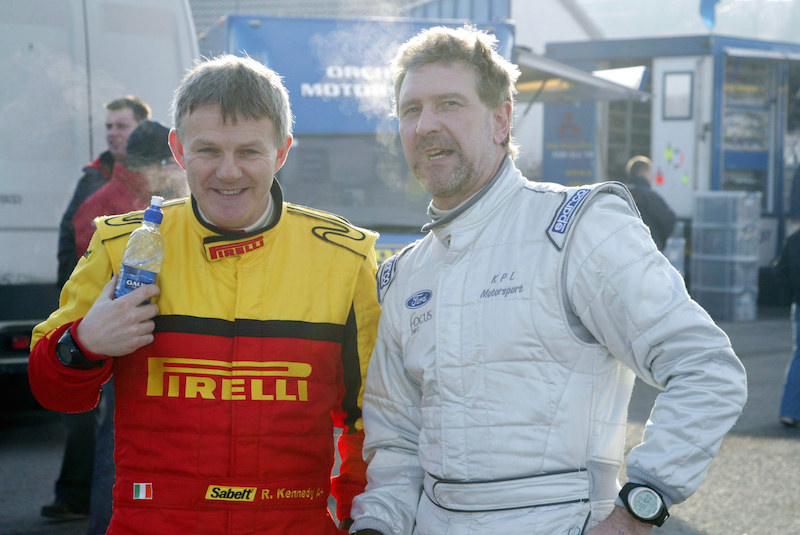 Five times winner as navigator on the Galway Rally Rory Kennedy pictured and Gordon Noble in Galway a few years ago both out to do battle this weekend again. Photo Brian McDaid

Letterkenny navigator Rory Kennedy is Donegal’s highest achiever navigating five overall wins, two with the late and great Bertie Fisher, once with Mark Higgins and twice with his present driver Garry Jennings who will be back this weekend contesting the event in his Fiesta looking for his third win in Galway.

And then there are the competitors that will be starting in Galway for the first time this weekend, burning the midnight oil trying to get their car ready for scrutiny on Friday afternoon and creating a new set of Galway memories. 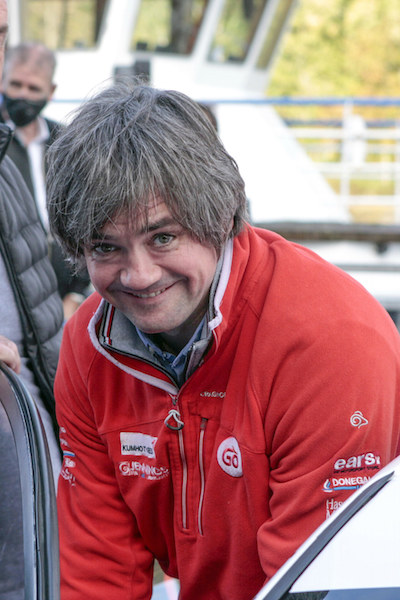 Gary Jennings who will start his 14th Galway Rally this weekend with Letterkenny’s Rory Kennedy on the notes. Photo Brian McDaid.

75 brake is 20 more horsepower than what we had on tap heading down to our first Galway 40 years ago in a Roscommon registered Ford Escort.

That car all 57 bhp of it made up the famous five, driver Ben Dunleavy, Gerry Doran, Bernie Toye and myself.

That was the same year that the Mk2 Ford Escort was coming to the end of its production. But forty years on that old icon is still winning hearts. Had my first drink of Harp Lager in the car park out of a six pack by the neck at the side of Leisureland in SaltHill and four of us slept in the car that Saturday night.

It’s a pilgrimage I try to never miss. Over these last 40 years, I still love to hear someone say the words “RU for Galway ‘ and I will be heading down the road with all of 75 brake horsepower in my white Berlingo van trying to figure out another Galway rally map and enjoying the craic. 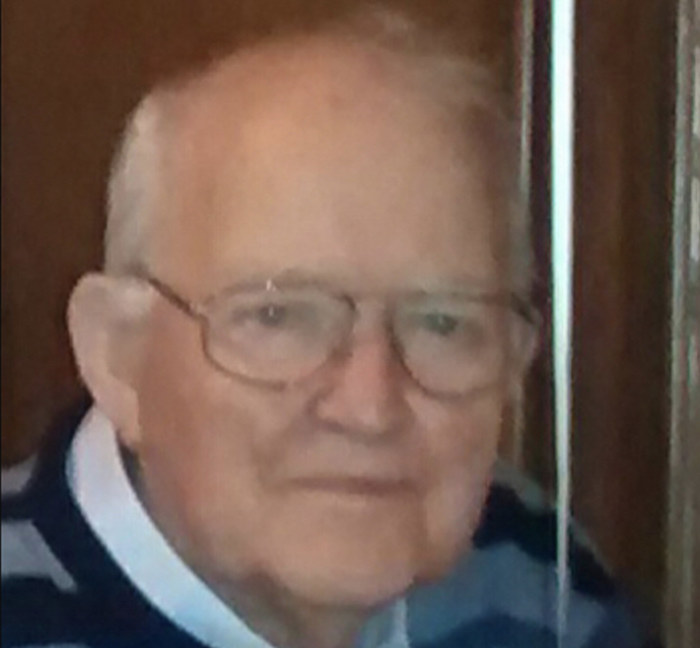 The Late Jim Tease who passed away at the weekend.

It’s with sadness at the start of a new year that I come to the end of a chapter of growing up in Glencar with the news that my neighbour from Wolfe Tone place the late Jim Tease passed away at the weekend.

He was the last of the old crew of Letterkenny Fire Brigade that I remember growing up in Letterkenny answering fire calls at all times of the day and night.

So it was very fitting that Jim was remembered by the present day fire service to lead his last journey out of Wolfe Tone Place on Tuesday afternoon.

Norman Spratt was the driver of Delta Lima 11 Juliet 1 fire appliance, Norman placed a standpipe key and Bar in the hearse, part of the standard equipment still used today to find water arriving at a fire before Jim departed form Glencar. 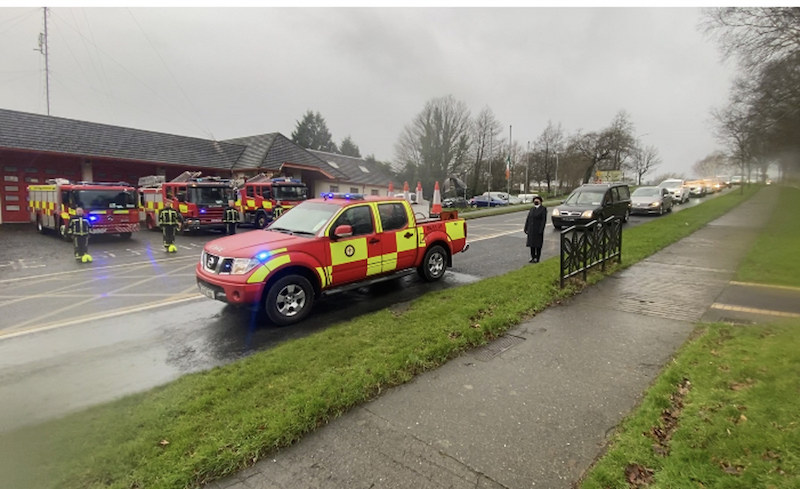 The funeral of the late Jim Tease stopping at the fire station in Letterkenny on Monday afternoon. Photo Brian McDaid

Members of the fire service came to attention as the cortege arrived at the fire station where all of Letterkenny fire fighting appliances were turned out at the front of the station where the traffic came to a standstill for a minute in memory of Jim.

At Gortlee, former firefighters were there to say goodbye to their former colleague where Jim was laid to rest with his late wife Martha and son Trevor.

The late Jim Tease was the last remaining original tenant to get a house when they were first built back in 1954, for nearly seventy years Jim has made Wolfe Tone Place his home with his family.

Jim always had dogs including pets called Shot, Glen and Pepper which come to mind. He always had a car when very few had one in the estate, always with the bonnet up keeping everything right.

From a beautiful red Sunbeam complete with an overdrive, a purple Mk 2 Cortina GT, to a white Opel Manta. Jim will be sadly missed by all of us how remembered him, and especially by his children Gwen, Tommy and Yuel and all his grandchildren and extended family