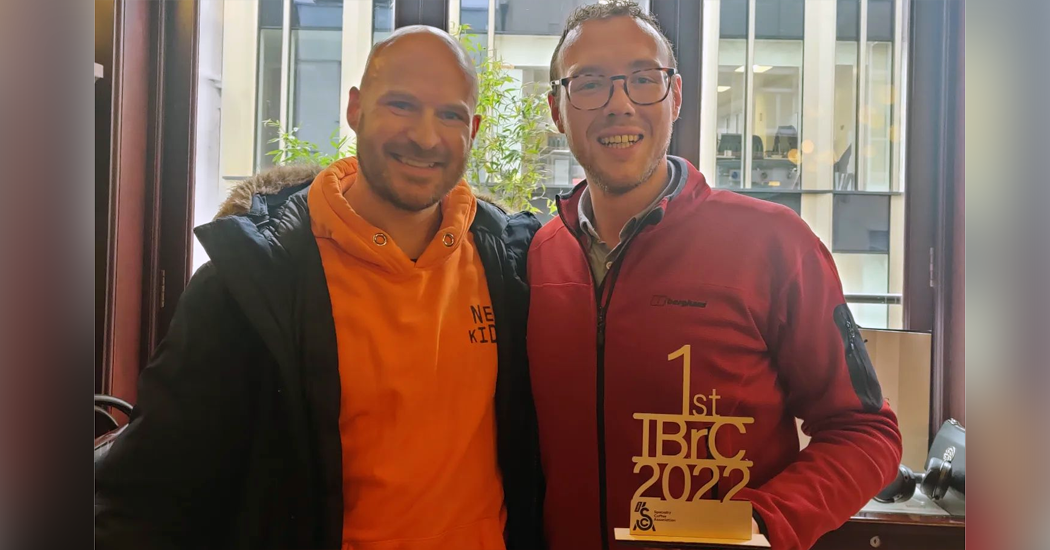 Celebrations are underway after Donegal man Keith Blackburn was crowned as the number one coffee brewer in Ireland.

Keith, who is the assistant roaster at New Kid Coffee in Letterkenny, wowed the judges with his brewing skills to take the title. He will now go forward to represent Ireland in the World Brewers Cup in Melbourne in September 2022.

The contest was held in Bewleys in Dublin, where Keith competed against five other roasters from across the island who are all top of their game. The task was to brew three identical cups of coffee for an expert panel of judges.

“I was in disbelief when my name was called out,” Keith said. “Now I’ll be keeping the head down and keep working towards the world cup. Yesterday I was thinking it was a great relief to get it done, now I’ll be starting all over again.”

Keith’s competition coffee is sourced from a special family farm in South West Columbia. The coffee is grown in a valley that lies between two active volcanoes, with perfect growing conditions and processes combining to create a truly unique taste. Keith describes his brew as being like a tropical IPA, with apple, pear and fruity notes. “There is a lot going on and it’s very different,” he says.

The coffee is roasted at Donegal’s first speciality coffee roastery, New Kid Coffee, where Keith now works full-time alongside founder Richard Finney. Keith is well-known as a former barista at The Counter Deli. When Covid-19 hit, he took the time to fine-tune his skills during lockdown before putting himself forward for the Irish Brewer’s Cup.

Keith is keen to share the success and celebrate the national accolade for New Kid Coffee too.