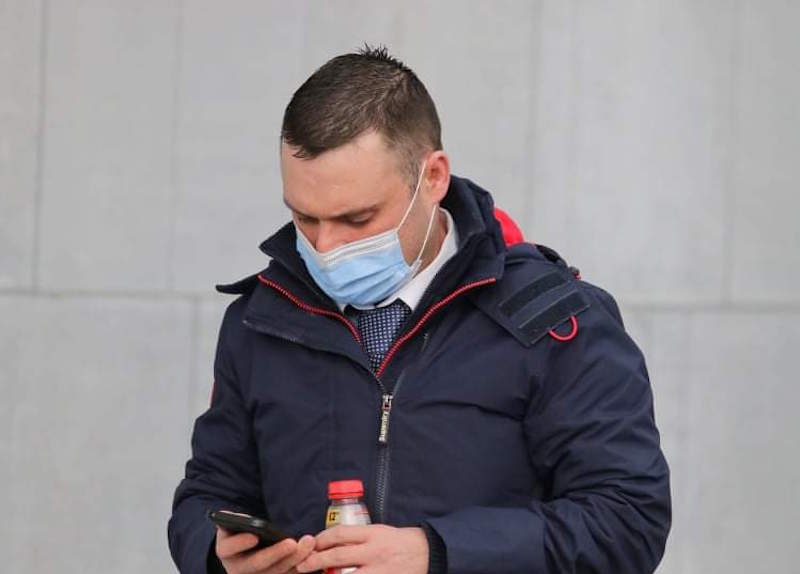 A man who held a knife to his wife’s throat and threatened to kill her has been jailed for two years.

Jimmy McGinley went berserk when his wife Antonia O’Brien mentioned their late child while they were at home having drinks.

Ms O’Brien said she thought her kids would find her dead after her husband held a kitchen knife to her throat after he exploded in a fit of rage.

McGinley appeared at Letterkenny Circuit Court where he pleaded guilty to a number of charges.

The 34-year-old unemployed chef was charged with making threats to kill, producing a knife in the course of a dispute and also assaulting Ms O’Brien.

Gardai told the court how a hysterical Mrs O’Brien called the emergency 999 number at around 1.30am on March 30th, 2019 saying her husband was trying to kill her.

The couple had been drinking in their home at Glendale in Letterkenny when Mrs O’Brien mentioned a baby the child had lost through miscarriage nine years previously.

The accused “lost it” and grabbed a large kitchen knife and put it to the throat of his wife.

Mrs O’Brien said in her statement “I literally thought he was going to kill me. I pleaded with him not to. I didn’t want the kids to find me dead in the morning. The knife was touching my neck it was so close.”

The victim managed to kick out at McGinley, who has no previous convictions, and managed to call Gardai.

During an initial interview, McGinley said it was his wife who started to speak about ex-partners and she had gone crazy and threatened to kill him.

He said he didn’t recall any conversation about losing a baby.

However, in a second interview with Gardai, McGinley said he never thought he would hurt his wife and said she must be thinking who he was.

Ms O’Brien declined to make a victim impact statement and was not in court for the sentencing.

Barrister for McGinley, Mr Simon Gillespie made a detailed plea for his client describing the guilt and shame which had overcome him since the incident.

He said he has sat across from McGinley on three occasions discussing his case and each time he has cried and expressed his deep remorse.

He asked Judge John Aylmer to consider a number of mitigating factors including his client’s early plea and the fact that it stemmed from an emotionally charged incident about a lost child.

He added that his client did all he could to ensure his wife an children were not put through a trial in the court and also referred to McGinley’s difficult upbringing.

The accused had joined a group called Men Overcoming Violence (MOVE) and was completing a 12 week course to address his issues.

“A custodial sentence would be truly devastating for him and I would ask you to allow him to continue on the path of rehabilitation,” added Mr Gillespie.

Judge Aylmer said this was a serious case which in ordinary circumstances would merit a custodial sentence.

Passing sentence he viewed the threats to kill Ms O’Brien encompassing the production of the knife and the assault as the most serious aspect of the case.

He noted that McGinley had no previous convictions, had cooperated fully with Gardai and had given an early plea which led to sparing his wife of any trial.

He said he also appreciated he had a difficult childhood, had lost contact with his wife and three children but did show victim empathy.

He sentenced McGinley to three years in prison but suspended the last 12 months of the sentence to incentivise him going forward.

He also ordered McGinley to abstain from all drugs and alcohol when released and engage in all counselling.

The suspension means that McGinley will serve a total of two years in jail.