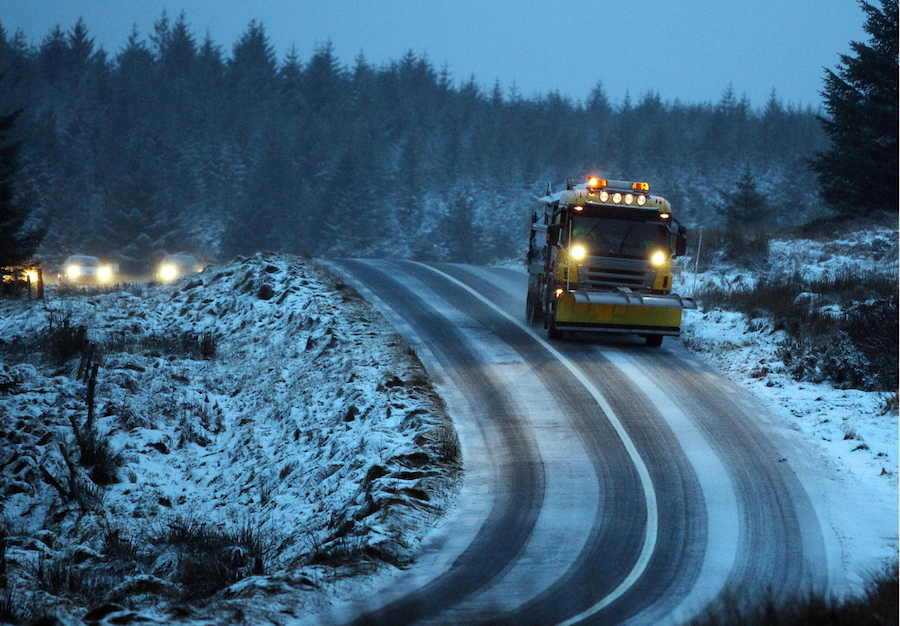 Snow on the way for Donegal as weather takes sharp turn

A very cold day is in store for Donegal tomorrow with forecasters warning of snow and icy conditions.

Met Eireann has issued a status yellow alert for Donegal only, beginning in the early hours of tomorrow morning.

Showers are expected to turn to hail, sleet and snow over higher ground in the north west. “Some icy stretches expected,” the warning said.

“There’s a risk of isolated thunderstorms too,” the Ulster forecast says. “Lowest temperatures of -1 to +3 degrees, coldest in the east, with some frost and ice.”

The snow/ice warning takes effect from 3am until 10am this Friday.

Donegal County Council gritters will be in action on all main routes from 9pm.

Friday will be a “cold, bright day with sunshine and showers, some heavy, of hail and sleet and some snow over higher ground.”

Temperatures will stay low at 4 to 7 degrees and “feeling colder in moderate to fresh and occasionally gusty westerly winds,” said Met Eireann.

More mild conditions are expected for the weekend.

Snow on the way for Donegal as weather takes sharp turn was last modified: February 4th, 2022 by Rachel McLaughlin
Facebook0Tweet0LinkedIn0Print0