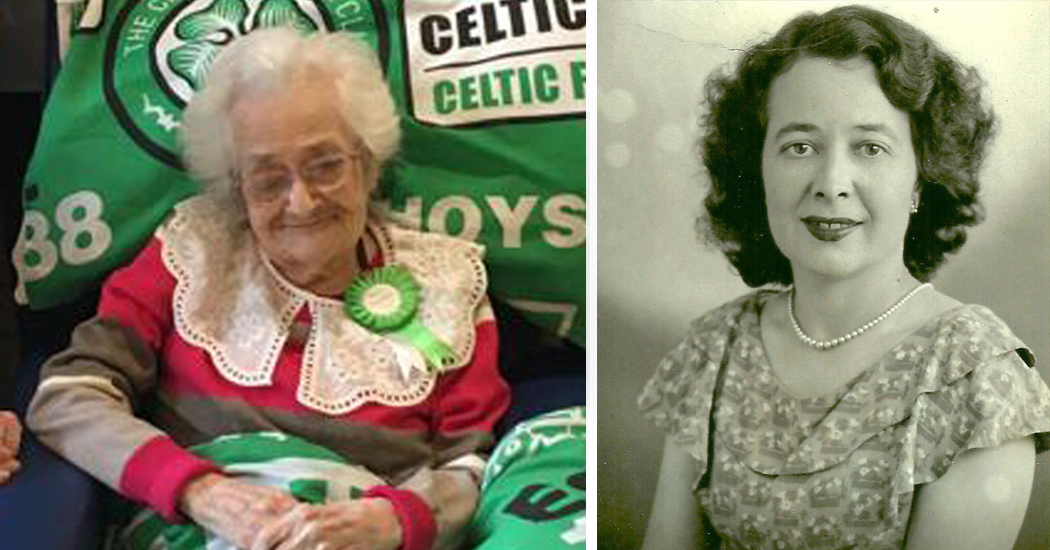 One of Donegal’s oldest citizens has celebrated another incredible achievement after turning 106 this week.

Maggie O’Donnell from Dungloe had a lot to celebrate on her birthday on Thursday. As well as being showered with presents and well-wishes, the lifelong Celtic fan also relished in her team’s win over Rangers!

Maggie, who lives in Aras Ghaoth Dobhair nursing home, got the royal treatment yesterday with family and staff giving her balloons, flowers and cake for her special day. 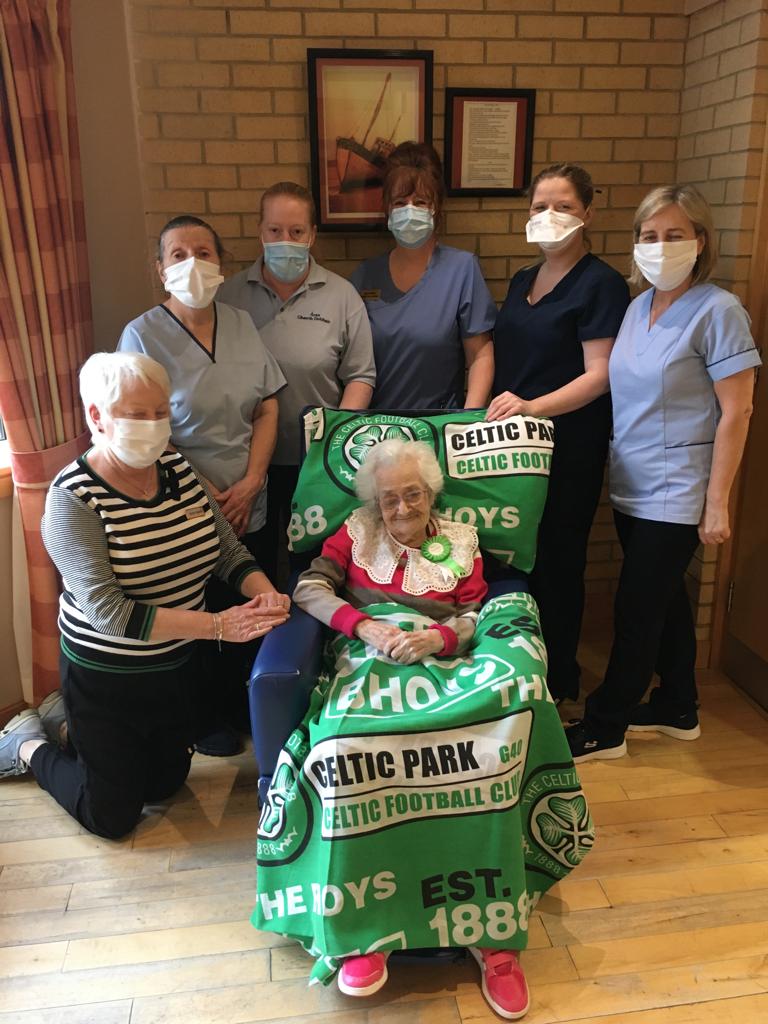 Maggie also enjoyed a personal video message from none other than Daniel O’Donnell, who kindly recorded a rendition of ‘Homes of Donegal’ just for her.

“It was so kind of Daniel to send us the message,” said Sheila Friel, a niece in law of Maggie’s, and wife of Maggie’s nephew Eamon, the former mobile barber.

Born in 1916, Maggie has had a rich life of travel, family and craic. While she never married, she has a large family of eight nieces and nephews. She loved to keep an open house in Dungloe and family were always welcome to stay the night. 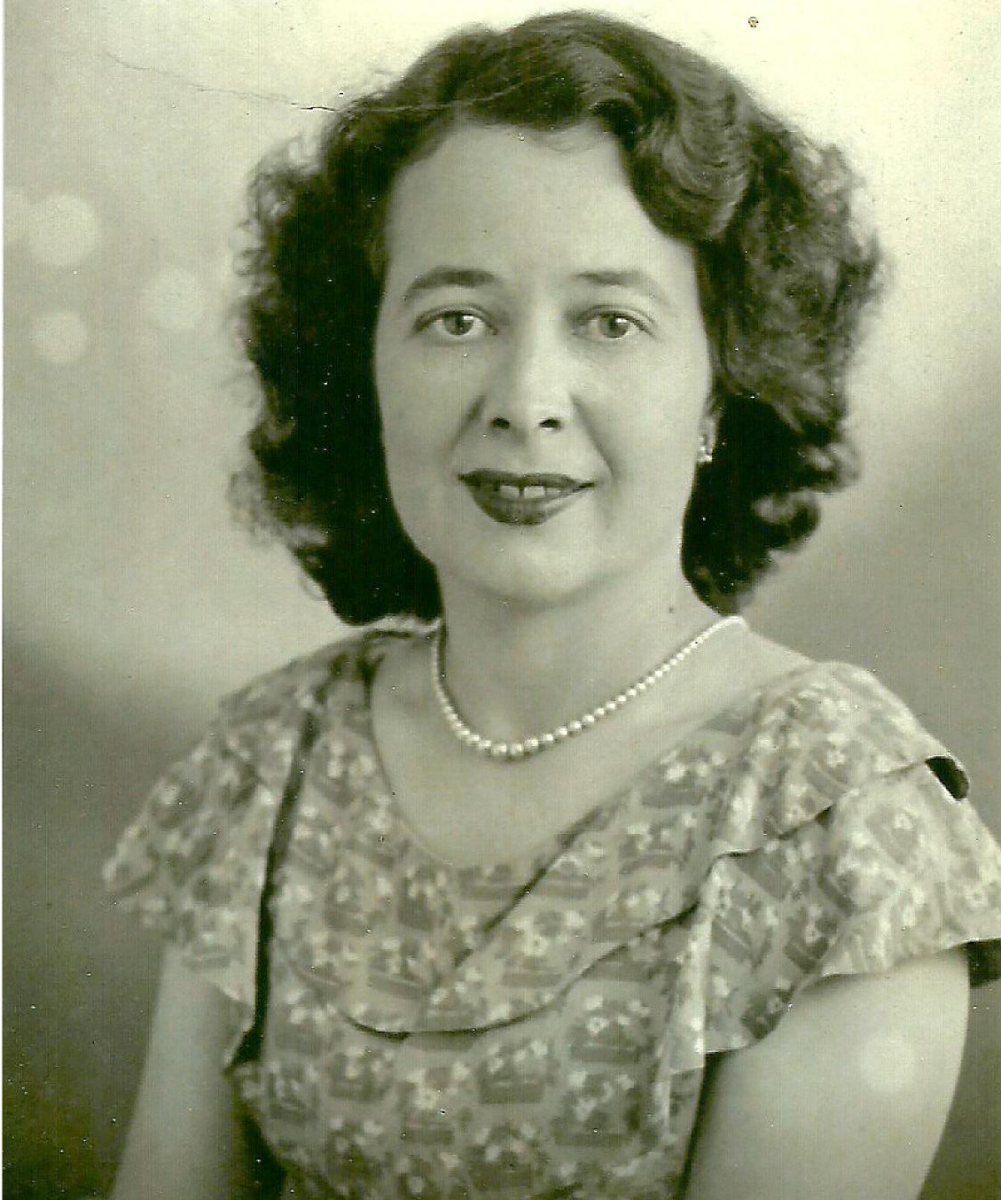 Maggie O’Donnell in her younger years

As a young girl, Maggie travelled to Scotland to work. Her older sister Annie was working as a priest’s housekeeper in Dundee, so Maggie joined her to work as a maid. She later worked in a pub in England with her younger sister Mary. Returning to Scotland, Maggie worked as a bus conductress, which was known as a ‘clippy’. Her last job, which she was in for a long time, was working in the Singer sewing machine factory in Clydebank. After her retirement, she moved back to Donegal to care for her mother.

Maggie’s secret to old age? According to Sheila, it’s keeping busy and active!

“Maggie never talks about death. Normally you hear older people say they might not be here much longer, but it never occurs to Maggie. She smoked when she was young but she never drank. And she never married either, so no stress!”

Maggie moved into long-term care when she was 100 years and six months. “I could not praise the home highly enough,” said Sheila of Aras Ghaoth Dobhair. “They are so good, especially during the restrictions.”

Maggie has received a letter and a medal from the President each year since her centenarian birthday. This year, she was delighted to hear that she was famous, having been featured in the newspaper, radio requests and getting a video gift from Daniel. But the icing on the cake? Celtic’s dominant 3-0 victory over Rangers!