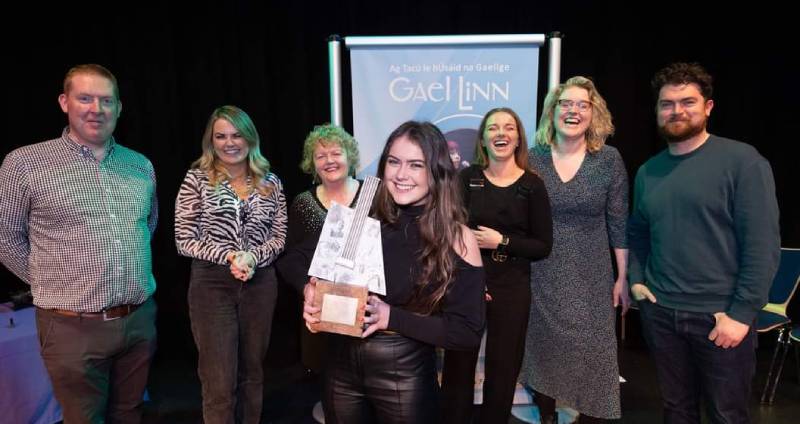 Pobalscoil Chloich Cheannfhaola (PCC Falcarragh) won 3 first places in the All-Ireland final of the Gael linn nationwide ‘Scléip’ competition, as well as the overall ‘Scleip’ prize, in the all Ireland final on Wednesday.

Hannah Nic Pháidín 5th year – first place in Ireland in the senior singing section, plus she was the winner of the ‘Scleip’ overall prize across the board. She sang an irish version of ‘Skyfall’. 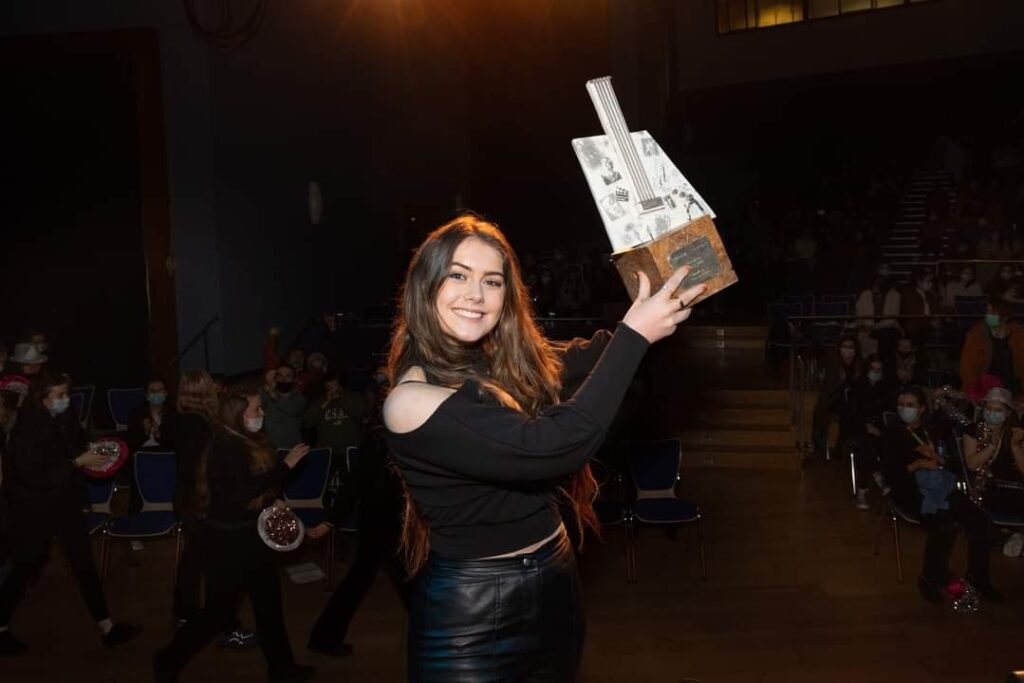 Ella Fitzgerald 3rd year- first place in Ireland in the Junior singing competition, with her song from toy story ‘nuair a bhí sí i ngrá liom’. 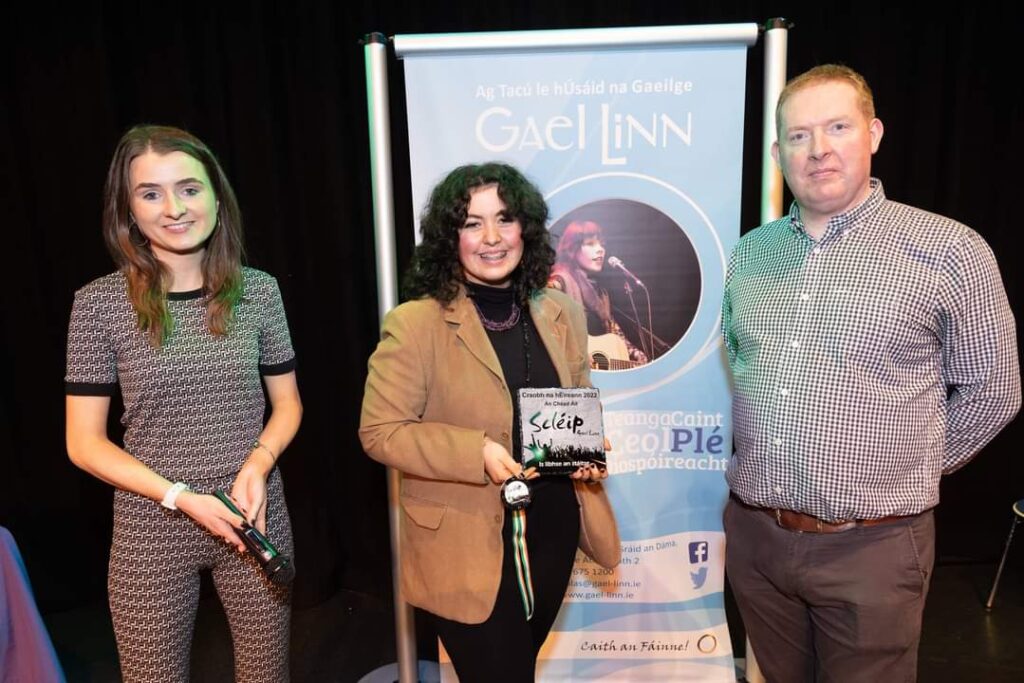 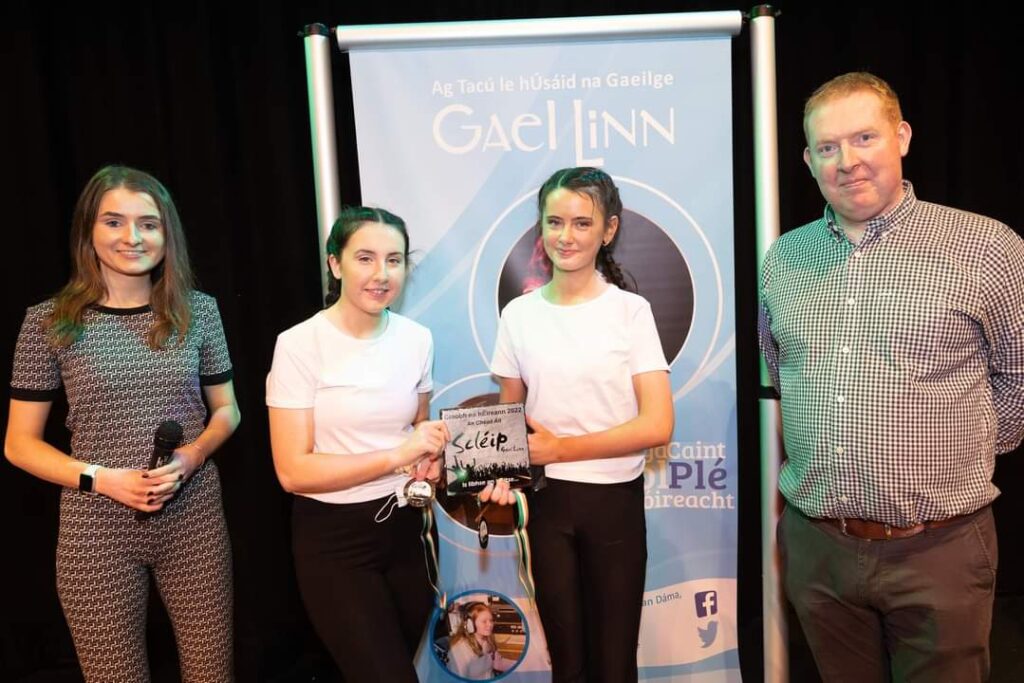 The pop-group ‘Dúrun’ claimed second prize in the group section. 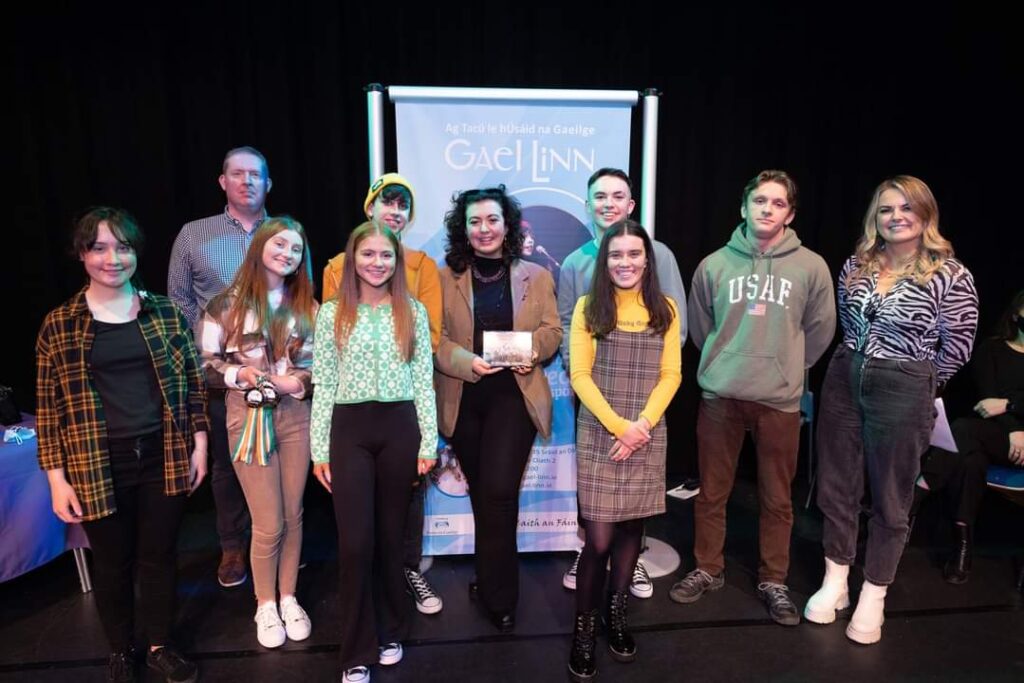 Success all round for PCC Falcarragh and Coláiste Ailigh in national final of Scléip was last modified: February 4th, 2022 by Staff Writer
Facebook0Tweet0LinkedIn0Print0