Declan Coulter returns to the Donegal team for tomorrow’s opening National Hurling League Division 2B clash with London in O’Donnell Park has been named.

Mickey McCann makes two changes from the side who were unlucky to lose the final of the Conor McGurk Cup last month.

Declan Coulter comes back into the side for the first time this year in midfield to parter Brian McIntyre. Coulter missed the McGurk Cup due to injury while St. Eunan’s man McIntyre makes his first appearance in the league.

The game is being played at 12pm in O’Donnell Park in Letterkenny. 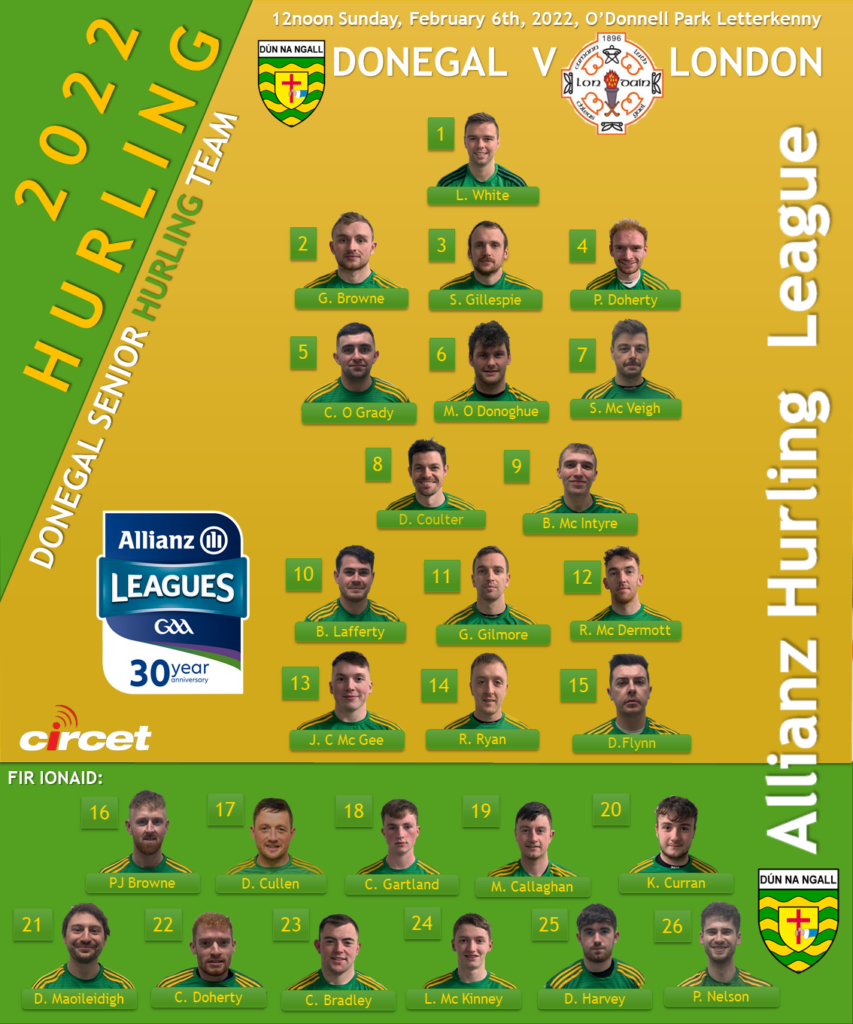