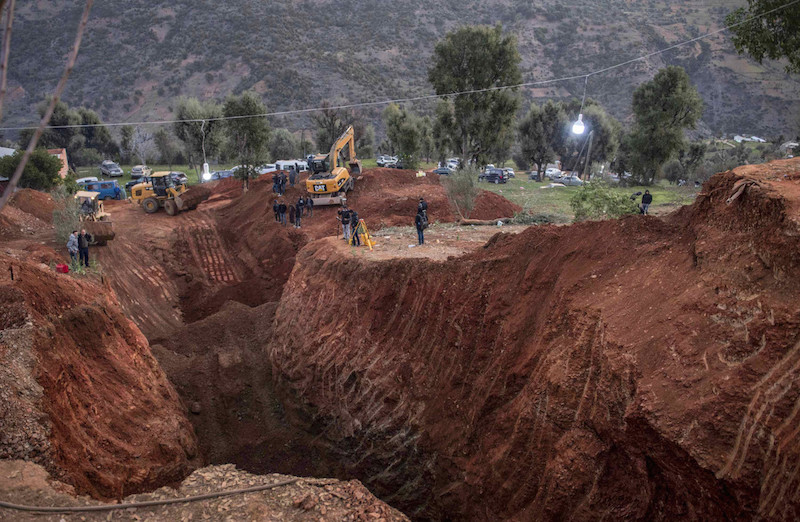 A five-year-old boy trapped in a deep well in Morocco has died.

Rescuers this evening managed to get to the little boy.

However, it has been now announced that the child has died.

The boy, who was named as Rayan, was taken out of the well after rescuers dug a parallel tunnel.

Efforts to rescue him have gripped the country, with hundreds of people gathered at the well and thousands more following online.

The boy plunged 32m (104ft) through the well’s narrow opening. The rescue has been hampered by fears of a landslide.

News reports were relayed around the world as people waited to see if the boy would be rescued.