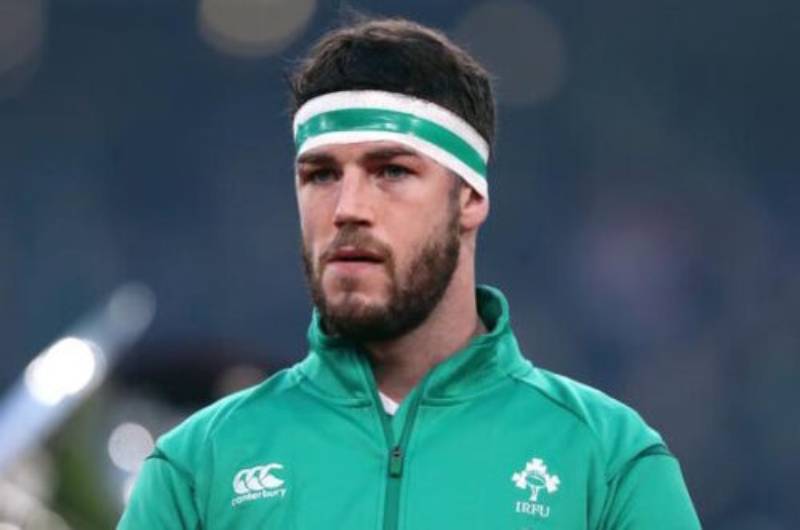 Ireland began their Six Nations campaign with a convincing 29-7 bonus point win against Wales at the Aviva Stadium.

Bundee Aki got the first try before two from Andrew Conway and Garry Ringrose scored superbly to finish the Ireland scoring as Sexton converted 3/4 and 1 penalty from 3.

Mack Hansen was awarded player of the match on his debut.

Aki got the first try for Ireland just over 2 minutes in after brilliant work from Hansen got Ireland off to a flying start with Sexton converting well.

Sexton didn’t have it all his own way on the day however, missing two penalties in a row as strong winds didn’t help him.

He made no mistake the third time round though and after 20 minutes, Ireland were 10-0 up.

Wales didn’t get a chance in the first half as Ireland’s defence had been solid, not giving away any penalties and the 10 point lead was intact at half-time.

Ireland thought they began the second half in the same form when Andrew Conway got the ball down but it looked short according to referee Jaco Peyper. After the TMO review, the try was given and Sexton kicked over the conversion beautifully.

Wales had Josh Adams yellow carded for a shoulder barge on Sexton. The Welshman was lucky as if it was any higher it could have been a red.

Ireland immediately made the man advantage count as Josh Van Der Flier made up plenty of yards before great vision from Gibson-Park found Conway in space for a much easier try the second time round.

Once again Sexton puts a bit of swerve on the kick as it bends between the posts.

Remarkably, Ireland made it to the 55th minute before conceding their first penalty but quickly got the ball back as they went in search for the bonus point.

They got their reward on the hour mark as Ireland quickly dispossessed Wales and Garry Ringrose broke away with Conway on his outside, but the Dubliner went the whole way himself powering through the lame tackle.

Dan Sheehan and Jason Hume came on for their debuts for Ronan Kelleher and Conway while Joey Carberry came on for Sexton as Andy Farrell seemed to have one mind on the tough trip to Paris next week.

The players may also have had one mind on next week as they got a bit sloppy in the last 10 minutes, giving away penalties and a rare mistake from Tadhg Beirne gave Taine Basham an easy try and Sheedy converted.

Ireland will be happy with the convincing win as they look forward to a massive game away to France next Saturday.