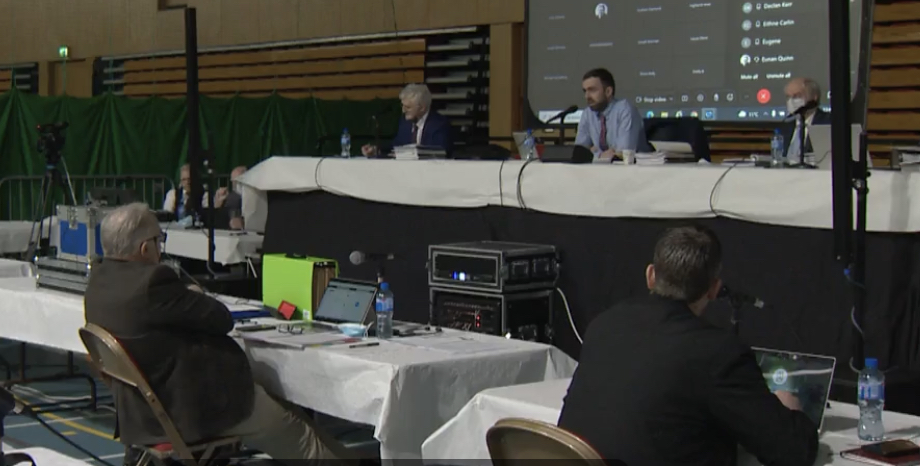 The Raphoe councillor was present for the commencement of the adjourned January meeting in the Aura Leisure Centre, despite being banned from full council meetings and municipal meetings for one month.

In response, Cathaoirleach Jack Murray called an immediate adjournment as the meeting opened this afternoon.

Cllr Murray said that members had to consider how to proceed and how they, as elected representatives, act to represent the people of Donegal.

Cllr Murray said that the “justifiable disgust” of members of the public was voiced following the suspension of Cllr McBrearty from proceedings last Monday, particularly from Mica homeowners.

Cllr McBrearty was accused of acting disorderly and persistently disregarding the rule of the chair during the previous meeting. He raised several issues during the meeting, many of which centred around Donegal County Council’s purchase of five mica-affected homes in Buncrana last year.

Cllr Murray said today’s meeting could not proceed while Cllr McBrearty defies the resolution of the council.

Mr Patrick McMullin, the County Solicitor, is present to advise on the matter during the adjournment.