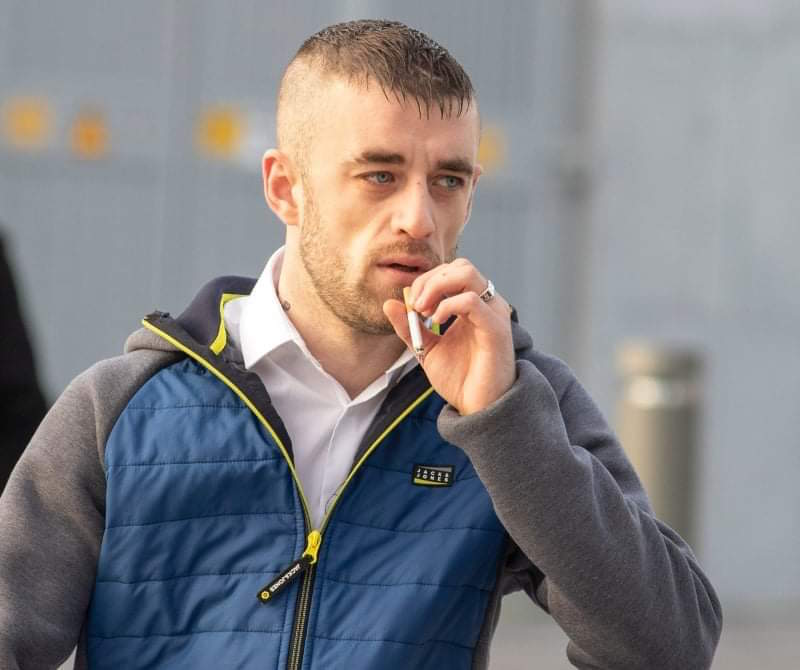 A man who sparked a mass evacuation of an apartment block after he lit a car on fire in an underground carpark has been jailed for three and a half years.

Rory O’Hara set fire to a car with a cigarette lighter at the carpark at Riverview House on Pearse Road in Letterkenny.

It also forced the evacuation of a number of families living above the car park after the emergency services feared for their safety.

O’Hara appeared at Letterkenny Circuit Court where he pleaded to a single charge of arson.

The court was told that began an investigation and chatted to a number of people at the scene on the night of the blaze.

One of these people was a man who was riding around on a black mountain bike who was under the influence of alcohol.

From CCTV footage Gardai noticed the same man entering the underground car park at 10.46pm and leaving again at 10.52pm just before smoke starting coming from the building.

They identified the man as Rory O’Hara and later arrested and interviewed by Garda Ronan Morris about the blaze.

O’Hara declined to view the CCTV footage but admitted that he had been depressed and was “out of his head” during the incident.

The accused has a number of previous convictions for burglary and theft and had served a month in prison, the court was told.

The car which was destroyed in the blaze belonged to a Ms Josephine Doherty who was having a few drinks at the Station House Hotel and had parked it up.

The owner of the car park, Mr Dermot Gildea of Gildea Developments, put the overall estimate for damage at €44,996 which included damage to the property, lighting and an air conditioning system.

Barrister for the accused, Mr Shane Costello, SC, said O’Hara was abusing drugs at the time including cannabis and spice.

He said it was a “serious but bizarre” crime and that O’Hara had little recollection of it although he did admit he set the car seat on fire with a lighter.

Passing sentence Judge John Aylmer said this was a very serious case because of the potential caused to those living in the apartments.

He placed the case in the mid range of such offences and said it merited a term of seven years in prison before considering mitigation.

He said this was a “mindless, random and bizarre offence committed while intoxicated on drugs.”

However, in mitigation he said that although O’Hara had previous convictions, none were for arson and that he appears to suffer from an anxiety disorder.

He noted that he was making good progress in his rehabilitation and had brought €500 to court which he ordered be given to Ms Doherty for the loss of her car.

He said he would reduce the sentence to one of five years because of the manner in which O’Hara approached the offences and furthermore, to give him recognition of his efforts in rehab, he would suspend the final 18 months of the sentence.

He jailed O’Hara for a total of three and a half years and ordered him to keep the peace, abstain from alcohol and drugs and engage with the local mental health services upon his release.