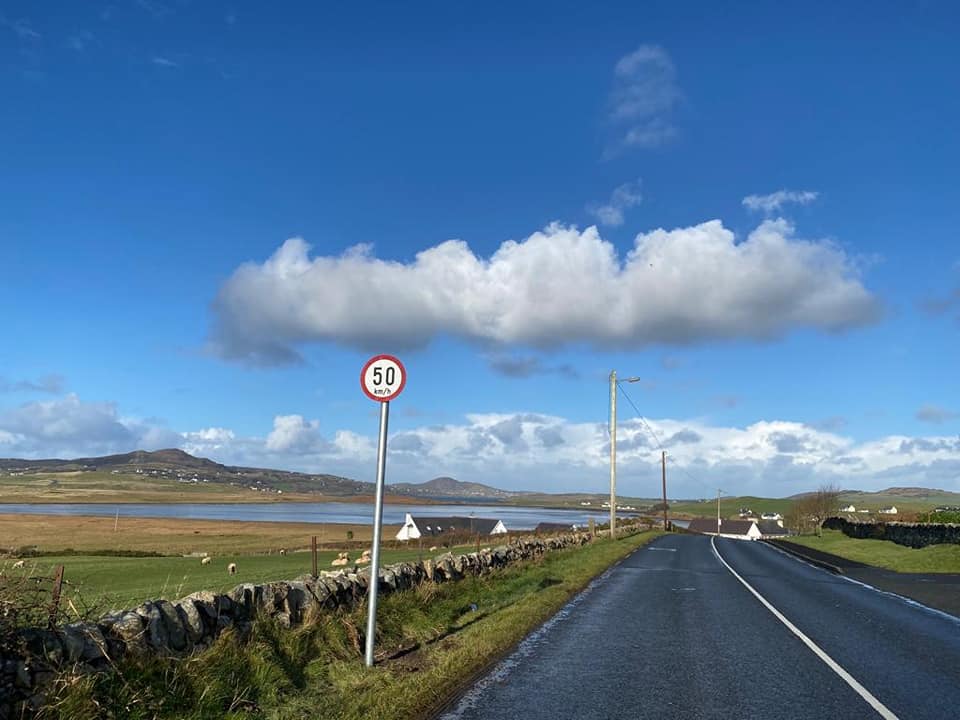 Donegal County Council has been commended for taking action on serious road safety concerns in Carrigart.

Locals have been calling for measures to slow down traffic after a number of near-miss incidents involving children in the village.

Sue Cruse of the Sourdough Beatha bakery led the calls on social media for people to slow down, saying that the windows of her business sometimes shake with the speed of lorries, tractors and cars passing through the village. Her post gained traction last week, leading to a public meeting in the village on Monday attended by locals and public representatives.

In recent days, the council has been examining how best to implement new traffic calming measures.  Numerous repeat speed limit signs have been installed and a traffic survey is underway to gain data that will engineers as they explore possible solutions. The active travel funding scheme is one possible means of funding, councillors of the Letterkenny-Milford MD were told.

Cllr Liam Blaney and Cllr Gerry McMonagle have commended the council on their proactivity on the issue.

“It goes to show that when everyone works together, what can be done,” Cllr Blaney told the Letterkenny-Milford MD on Tuesday. He expressed his hope that the findings of the traffic survey will be acted on to improve the safety of the town.

Deputy Joe McHugh is also pushing for urgent measures in the village: “When this survey is complete, I will be raising this directly with the Donegal County Council CEO John McLaughlin and Director of Roads Services Brendan O Donnell and my Colleague Cllr. Jimmy Kavanagh.”