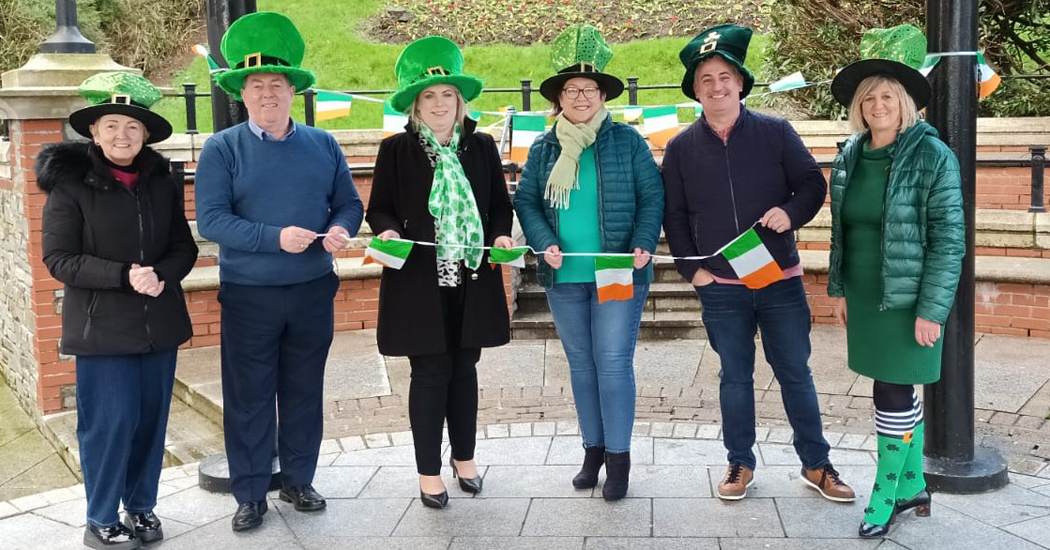 After two year without a parade Letterkenny is back in full swing to launch the annual Letterkenny St. Patrick’s Day Parade.  The parade is one of the biggest in the county and this year Letterkenny Chamber is hoping to make this one a full on celebration on the day.

With less than 6 weeks to go to this national holiday that will be celebrated in style all over the world, Letterkenny Chamber President and members of the organising committee were delighted and a little bit relieved to formally launch this year’s parade.

Chamber President Kristine Reynolds said “This time two years ago we were preparing for the parade with the shadow of Covid hanging over us. Little did we know then that two years would pass before we would be back out with a full blown parade.  St. Patrick’s Day is an important event in the calendar marking the start of the Spring season. This year it falls with the extra bank holiday on Friday so everyone in Letterkenny is looking forward to a fantastic weekend. The Letterkenny Parade is a great family event in Letterkenny, young and old come out to see the traditional parade work its way through the town centre.”

We have already lots of great feedback from groups wanting to take part in the parade and we always need more. We are appealing to sporting clubs, dance groups, youth groups, clubs and societies to get involved and embrace the 2022 parade to make it as fun, inclusive and colourful as possible, a real celebration that is much needed after two long years.

This year entertainment will start at the stage at Market Centre at 1.30pm with the parade proper starting at 3pm.  At the stage there will be music, singing and dancing and then we will be joined by our favourite MC Keith Fletcher for the parade itself.

“Letterkenny Chamber is the sole organiser of the Parade and each year it is only through the voluntary effort of members of the Chamber and financial contributions from businesses that enables it to happen.  We are proud to play our part in this important day and would ask any business large or small if they could offer a contribution it would be gratefully received and acknowledged.”

Kristine continued “we are asking everyone to get behind our St.Patrick’s day event in Letterkenny this year. The families that come out to watch and everyone who gets involved makes the parade a happy occasion for all.”

If you have a group that would like to get involved just get in touch with the Letterkenny Chamber office for an application form.