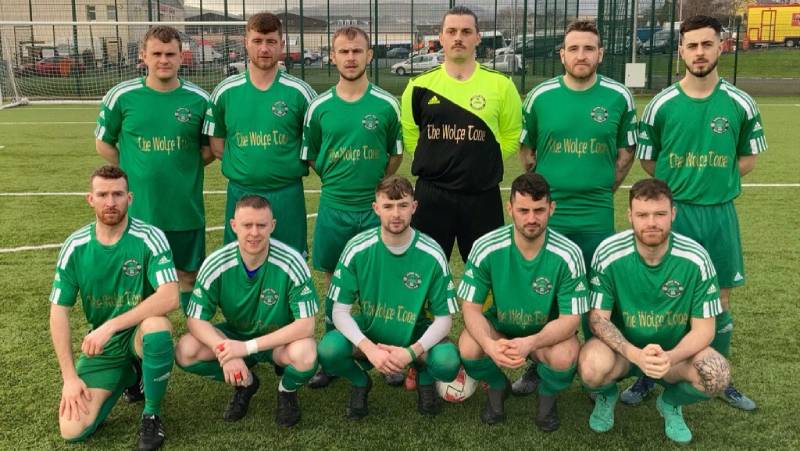 Oldtown Celtic move into a clear second place with Donegal Town in their sights after beating rivals Glencar Celtic this afternoon.

At the start of play today these two local rivals were locked together on 27 points on the table, six behind league leaders Donegal Town but both with two games in hand.

After that there was an eight point gap to Strand Rovers and Cappry Rovers, with the second-half of the season looking like a three horse race for the title.

Both teams would have seen this clash as a key one and Oldtown Celtic went in looking to avenge a 4-0 defeat by their Letterkenny neighbours in their first meeting this season.

Glencar Celtic almost got the perfect start when Shane Hilley burst through but he was denied by a super Michael Gibson save and it was cleared by Kyle Gormley from close to the goal-line with Glencar’s Paddy Collins in close attention.

There wasn’t long to wait however for the game’s opening goal.

In the 8th minute the tricky Luke Nelis was upended as he turned in the box, with referee Marty McGarrigle pointing to the penalty spot and Tommy McLaughlin hammered the spot-kick low past Ray McFeely.

Eight minutes later it was 2-0 to the visitors.

Ciaran Gibson did well down the right side and his excellent cross found the head of Tommy McLaughlin who gave keeper McFeely no chance from ten yards, just16 minutes on the clock and Glencar had it all to do.

They responded well and after a period of consolidation they pulled a goal back in the 33rd minute.

Kevin Rafferty and Odhran Grant worked a free-kick in midfield and the latter’s pass found Shane Hilley on the left of the box.

Hilley drove into the box and drilled a low ball across the six yard line which was deflected into his own net by Charles McLaughlin, 1-2 and game on again.

That situation didn’t last long as Oldtown Celtic hit back and restored their two goal advantage in the 39th minute when Joe McCarron hammered a cracker past McFeely from 20yards , 1-3 and Oldtown Celtic back in control.

Oldtown were looking comfortable and their position was made even more comfortable in the 44th minute when Glencar’s full-back Odhran Grant received two yellow cards in quick succession, the first for a foul and the second seconds later for a raised hand to an opponent.

Two goals behind and down to ten men, Glencar would have the advantage of the wind in the second-half but would still have it all to do to get anything out of this one.

Oldtown Celtic had two great chances to completely kill the game in the opening minutes of the second-half, both chances falling to Luke Friel.

First, ‘keeper McFeely denied him with a super save in the 47th minute and then Friel blasted wide after Joe McCarron had set up the chance six minutes later.

Glencar’s 10 men were finding it difficult to get a grip on the game, a Ciaran Maloney free-kick which Michael Gibson tipped over the only effort of note in the opening twenty minutes of the second half.

They got a lifeline in the 77th minute when sub Odhran Barron was upended in the box and another sub Kealan Collier converted the penalty, 2-3 with twelve minutes left.

Collier had another chance a minute later but just couldn’t control his far post volley which drifted just wide.

To their credit, it was the ten men of Glencar who were pushing hard in the latter stages as Oldtown held on to what they had.

However they finally wrapped up this important victory with two breakaway goals in the 86th and 91st minutes.

Tommy McLaughlin burst clear on the right and his perfect set-up was guided to the net by Luke Nelis to make it 2-4 , and Man of the Match McLaughlin added a fifth with his hat-trick goal in injury-time.A great win for Oldtown Celtic. 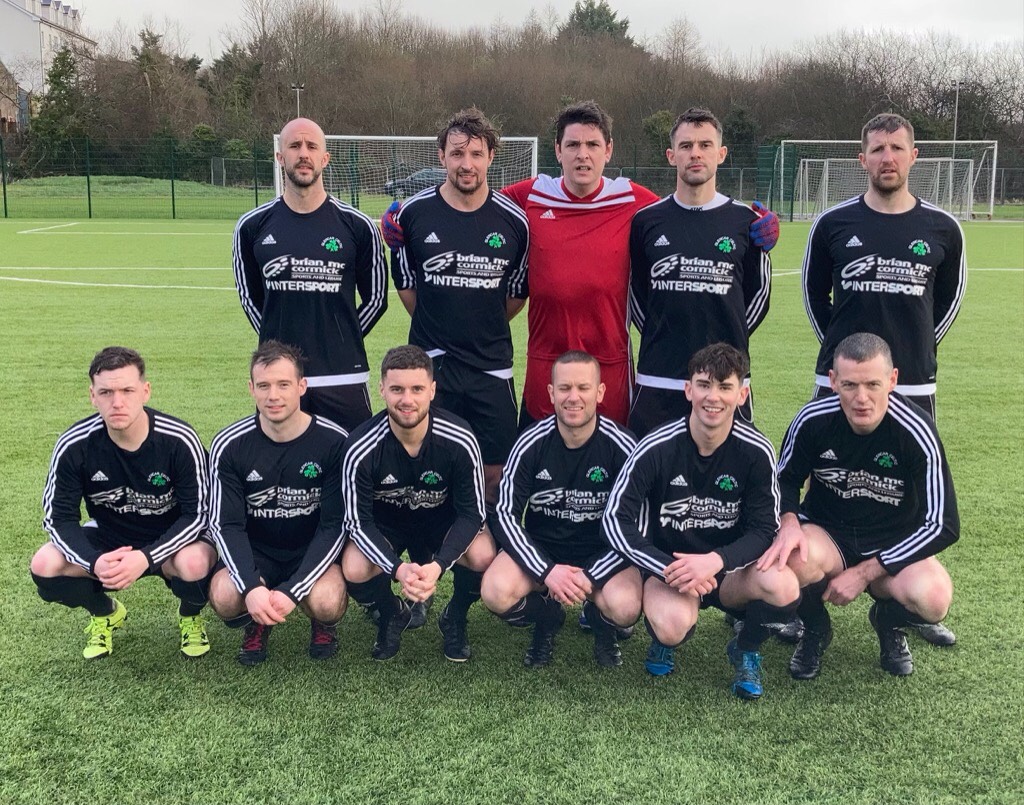 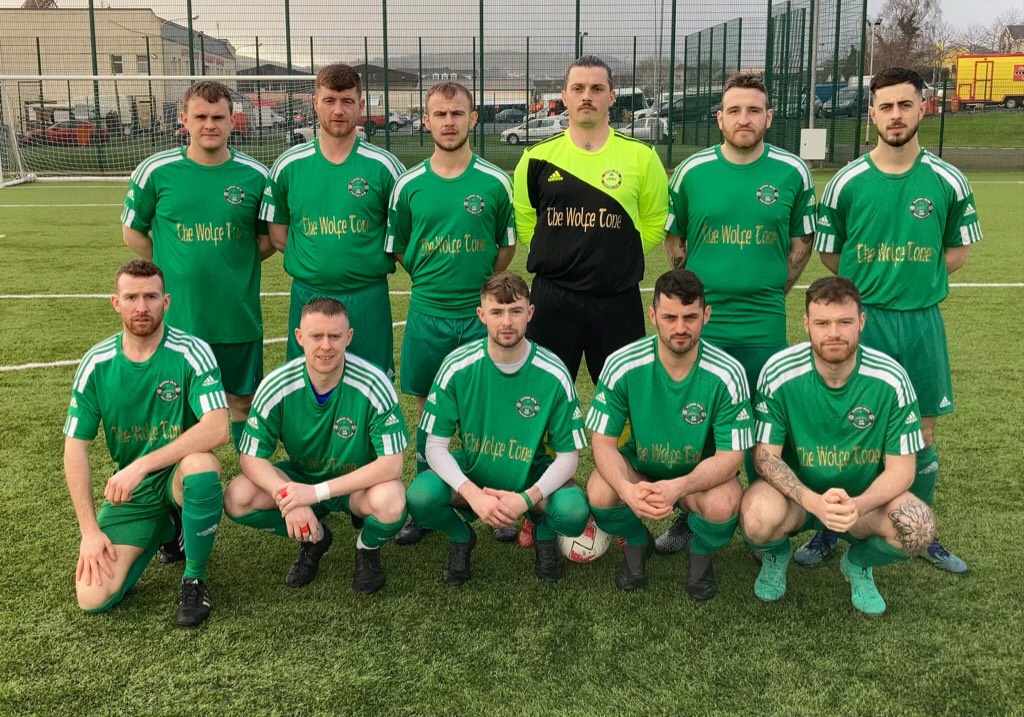