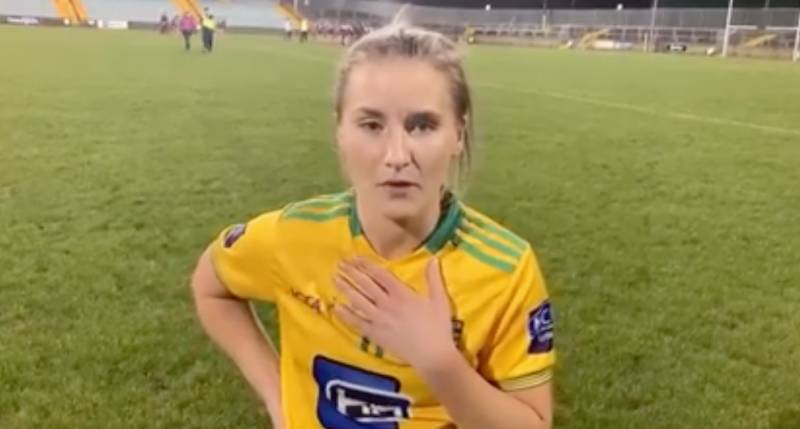 Maxi Curran spoke highly of his side’s performance but felt it could have been more as Donegal beat Galway by 0-10 to 0-07.

Geraldine McLaughlin continued her 2021 All Star form with seven points, six from frees, while Karen Guthrie got two points.

Donegal controlled the first half and went into the break with a four point lead.

That lead could have been extended but McLaughlin had a penalty saved just before half-time.

Galway rallied in the second half but a couple of frees from McLaughlin and Guthrie kept Maxi Curran’s team in a safe lead while Katy Herron got a point from play.

Galway scored two points late on to reduce the deficit to three points.

The Donegal manager was happy with the teams performance and felt the scoreline didn’t do his side justice but looks towards the Westmeath game as they hope to qualify for the semi-final.

Curran praised the newcomers and the defence who did brilliant to keep a top side to just seven points.

Donegal captain Niamh McLaughlin spoke how it’s always a tough fight against Galway and praised the new ladies coming into the side: