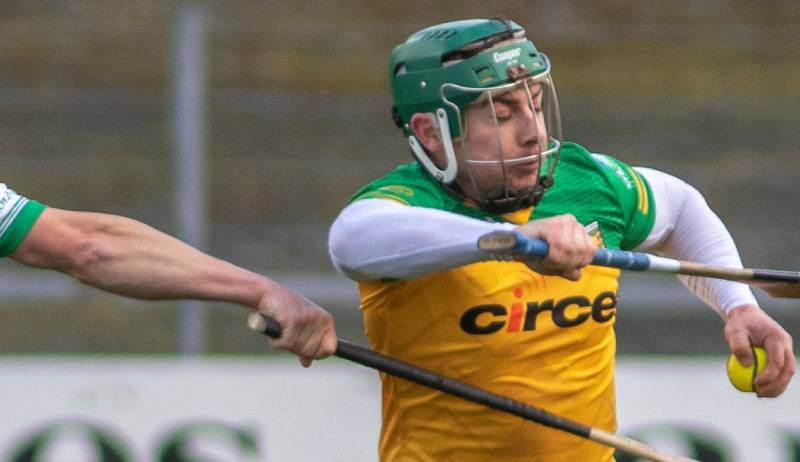 Thirteen-man Donegal held on bravely to win against a youthful Sligo side to gain another two important points in Division 2B in Markievicz Park.

In hurling there is no substitute for sheer class- those wristy flicks and feints that separate artists from artisans.

And this young, exuberant, enthusiastic Sligo have it in abundance in recent times-but understandably lack that vital commodity called experience in this richly entertaining shoot out in Markievicz Park.

Opponents Donegal have that attribute in spades as Padraig Mannion’s young men found to their cost in Markievicz Park.

Reduced to 14 men after their Galway midfielder Patrick Foley was lined for interference with the helmet of an opponent in the 40th minute, it looked bleak for Padraig Mannion’s men as they trailed by 1-17 to 2-8 by the 50th minute.

But, inspired by some fine long-range points from marksman Gerard O’Kelly Lynch they clawed their way back as Donegal wilted and the margin was reduced to a mere point going into injury time.

But, in a rare sortie, Donegal, who lost Sean McVeigh in the 60th minute to two yellow cards and Declan Coulter to a straight red card in the 70th minute, got a last minute free from the excellent Davin Flynn to seal a hard earned but valuable two points.

However, Sligo, who have 10 U-21 players in their squad, will surely rue 12 wides to their opponent’s tally of eight.

Sligo matched their opponents in all departments in a most entertaining first half but were not able to resist a strong Tir Chonaill surge in the third quarter as subs Jack O’Loughlin, Brian McIntyre and Daire O’Maoileidigh made a real impact when introduced after the break.

This was a must win for Sligo after that last narrow defeat to Derry and they came from the traps like a rocket.

Donegal keeper Luke White left the ball behind him as he attempted to clear, and Gerard O’Kelly/Lynch had a bit to do but managed to shepherd the ball over the line.

But the visitors hit back like a rattler with quick-fire points from Ritchie Ryan, Gerry Gilmore and replied with a goal of their own in the 7th minute.

Ronan McDermott’s shot was saved resulting in a massive schemozzle in the square with McDermott getting the final touch.

And that set the pattern for a ding-dong first half as both sides thankfully decided that attack was the best form of defence.

Donegal led by 1-4 to 1-1 but Sligo got a second goal through Michael Munnelly after team captain Finian Cawley’s screaming shot was brilliantly saved by Luke White in the Donegal goal.

It was score for score for the remainder of a most entertaining first half with some superb long-range points from man of the match Ronan McDermott for Donegal and Sligo’s Kevin Gilmartin .

Full forward Ritchie Ryan and Davin Flynn were on target for the winners while O’Kelly/Lynch and Rory McHugh struck some fine efforts for the losers.

Donegal had much the better of the third quarter and tacked on quick points from the foraging McDermott, Flynn and Ryan.

Sligo suffered a heavy blow when they lost midfielder Foley to a straight red card and looked flummoxed for a period as the winners eased into a 1-17 to 2-8 lead by the 50th minute.

But, they could only score two more points thereafter as a younger and fitter looking Sligo really took the fight to their opponents.

O’Kelly Lynch led the charge and substitutes Kieran Prior and Tomás added some vim to their challenge.

Centre back Rory McHugh was clean through on goal but elected to pass to an opponent who was in a much worse position-and the chance was lost.

And although youthful Sligo had Donegal under severe pressure, the visitors greater experience helped them through a most searching test.