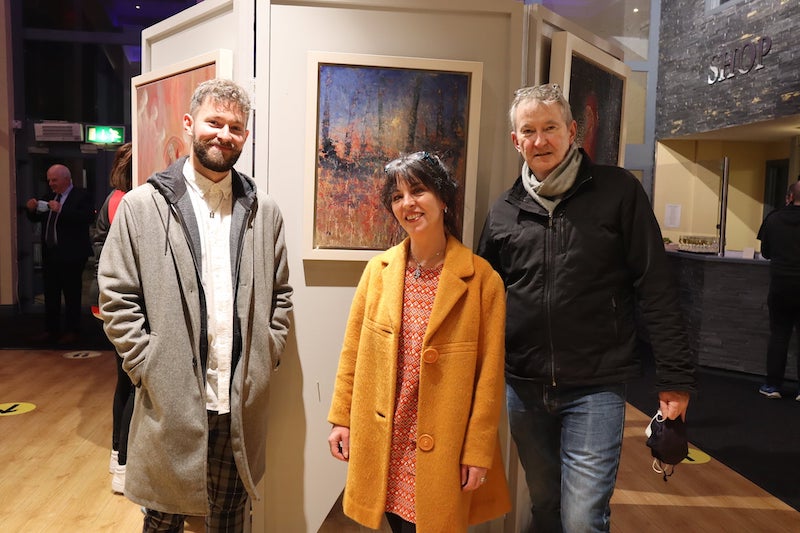 The Abbey Arts Centre in Ballyshannon was the venue and will host the solo exhibition until March 14. 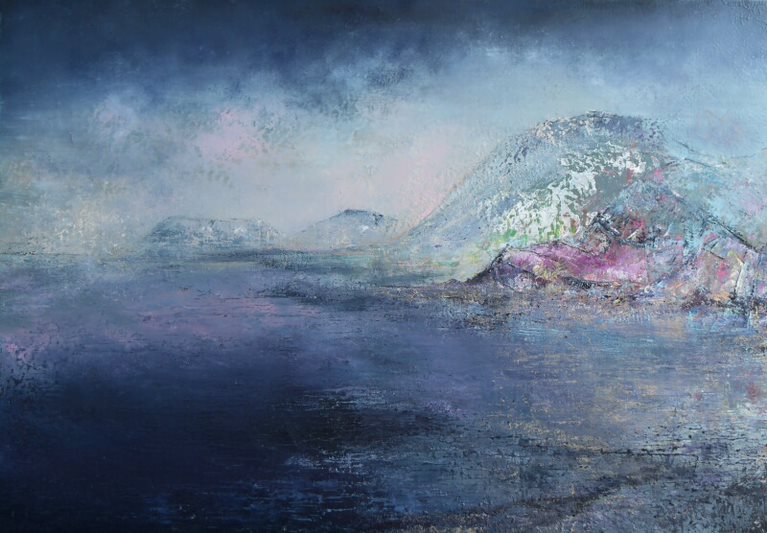 ‘Dark Skies’ which features in the ‘Time-Lapse’ exhibition.

Born in Ballybofey and raised in Killygordon, Ms Noonan-McDermott (pictured above with husband Derek and son Joshua)now works from her home in Kinlough, County Leitrim.

The artist and poet presents a moving and heartwarming visual and literary portrayal in her new touring solo exhibition.

This showcase is an ongoing project that Maria has been unwittingly working towards over a number of years while helping care for her mother who had Alzheimers. 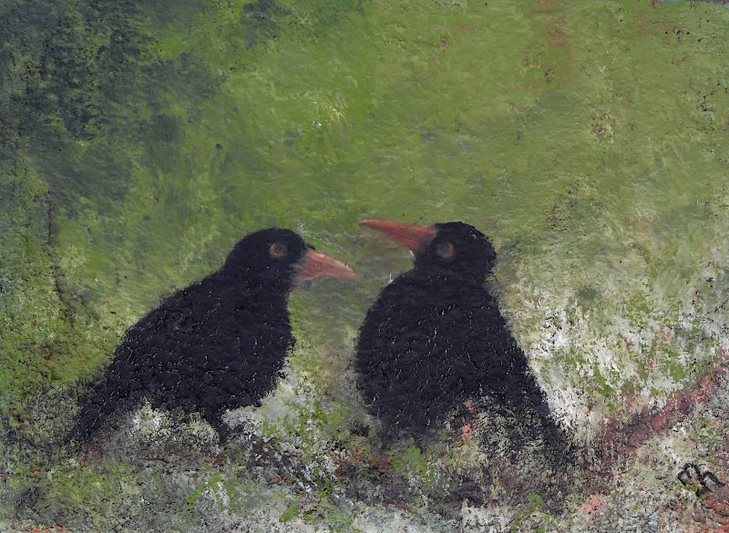 ‘The Messengers’ by Maria Noonan-McDermott.

Funding has been awarded by The Irish Hospice Foundation supported by The Creative Ireland Programme, with additional funding awarded by Leitrim County Council.

‘‘The complex extended grief of Alzheimer’s with it’s untethering of time and the archaeological uncovering of the entire life of a parent that arrives with their death. All this creative exploration of grief, loss and love will be reflected through Maria’s paintings, her poetry and installation,’’ a spokesperson for the Hospice Foundation said. 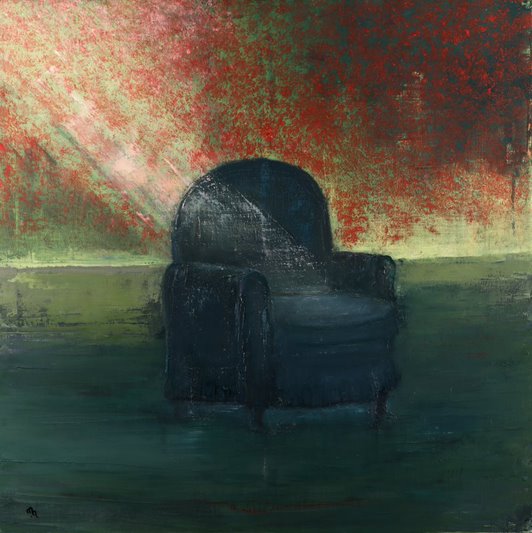 ‘The Empty Chair’ by Maria Noonan-McDermott.

Time-Lapse will be in the Abbey Centre until March 14, before travelling on to The Ardhowen Theatre in Enniskillen before opening again in Dublin in the Autumn.

It will continue on to various other galleries and art centres in 2023.

Below, Maria speaks beautifully of her late mother in one of her poems, ‘The Empty ‘Chair’

Empty rooms and all the spaces in between.

Portrait of my mother,

Her imprints remain in the remnants left behind.

and I inhale deeply the last traces of scent to recall her spirit.

Grasping at tenuous links in the hope of holding on.

The archaeological uncovering of earthly possessions.

Meer objects of memory and nostalgia,

but objects cherished and honoured of a life lived well.

We begged for time and she granted us rest.

Integuments of lives, splintered and scattered.

Shared seeds seeking solace in the succession of time.