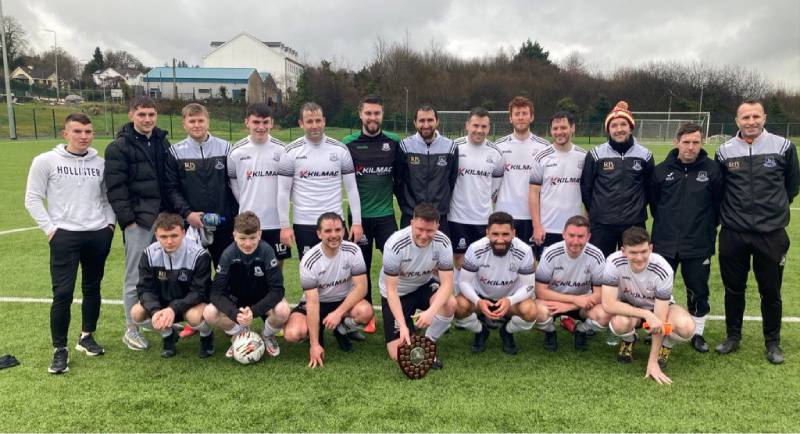 Two goals inside the opening half-hour had them in control but a Aidan McHugh finish in the 75th minute meant this game was well contested right to the end. 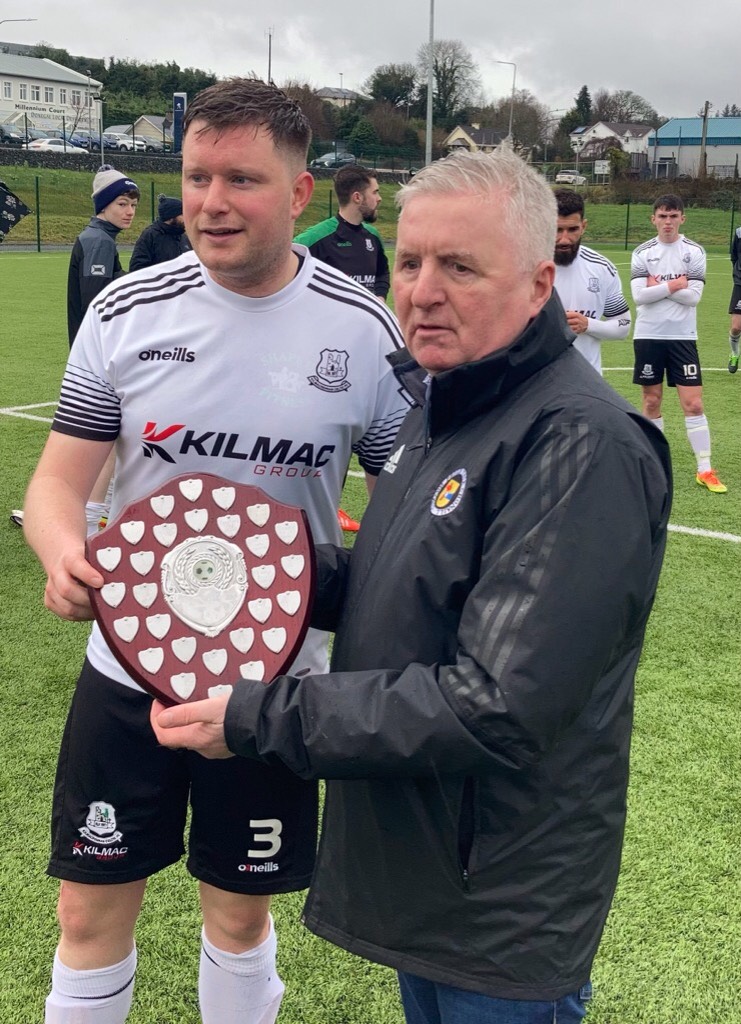 Keadue were almost back on level terms three minutes later but the impressive Aidan McHugh’s 20 yard free-kick hit the post and was cleared.

It was 2-0 in the 26th minute, a good build-up by the home team resulted in the ball reaching James Doherty in the Keadue box and he hammered a super angled drive into the top corner of the net.

Keadue began the second-half well as Ward shot just over after some good build-up play in the 54th minute.

Two minutes later, Aidan McHugh lobbed the ball wide when he should have scored.

McLaughlin was just too high with a fine strike in the 65th minute, and three minutes later his header from Kevin Kelly’s excellent cross was also just too high.

Keadue gave themselves a lifeline in the 75th minute.

Substitute Oran Fallon, who impressed in he time he was on the pitch, worked a short corner with Mark Forker and his low dangerous cross was drilled home by Aidan McHugh to set up a tense last fifteen minutes.

Michael McLaughlin’s free was just tipped over by keeper Bonner at one end while at the other end some good footwork by Aidan McHugh gave him a slight opening but he shot just wide.

Kilmacrennan Celtic saw out the five minutes of injury-time that was played to hold onto the Brian McCormick Area Cup for another year and also move forward to the semi-finals of the overall competition. 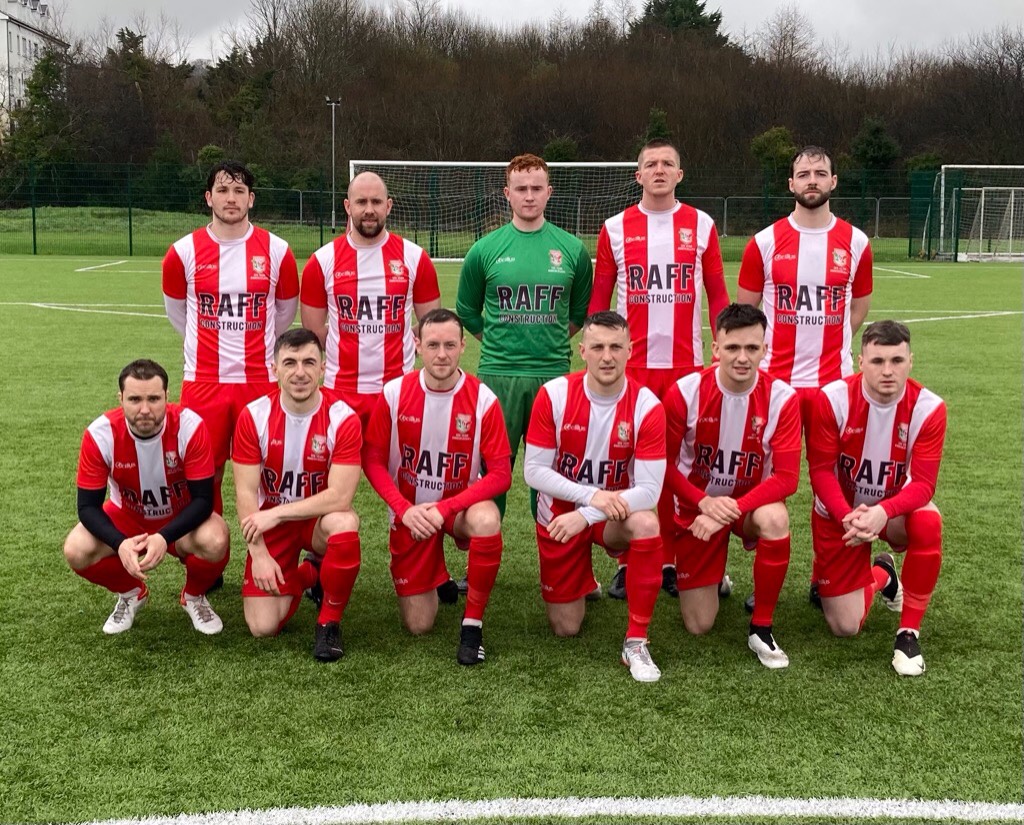