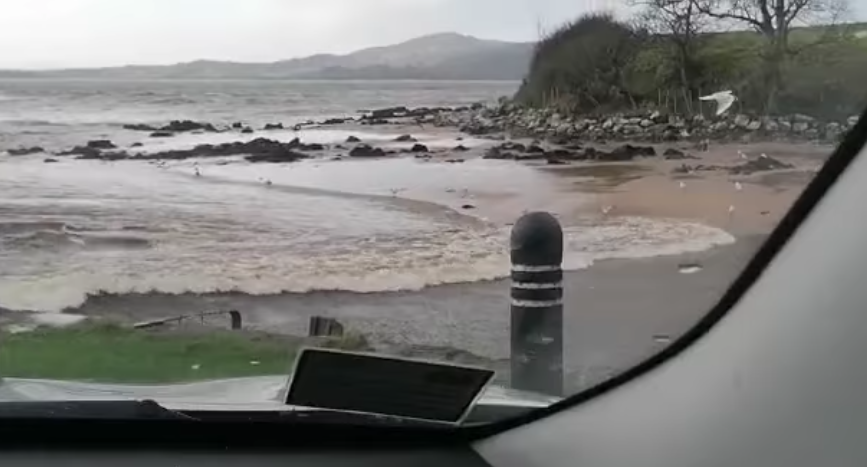 Footage of a dramatic and potentially dangerous ‘tidal surge’ was captured along the Donegal coast in recent days.

The film, recorded at ‘The Stone Jug’ in Buncrana, was posted on the Lough Swilly RNLI Facebook page.

A tidal surge is a coastal flood or tsunami-like phenomenon of rising water commonly associated with low-pressure.

They can lead to extensive flooding and are dangerous for people living in many coastal areas.

“A tidal surge at the Stone Jug yesterday (Wednesday) was sent to us by one of our page followers,” the post read.

“This is the second time this has happened recently and there’s been a few similar incidents along the north coast. Remember, if you’re in difficulty in or on the water, or see someone in trouble, call 999 or 112 and ask for the Coast Guard.”