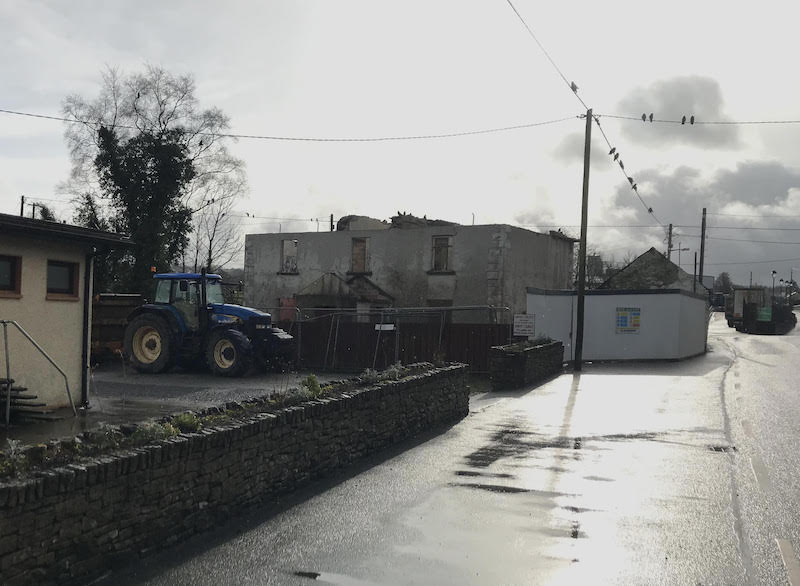 Work started this week on the conversion of a former RIC barracks to a youth club.

The old Royal Irish Constabulary (RIC) Barracks at Crossroads, Killygordon, had fallen into some disrepair in recent years.

However, ambitious plans to turn the historic building into a youth club took another step forward this week.

Planning permission was granted last year to the Killygordon and Crossroads Youth Club for the development.

The club, in an application to Donegal County Council, signed by Chairperson Margaret Gilbert, sought to restore and refurbish the former RIC barracks to use as a youth club facility and a youth café.

The work is being carried out by the local McMenamin Building Contractors and it is believed that the development will cost in the region of €200,000. 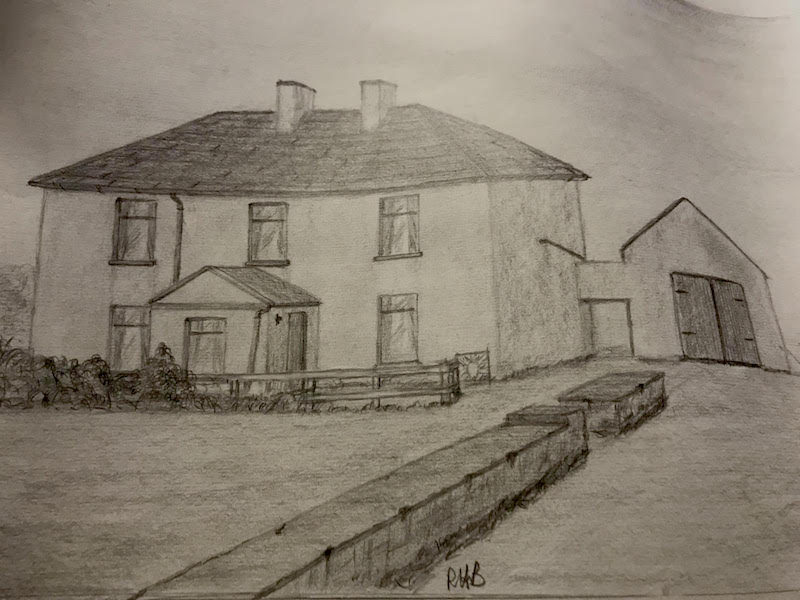 The RIC Barracks in its heyday. Sketched by local artist, Henry Bradley (Postmaster).

The works will include any internal and associated external amendments and improvements.

The installation of a sewage treatment system, percolation area and ancillary site development works are provided in the application.

The local authority has issued ten conditions, including the provision of a dedicated bicycle parking area, a two-metre wide footpath and a wastewater treatment plant.

Some of the conditions are designed to maintain the character of the existing building, which has deteriorated.