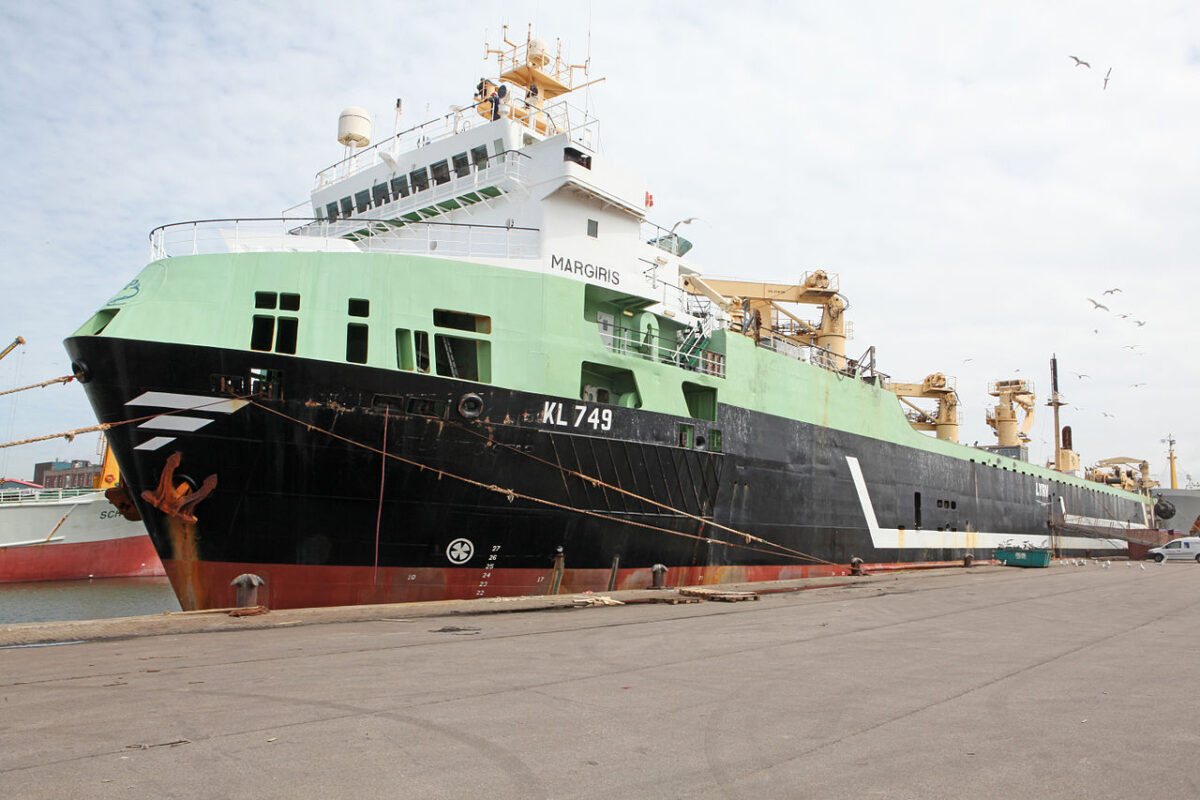 Donegal Deputy Pádraig Mac Lochlainn TD has called for supertrawlers to be banned from Irish and EU Waters after FV Margiris moved into waters off the west and north west coast of Ireland in recent days.

The Dutch-owned vessel is caught up in a major controversy after it was caught spilling 100,000 dead fish off the coast of France earlier this month. The spill was said to be caused by a rupture in the trawler’s net.

Pádraig Mac Lochlainn TD, who is the Sinn Féin spokesperson on Fisheries and the Marine, has strongly criticised the presence of the  FV Margiris off the coast of Mayo.

Teachta Mac Lochlainn said: “The presence of this vessel in Irish waters is a kick in the teeth for an Irish fishing industry on its knees and facing further quota cuts, tie-up schemes and decommissioning of vessels.

“It is the second largest trawler in the world, and is undoubtedly causing untold damage to precious fish stocks off Ireland’s west coast.

“It is particularly galling for Irish fishermen to see this vessel hoovering up huge numbers of fish, just a week after it shed 100,000 dead fish into the Bay of Biscay off the coast of France.”

Deputy Mac Lochlainn is calling for super trawlers to be banned from fishing in all European waters as is the case in the waters around Australia.

He added: “In the meantime, I will be writing to the Ministers for Agriculture, Food and the Marine, Foreign Affairs and Defence, and the Sea Fisheries Protection Authority, requesting that the strictest supervision of this vessel and its’ fishing activities is undertaken while it is present here.

“The sooner this vessel leaves Irish waters, the better for all concerned.”