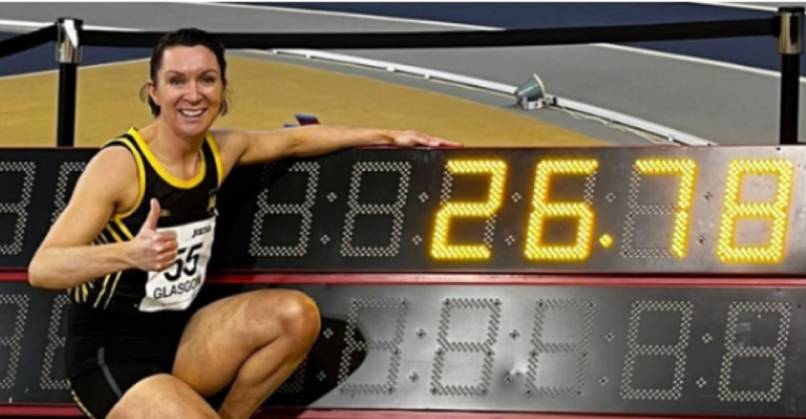 Kathyrn McDevitt broke a 27-year-old record in the 200m at the Scottish Masters Championships at the weekend.

McDevitt wasn’t finished with just the one gold and record as she went on to win the 60m as she prepares to race in the two events she won, and the relay in the European Masters Championships in Braga next week.