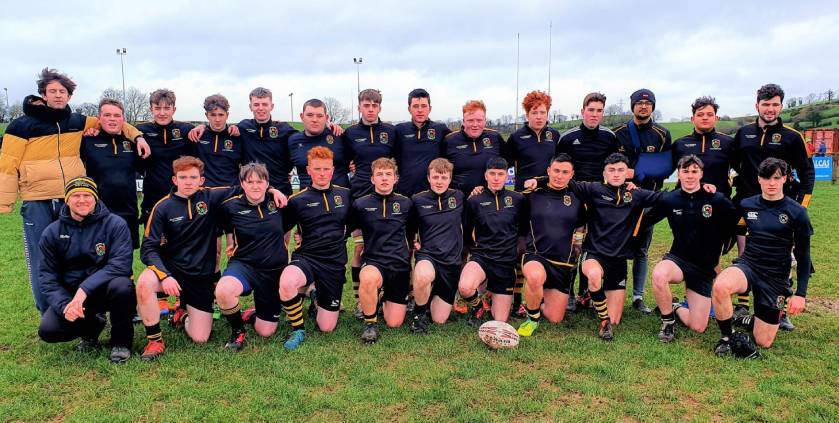 After the disappointment of losing in the final Letterkenny 18s headed away to face Enniskillen RFC in the first round of the Cup.

This was a big test to see if the boys could recover from their recent disappointment and also because Enniskillen have been playing in the Provincial league all season.

Letterkenny started off well again moving the ball over and back across the pitch, controlling the game and looking dangerous when they ran the ball wide.

Both wingers Tiernan McFadden and Callum Orsi had some great runs and Callum fed the ball inside for Finn Duffy to score the opening try. David Henry slotted a tough kick to go 7-0.

Yet again Letterkenny were guilty of falling in to the trap of playing the opposition game and making unnecessary contact but every time they went back to the gameplan it worked and soon after Callum Orsi went over in the corner for another team try to put Letterkenny 12-0 up.

The Donegal side really stepped up the defence and the intensity to try and take the game away from Enniskillen and it paid off with another try by Finn Duffy to leave the score 17-0 on half time.

Ultan McGuinness in his first full game went on a devastating run, breaking through 5 seperate tackles and ran over half the field to score under the poles to make it 24-0.

A momentary lapse in concentration allowed Enniskillen in to score a very soft try giving them their first points on the board at 24-5.

The highlight of the game definitely had to be the next try which went almost the length of the field and must have been handled 20 or 30 times to finally be scored by Ultan McGuinness 31-5.

The game finished with another try by Finn Duffy and a consolation try by Enniskillen to end 38-12.

Men of the match- Finn Duffy and Isaac McIlwaine for a huge performance all over the field.