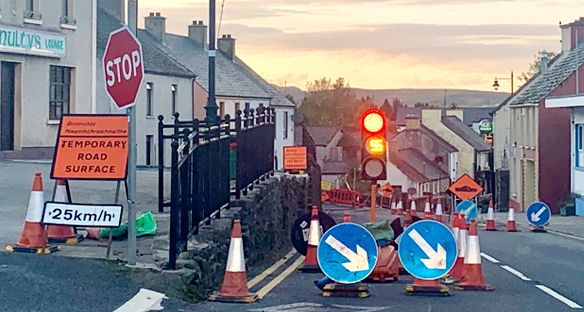 Over €35 million is to be invested in roadworks for Donegal regional and local roads this year.

Projects such as the Cathedral One Way System in Letterkenny, the Letterkenny Southern Relief Road, the Laghey to Pettigo Road and the Fintra Bridge & Road Realignment are among the biggest allocations. (See the full list below)

Climate change adaptation grants will also support works on roads at risk due to the impact of climate change and severe weather events, such as the Drung Seawall, the Doe Causeway and Glengesh embankment stabilisation scheme.

Bridge Rehabilitation Works have also been funded across the county.

The funding programme was confirmed today by Minister for Agriculture, Food and the Marine and Donegal T.D., Charlie McConalogue, who said: “The funding announcement today will see €35,097,414 spent on regional and local roads right throughout County Donegal in 2022. This funding is crucial for Donegal and the maintenance of our roads is crucial for tourism, for working, for leisure and most importantly for safety. Donegal has received one of the highest funding allocations and that is a testament to the work of our councilors and of Donegal County Council. This is further proof of our Government’s commitment to rural Ireland and to Donegal and Donegal.” 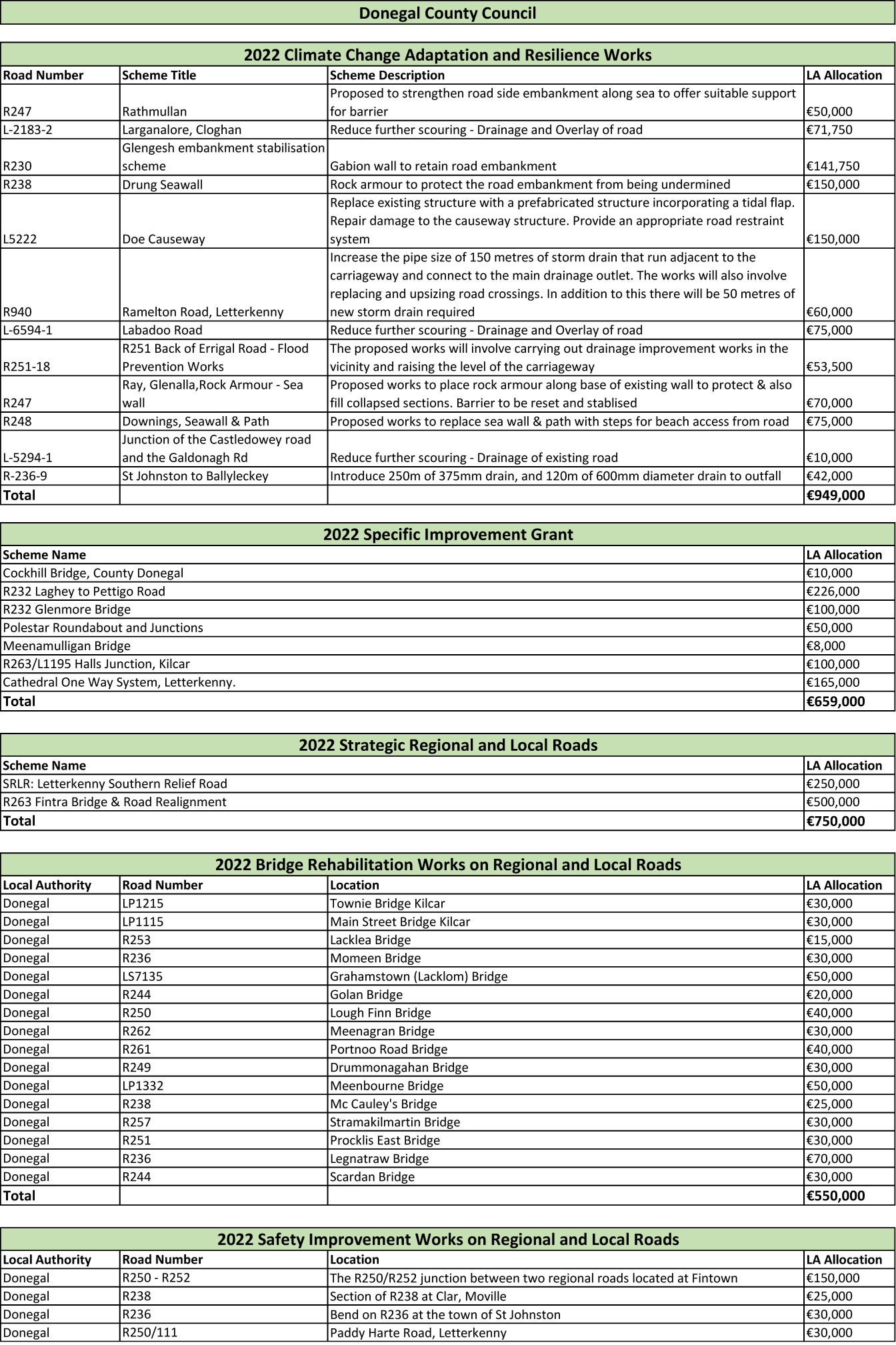