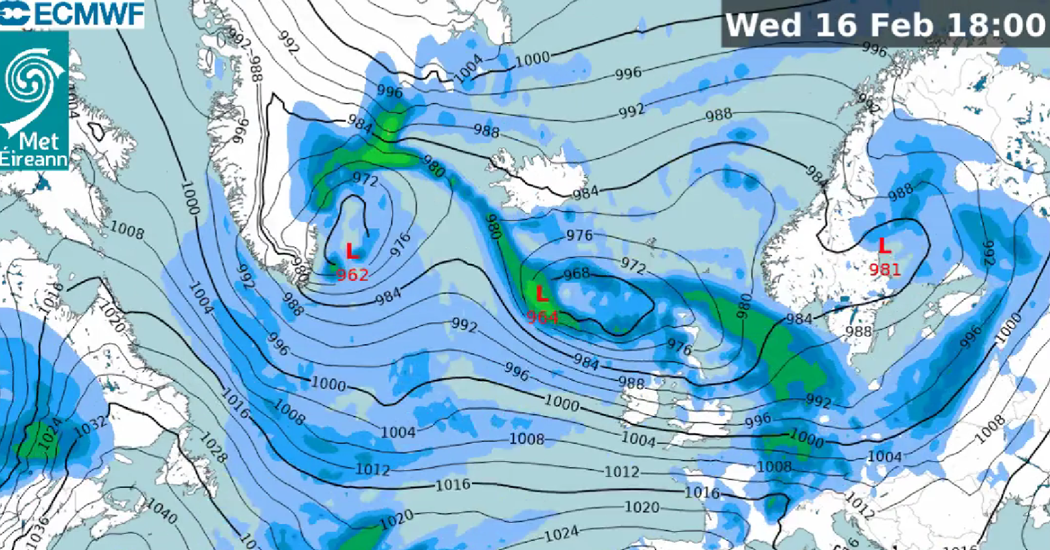 The north west is bracing for two successive storms this week – Storm Dudley and Storm Eunice.

Forecasters are warning that the ‘fairly quiet’ weather of 2022 so far will take a sudden change from Wednesday.

On Wednesday Storm Dudley will bring strong winds to northern and western parts of Ireland, then on Friday Storm Eunice is forecast to bring more widespread strong and damaging winds across Ireland, along with heavy rain and potentially snow.

An Orange wind warning has been issued for Donegal on Wednesday night, where gusts could reach around 130km/h along exposed coasts.

More weather warnings are expected in the coming days as Storm Eunice moves across Ireland.

Weather warnings are also in place for Northern Ireland from Wednesday to Friday, issued by the Met Office.

Met Éireann meteorologist, Emer Flood said: “It’s been a fairly quiet year so far but that’s all going to change this week as an active jet stream steers several low-pressure systems across Ireland and the UK.

“On Wednesday Storm Dudley will bring strong winds to mainly northern and western areas, these strong winds in combination with high tides will lead to large coastal waves and some coastal flooding.”

Emer continued: “As Storm Dudley clears eastwards on Thursday morning winds will ease for a time, before picking up again on Friday morning as Storm Eunice approaches. We’re keeping a close eye on this Storm as there is the potential for more widespread strong winds across Ireland which may lead to some disruption and damage. Along with strong winds, Eunice is expected to bring spells of heavy rain and potentially some snow. We’re advising the public to keep a close eye on the weather forecast as the week progresses as further weather warnings are likely to be issued.”