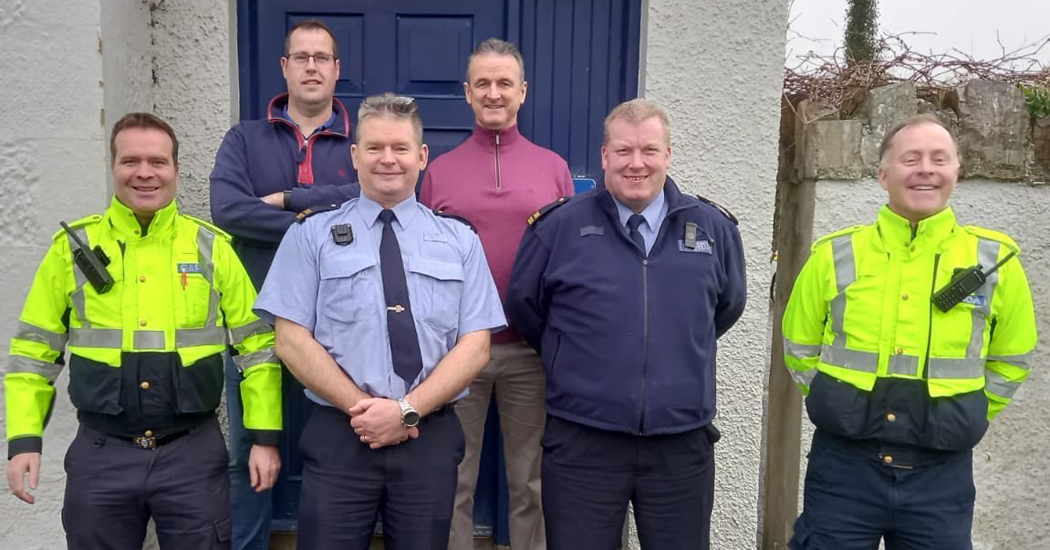 Donegal Garda Eddie Wray has retired after over three decades of dedicated service.

A mainstay of the Dunfanaghy community, Garda Wray was a familiar face to all, having settled, built a home and raised a family in the town where he served.

Garda Wray, who is originally from Donegal Town, joined An Garda Siochana in 1992 and was assigned to Irishtown in Dublin, where he served until transferring to Dunfanaghy in 1996.

Sunday was Eddie’s last day of duty and the station in Dunfanaghy was the venue for an informal gathering of colleagues who called to wish Eddie well in retirement.

Inspector Seamus Mc Gonigle from Milford Garda station attended on behalf of Superintendent David Kelly. Inspector Mc Gonigle paid tribute to Garda Wray, saying Eddie embodied the most important qualities required in a police officer. He complimented him on how he attended to his duties with professionalism and was always visible out and about amongst the community he served.

Inspector Mc Gonagle thanked Eddie for his service and wished him and his family well in retirement.

Brendan O’ Connor the GRA Vice President who is stationed in Dunfanaghy also paid tribute, he said. “I came to Dunfanaghy in 2005 and since my very first day, Eddie has been a great colleague and friend. We dealt with many incidents over the years together and probably the ones that stick out are the tragedies on the roads and other sad losses endured by the community. Having a trusted colleague to rely on at those difficult times is very important and I was lucky to serve with a man like Eddie. We also had great laughs along the way and maybe the less said about the night we nearly crashed the patrol car into the helicopter the better!”