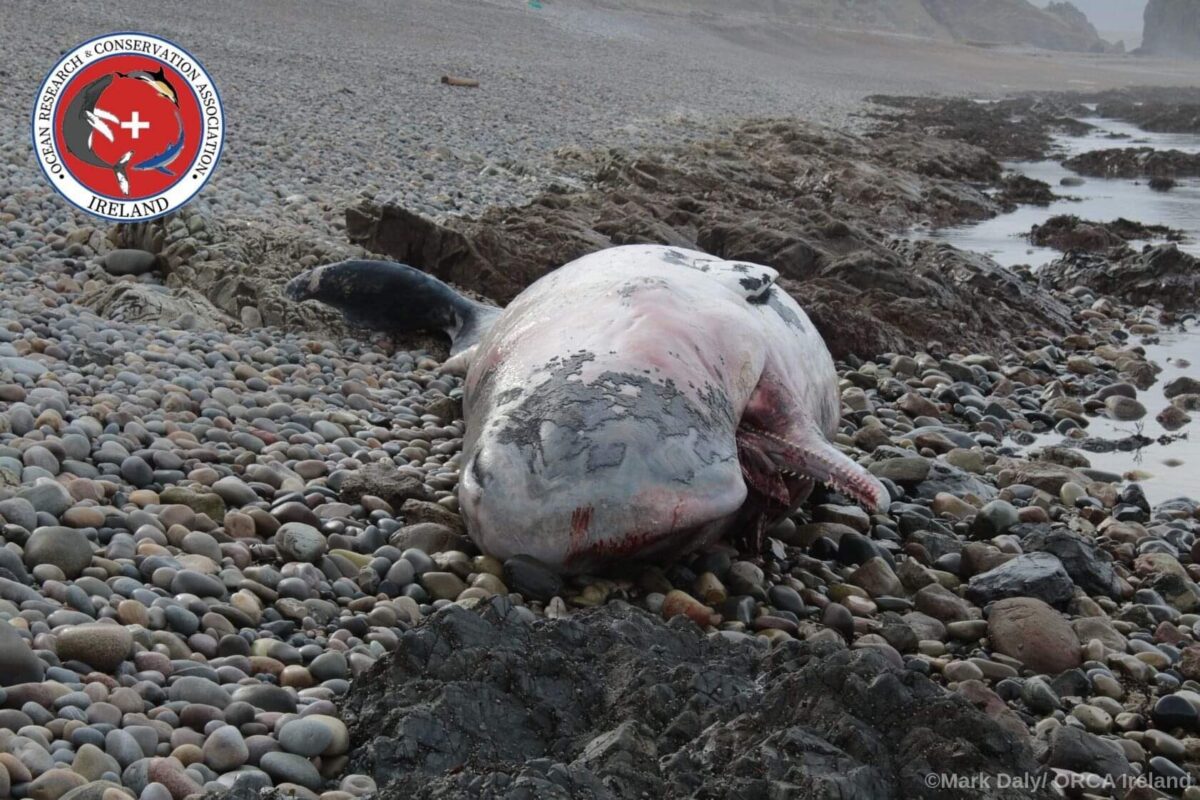 Marine Mammal Responders are in Donegal today investigating the stranding of a dead whale.

The body of a sperm whale washed up at Malin Head yesterday during Storm Dudley.

The stranding was reported to the Orca Ireland Observers App.

The cause of death remains unknown.

“Ideally we need to conduct a necropsy on the whale to further investigate its cause of death but acute trauma from noise pollution cannot be ruled out.”

Coastal conditions continue to be treacherous this week due to the back-to-back storms Dudley and Eunice lashing Ireland and the UK.

The RNLI in Donegal has urged the public to be careful at the coast, to stay back and avoid taking unnecessary risks at exposed cliffs, seafronts and piers.