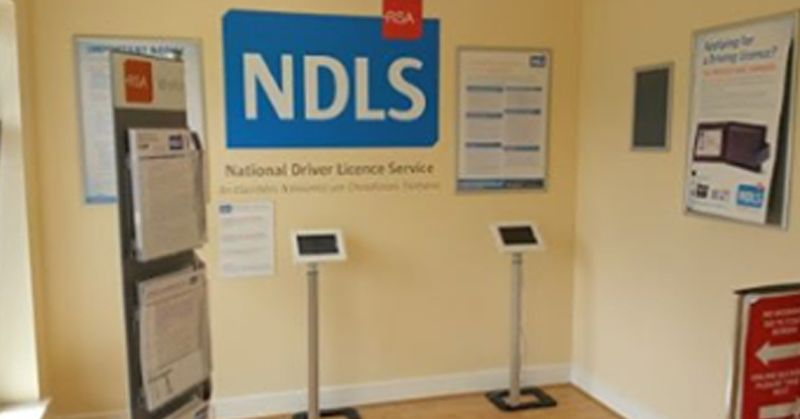 The temporary downgrading of all National Driving Licence Service (NDLS) offices during Covid-19 has now been made permanent, it has been confirmed.

Elderly people are said to be at a particular disadvantage as the walk-in service previously available at centres has been replaced by online facilities and appointment-only visits.

This includes the local offices in Donegal Town and Letterkenny.

In the Dáil yesterday evening, Independent Clare TD Michael McNamara raised the issue of difficulties encountered by his constituents in availing of the NDLS service in Ennis and explained to the Minister that not everybody was able to go online. He pointed out that government TDs were rightly critical of banks moving their services online because of the effect it had on various sectors, especially the elderly, and here was a government agency doing exactly the same thing.

He told Junior Transport Minister Hildegarde Naughten has that a man of retirement age in his constituency had to get his grandchild to make an online appointment for him as he could no longer walk in to the NDLS Centre. Having completed the forms at the office, he received a form in the post to be signed and he returned to the NDLS and the form would not be accepted. The man subsequently went to the TD’s office where he was assisted and the paperwork was emailed.

Another constituent, he said, took time out of work to attend his appointment in the NDLS Centre in Ennis and his paperwork was in order – only to discover that the staff would not accept cash from him and he did not have a card. He rang his wife for card details but this would not be accepted as his wife was not present.

McNamara insisted that the NDLS was “blackguarding the elderly” by the service currently being provided.