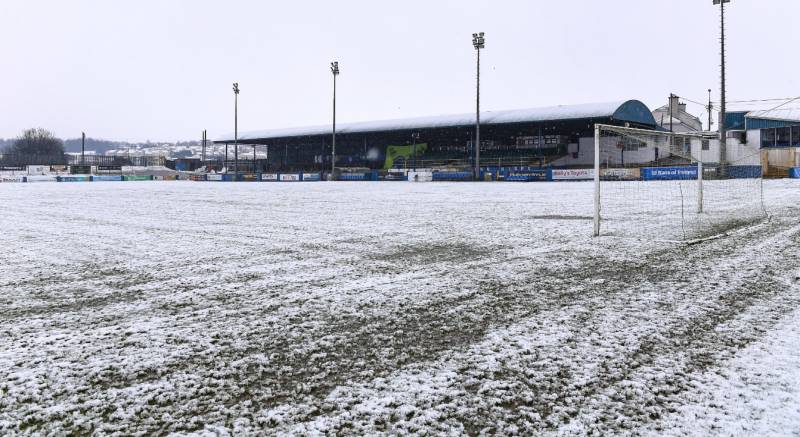 Finn Harps’ Premier Division opener against Drogheda United has been called off due to Storm Eunice.

Ollie Horgan’s side were due to play tonight but after a second pitch inspection, the game has been called off.

The game will be rescheduled for a later date.

The club put on social media saying: “Tonight’s clash with Drogheda United is officially postponed. A new date will be set in due course.”