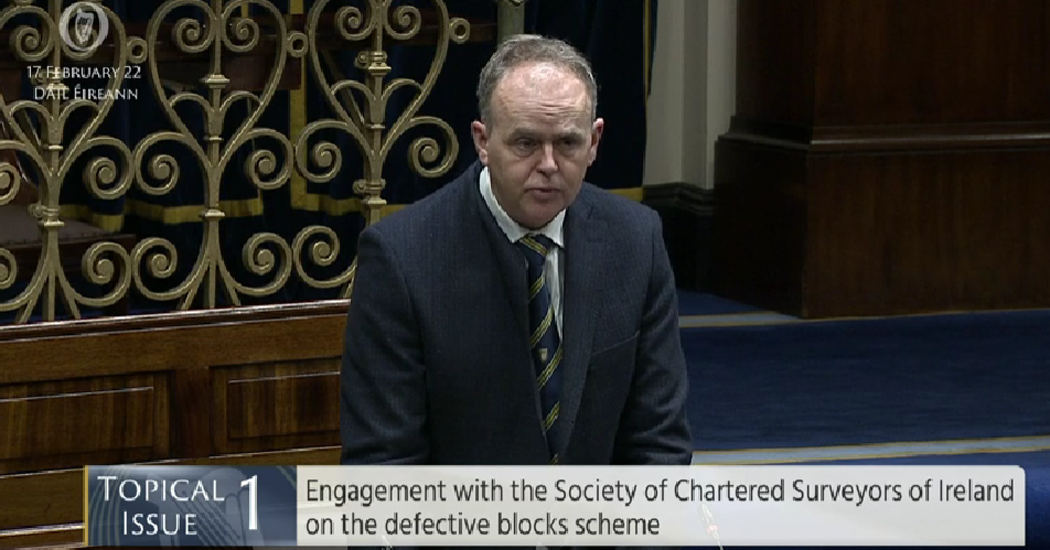 Retrofit scheme to be opened to Mica homeowners

Mica homeowners will be able to access the retrofit scheme alongside the redress scheme, it has been confirmed.

The two schemes will work together, Deputy Ossian Smyth of the Department of the Environment, Climate and Communications stated yesterday.

The assimilation was welcomed by Donegal Deputy Joe McHugh, who added that it was important that the process is straightforward for homeowners.

“It’s really important that we don’t add another layer of bureaucracy to what is already a quagmire in some people’s eyes,” Deputy McHugh said.

“If the retrofit is going to be done in unison, let’s do that, let’s work it into it that it’s not an extra agency or department looking for different rules and criteria. This has to be part of the one scheme.”

Deputy McHugh raised a number of urgent issues with the government yesterday.  He called for facilitators on the ground to disseminate information on the Mica scheme and fill the communication gap that exists between officials and homeowners. He said homeowners are trying to navigate a ‘torture’ of false dawns and timeframes.

Deputy McHugh credited Ann Owens from the Mica Action Group for her work on keeping homeowners up to date.

Deputy McHugh also called for engineering fees to be refunded to homeowners as a priority. He highlighted one case where a mother and daughter took out a bank loan of €12,000 from the credit union to cover their fees, but they do not have the means to pay it back.

The Dáil heard that Mica homeowners need clarity after spending two years of lockdown in houses that are falling down.

“They need a timeframe that is honest and upfront,” Deputy McHugh said. He said the independence of the Society of Chartered Surveyors Ireland was “tarnished” in the past fortnight after their terms of reference for a report on construction costs for the defective blocks scheme was published without homeowners’ input.

Deputy McHugh stressed the importance that the homeowners’ submission this week is not treated as a “listening exercise”.