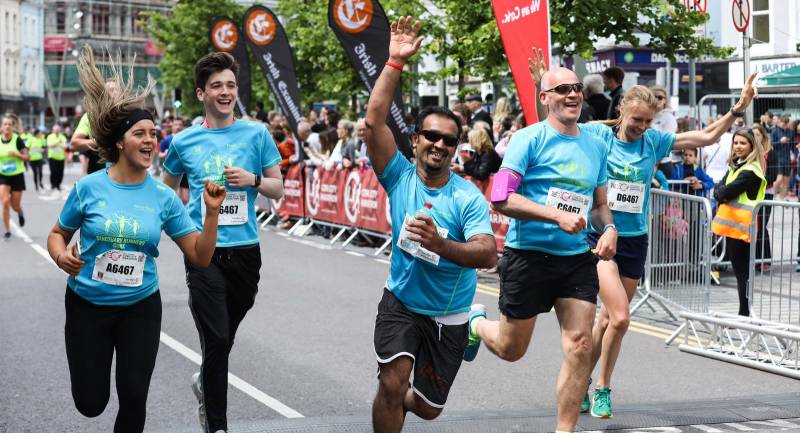 ‘The Sanctuary Runners’ – Community integration movement to launch in Letterkenny

A movement which encourages and enables community integration in towns and cities across Ireland will launch in Donegal on Saturday morning, February 26th.

The Sanctuary Runners use running, jogging and walking to bring together asylum seekers, refugees, other migrants and those in the wider Irish community.

Last year the organisation was awarded funding of €20k under the Bank of Ireland’s ‘Begin Together’ Community Fund, administered by the Community Foundation for Ireland, to establish a group in Letterkenny and to help grow the initiative in the North-West of the country. 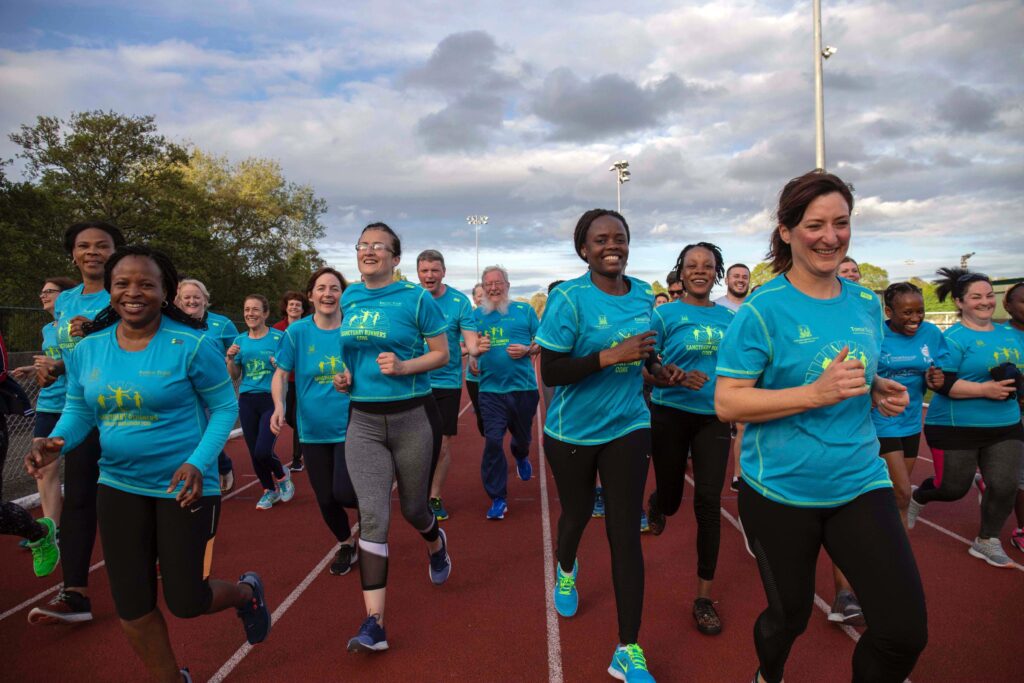 A Direct Provision centre was opened in Letterkenny in spring, 2021 as former student accommodation on the Port Road was repurposed. The centre will be able to accommodate up to 60-families including some who were moved to Letterkenny from emergency accommodation in Portsalon last February.

With 30-groups across the country, and over 4,000 regular participants, the Sanctuary Runner movement focuses on solidarity, friendship and respect.

The Sanctuary Runners founder, Graham Clifford – a former journalist and broadcaster, visited Letterkenny last summer and spoke with local groups which will help establish the group in the town.

He said: “this initiative has been hugely successful across Ireland and takes a novel approach to community integration. We focus on the individual rather than the label and believe if you find a positive way to bring people together then bonds start to develop. And there’s nothing more positive than exercising together regularly in beautiful surroundings.

“While we have the word ‘Runners’ in our name we also welcome joggers and walkers of all ages and abilities. The most important thing is that people are coming together to share common space all wearing our blue running tops and united on one team. It’s a great way for Irish people to get to know those who have moved to the area from elsewhere and vice versa.

“It’s all very relaxed, informal and welcoming and I can’t wait to see the group growing in Donegal and linking in with groups in Sligo, Leitrim and Longford – and also possibly in Derry where we would like to establish a group later in 2022.” 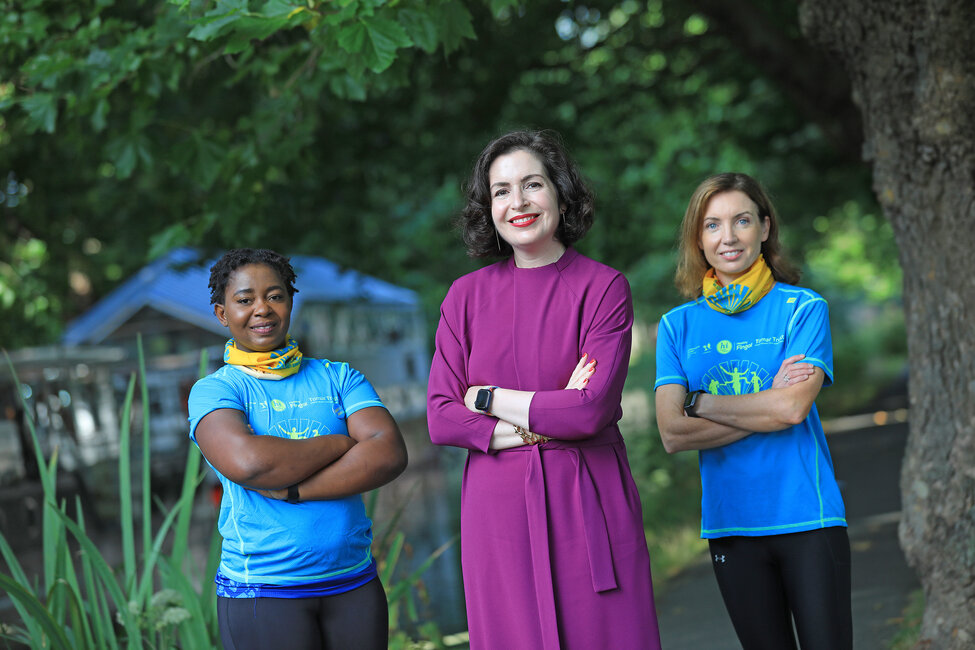 Picture – Julien Behal Photography
Pictured are Janet Adebola Jones and Ciara McCluskey from Sanctuary Runners, one of the groups to receive funding, along with Bank of Ireland Group Chief Executive Francesca McDonagh.

In 2019 the Sanctuary Runners was named by the European Commission as one of the top-nine solidarity-through-sport initiatives in the European Union. It focuses on solidarity rather than charity and works closely with the parkrun movement.

A 5km parkrun takes place each Saturday at the St. Conal’s Hospital Campus on Kilmacrennan Road in Letterkenny and it’s here where the first group will come together next Saturday, February 26th.

Announcing the funding Francesca McDonagh, Group Chief Executive of Bank of Ireland, said: “We’re immensely proud to support a wide range of community groups, charities, and social enterprises working in every part of Ireland. What they do unites, supports and protects local communities and some of the most vulnerable in our society.

“While the road ahead looks much more positive, communities across Ireland still face many challenges. It’s our hope that this support will help them face those challenges, and overcome them.”

To find out more about the Sanctuary Runners please visit: Sanctuaryrunners.ie 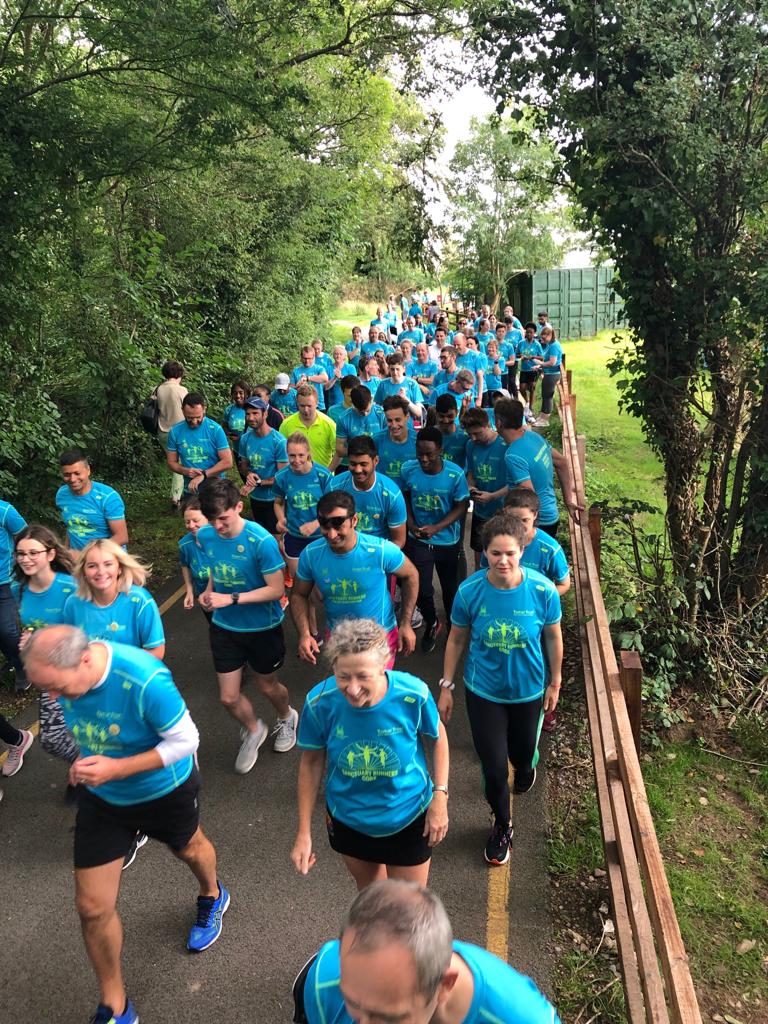