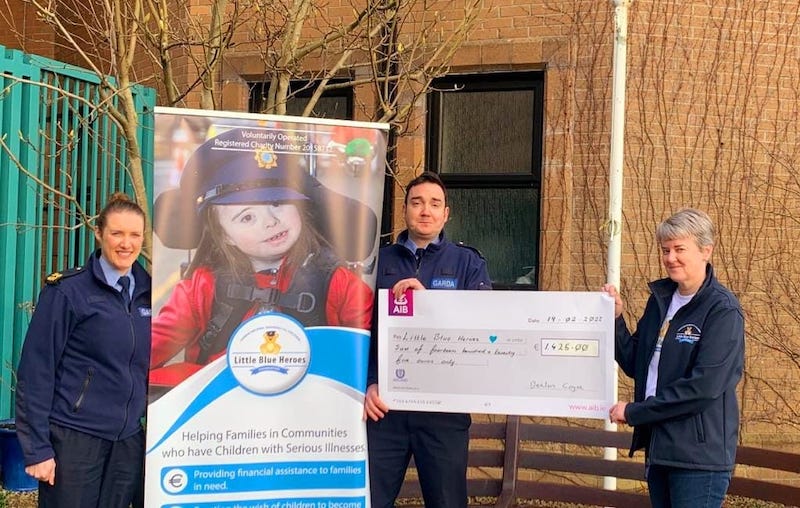 A kindhearted garda has raised almost €1,500 for the ‘Little Blue Heroes’ charity.

Garda Declan Coyne from the Community Policing Unit in Buncrana completed ‘Declan’s Christmas Dash’ over the month of December.

This involved running 100km in 30 days, raising €1,425 in aid of the Little Blue Heroes Foundation.

Garda Coyne was accompanied by Garda Aoife Mc Nulty today at Letterkenny Garda Station where he presented the cheque to Garda Tina Fowley who is the Divisional rep for the Little Blue Heroes.

Garda Coyne found the challenge to be very enjoyable and he is delighted to have raised so much money for such a worthwhile charity.