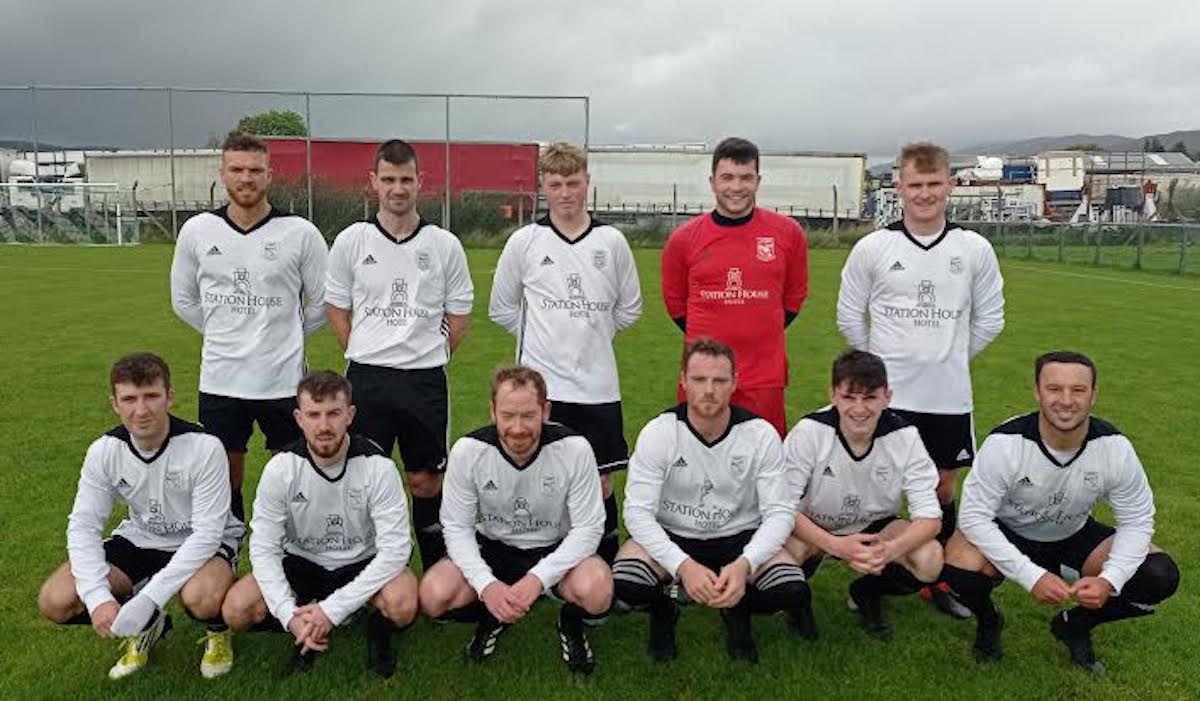 Three goals in the final 12 minutes of the game saw Derry City Reserves defeat Letterkenny Rovers 3-0 on a dismal night weather-wise at the Letterkenny Community Centre on Saturday evening.

With the unrelenting rain belting down both teams can take great credit for serving up a belter of a clash for those hardy souls who were in attendance for the Ulster Senior League clash.

Plenty of chances were created in the opening half with Simon McGlynn twice coming close for Letterkenny Rovers.

Davitt Walsh almost opened the scoring only to be denied by City netminder Taylor Clarke while Matty Walker came closest for City, but his shot went just over.

Rian Akpentinyi shot just wide as Rovers attempted to turn the screw before City had a goal ruled out by match referee Richard Storey for offside after a mixup in the Rovers defence.

Both sides made full use of the halftime interval in the face of monsoon-type conditions and while there were plenty of openings in the second half there was very little in terms of clear cut chances until the 79th minute when Tiarnan McKinney beat the offside trap to lob past the advancing Christopher O’Donnell in the home goal.

Rovers pressed hard for an equaliser but any hopes of one were dashed on 87 minutes with a fantastic strike from Caoimhin Porter high to the net from distance while City extended their lead in stoppage time when McKinney netted from close range.

A good runout for Donal O’Briens charges ahead of their upcoming Airtricty campaign while Rovers are next back in action when meeting Finn Harps Under-21s on Friday night.