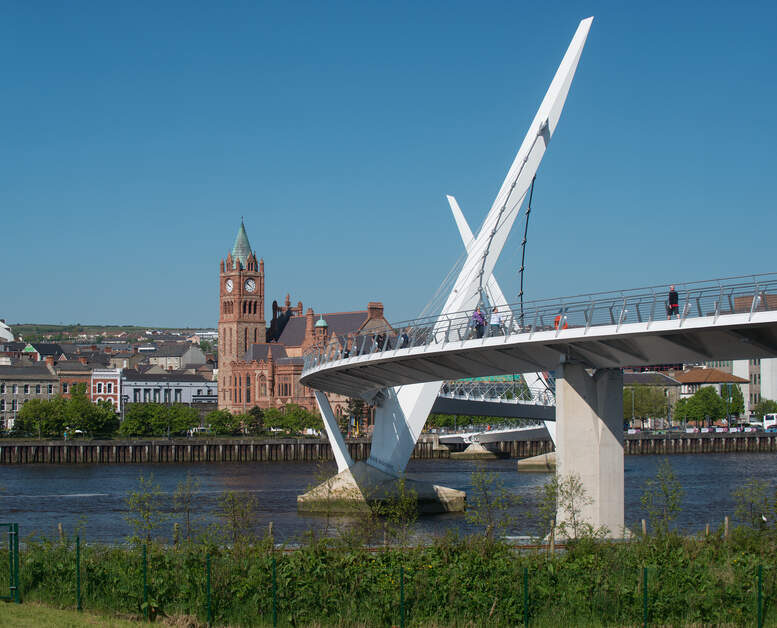 The Derry City and Strabane District City Region has been ranked second in the FDI European Cities of the Future 2022 category.

The region almost came out tops in a study carried out by the FDI Intelligence Division of the Financial Times.

Welcoming the accolade, Mayor of Derry City and Strabane District Council, Alderman Graham Warke said the high ranking in this significantly prestigious and influential study was hugely positive for the City and District Council.

The ranking comes less than a year after the City and District was ranked first in the FDI Global Cities of the Future Category in a report carried out by the FDI, competing against major cities across the globe.

The data collated for this latest report is collected by the FDI intelligence division of the Financial Times using specialist online tools, FDI markets and benchmarks.

Locations scored up to a maximum of 10 points for each data point, which were weighted by importance to the FDI decision making process to compile the subcategory rankings as well as the overall ‘European Cities and Regions of the Future 2022/23’ ranking.

In addition, surveys were collected under a sixth category, FDI Strategy, for which there were 161 submissions.

In this category, locations submitted details about their strategy for promoting FDI, which was then scored by FDI’s judging panel.

Kevin O’Connor Head of Business with Derry City and Strabane District Council who was involved in the bid for the award, said the panel in their feedback acknowledged the strong cross border collaboration and mobile talent available in the region and the city and district’s innovative approach to developing talent in high demand sectors.

He said the region’s large international diaspora with its strong international business network was also recognised, while the use of historic connections to the city of London and using it to focus on attracting UK based companies who want closer dual market access to the EU and UK was also acknowledged.

He said: “This is a very significant coup for us and comes at a very exciting time in our City Deal journey and as we are recovering from the COVID pandemic and working proactively to promote investment opportunities across our diaspora network, highlighting our increased quality of lower cost of living and increased work life balance to those interested in returning to live and work here.

“We are also the only City region located where the UK and EU meet, and is a great place to live, visit, study or to do business in.”

The Derry City and Strabane District City Region ranked second in the European Cities of the Future Category, tipped only by Doncaster and Sheffield City Region and overseeing competition from other European cities such as Cork, Middlesbrough and Dublin

As part of the evaluation process, judges assessing the application took into account the area’s economic potential, cost effectiveness, connectivity, human capital and lifestyle and business friendliness, as part of their assessment.

Mayor Alderman Warke said this ranking was hugely significant and puts the city and district on a positive footing as it progresses to the next stages of delivering the exciting and innovative City Deal projects.

He said the ranking put the city and region on the map in terms of gaining recognition from world leading investors and helps increase the city and region’s visibility across the Financial Times Group global readership and audience, which in turn will encourage further funding and investment.

He said: “Securing this top ranking in this category is hugely positive for us and reflective of the huge amount of proactive work that has been done over the past number of years to actively promote and develop the opportunities in Life and Health Sciences, in digital technologies and in the application of research in artificial intelligence and machine learning across our City and District.

“Key to this is that all these areas of focus and investment continue through City Deal projects. Our prime focus will be to develop opportunities for the development and promotion of the compelling proposition that is our city and region and the wider North West.”