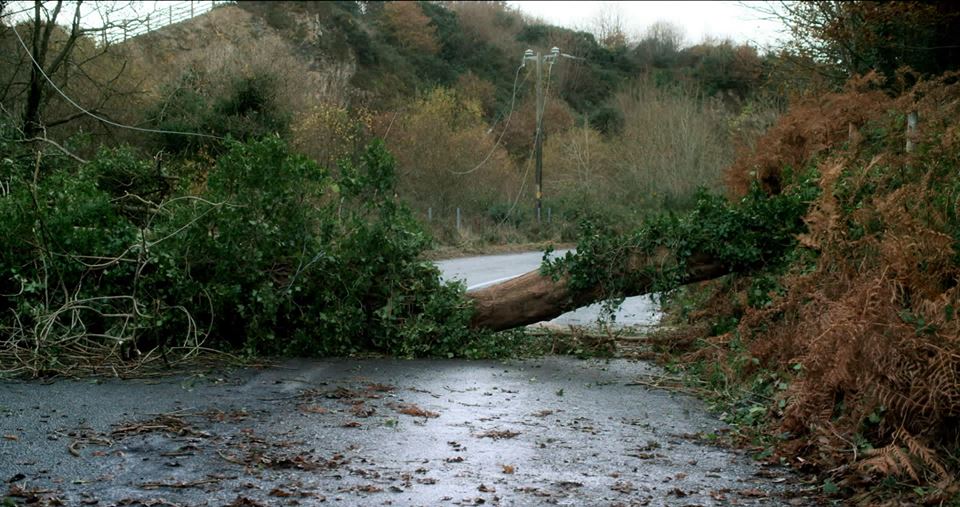 Donegal has been left battered an bruised overnight after Storm Franklin ripped across the county.

The public has been alerted to fallen trees right across the county after a night of extremely high winds and rain.

The orange alert warning for the county was due to end at 7am but it is understood that will go on for some time yet.

A status yellow wind alert will remain across the county until at least 9am.

People are warned to exercise extreme caution when traveling to work or are out and about.

There are reports of blocked roads across the county with fallen trees.

There are trees down across the main Letterkenny to Lifford Road while there is a similar situation on the Ramelton to Ballyare Road.

Both are passable with care.

The R246 Kerrykeel Portsalon Road is blocked by a fallen tree at Greenfort, Portsalon between the Duntinney Crossroads & the Ardglass Crossroads. Donegal County Council staff are currently working to clear the road.

There are trees down on the approach roads to Donegal Town while there is also a tree down in Gartan.

There are trees down in Inishowen while there is also heavy water reported along the sides of roads with motorists asked to slow down and not put themselves in danger.

Donegal’s coastline took a huge impact with massive waves reported along the coastline around the county.

Donegal County Council teams are now tackling many of the situations in an attempt to clear roads quickly.

Thankfully, there are no reports of any injuries following the passing of the storm.

However, people are advised to remain vigilant when out and out today.