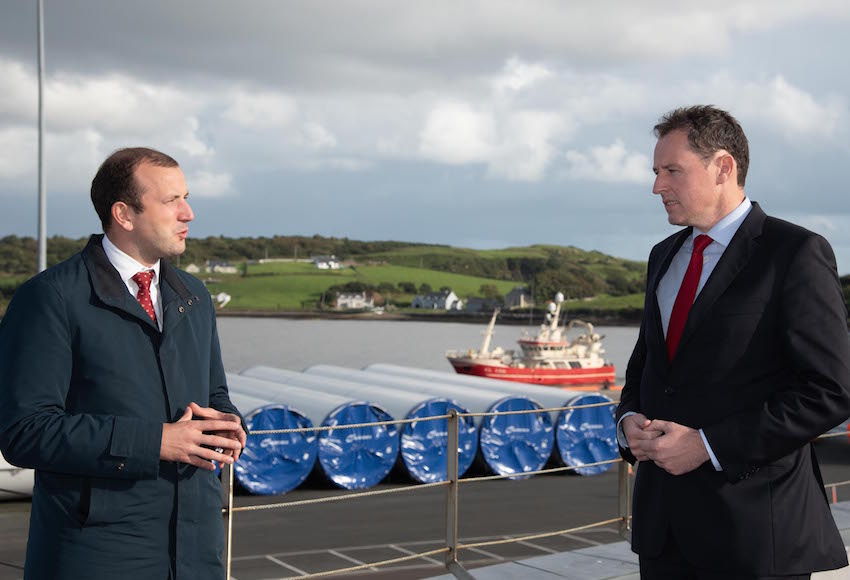 Earlier this afternoon Charlie McConalogue met with representatives of the fishing industry to brief them on a number of important policy developments and to engage directly with them on  priorities for 2022.

The Minister for Agriculture Food and the Marine said: “This afternoon I had a very productive meeting with representatives of the offshore and inshore fleets and the processing industry.  This is an important year for a sector that is critical to sustaining vibrant coastal and rural communities.

“I was pleased to be able to brief them on the work being done in my department to advance the interests of the sector, and to engage directly with them on their priorities for 2022.”

The implementation of the Seafood Sector Taskforce Report and EU issues, including the upcoming negotiations on mackerel and blue whiting sharing arrangements and management involving the EU, Norway, UK and Faroe Islands, all featured in today’s discussions.

The new challenges facing the industry to deliver on sustainability and climate change targets, were also discussed.

Referring to the work of the Seafood Task Force, the Minister said: “We are making significant progress in rolling out the recommendations of the Sea Food Task Force which reported to me in October. That report proposed a number of measures to address the challenges posed by Brexit.

“I have already received Government approval for a number of specific schemes recommended by the Task Force, and I look forward to working closely with the industry in the implementation of its remaining recommendations.”

Minister McConalogue also led a discussion on the broader policy challenges facing the sector, including the review of the Common Fisheries Policy due to take place at EU level shortly. Mr. McConalogue had already announced the establishment of a CFP review group comprising a broad range of stakeholders, to prepare Ireland’s negotiating position for the Review, which is due to take place later this year.

He also advised the meeting that he had secured Government approval to seek an extension to Ireland’s 6 and 12 mile zones: “Later this year the arrangements governing the 6 and 12 mile restricted access protection zones are due for review at EU level. I believe that there is a strong case to be made to increase the protections for Ireland’s fishing fleets in these waters, particularly against the background of Brexit.

“With this in mind, yesterday I secured Government approval to seek an extension of the zones around Ireland to 12 and 20 miles respectively.  I will now engage with Commissioner Sinkevicius, fellow Fishery Ministers and MEPs to seek to advance Ireland’s case on this matter.”

Concluding, the Minister said that he looked forward to working closely with the sector on all of these issues through the course of the year.