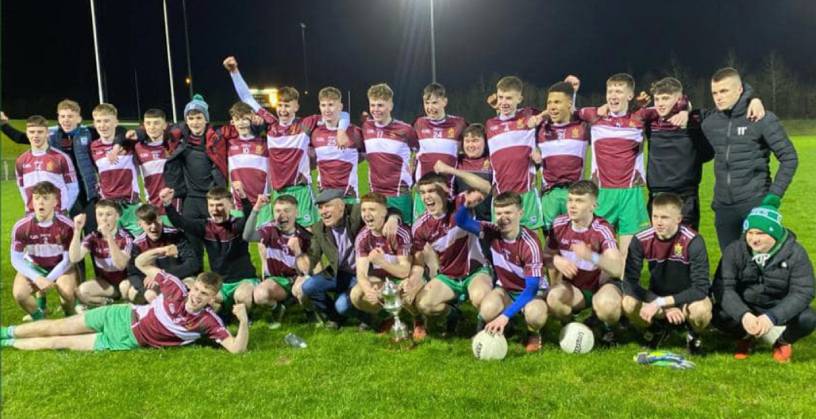 Kevin McCormack was the top scorer for the Donegal side as he was on penalty and free kick duty, converting from the spot, and 5 frees, as he scored 1-7.

The Stranorlar school travelled to Cavan last night for the game that was due to be played last Friday but was postponed due to last week’s storms.

Despite being short a few starters, they dominated proceedings, going into a quick three point lead after 5 minutes, and after McCormack’s penalty they were seven points ahead with just 22 minutes on the clock.

It was 1-9 to 0-4 at half-time and the side, with Sean MacCumhaills duo Mark Cannon and Dougie McDaid in charge, only went on to extend their lead in the second half..

It was a first Markey Cup for St. Columba’s and they are now set to play an All-Ireland semi-final on Saturday in Abbotstown against the Munster Champions.