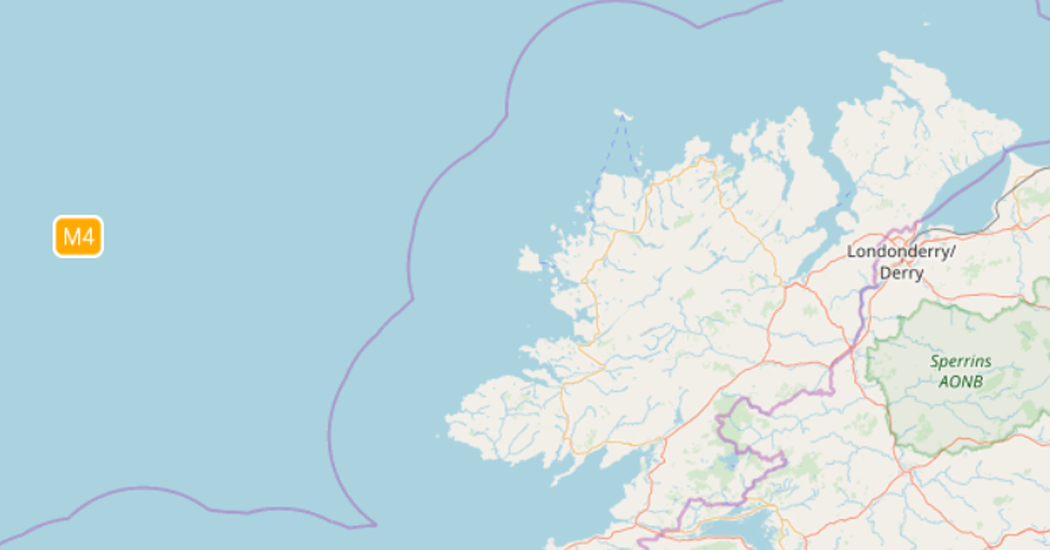 A mammoth 28.1 metre high wave was recorded off Donegal during Storm Franklin.

That’s the height of six double-decker buses stacked on top of each other!

The wave was recorded at the M4 Buoy off Rossan Point in south west Donegal on Monday morning 21st February.

It’s the highest ever wave recorded at the site, where the previous record was set in 2014 at 23.4 metres.

The new record is still considered provisional until the buoy is recovered and the raw data is analysed, according to Met Eireann and the Marine Institute.