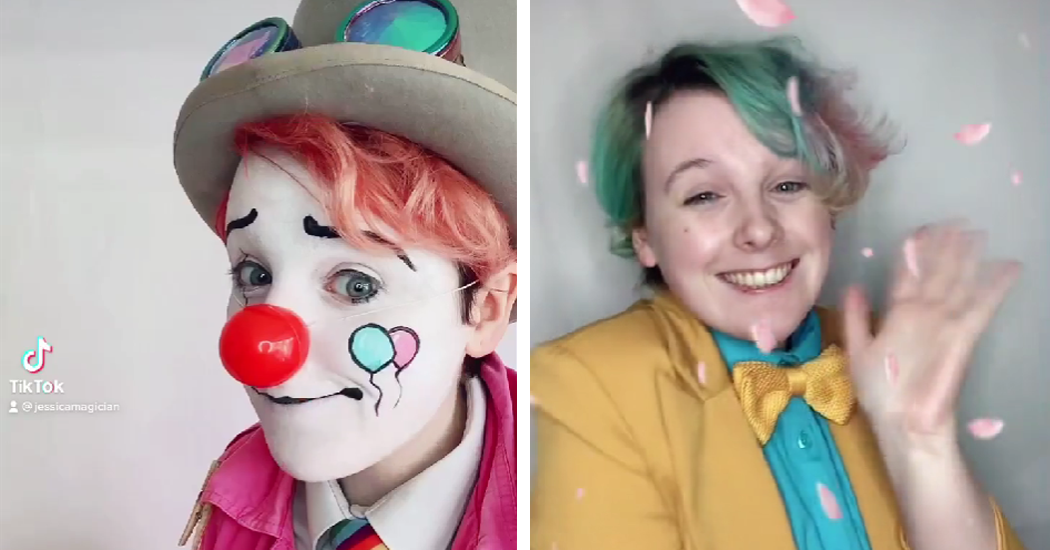 A young Donegal woman who found herself banned from Tinder can finally look back and laugh at the experience.

Jess Harkin from Raphoe, also known as Kazoo, was clowning around on the dating app when she was slapped with a ban.

All she wanted to do was to connect with clown fans, but the app suggested that she was using the platform as an advertisement.

“I’ve seen girls with more makeup than this on it,” Jess joked, saying she was only having a laugh with those she matched with – and weeding out the men with clown phobias. As of this week, her profile was finally restored, and she’s looking forward to getting back online and swiping again. 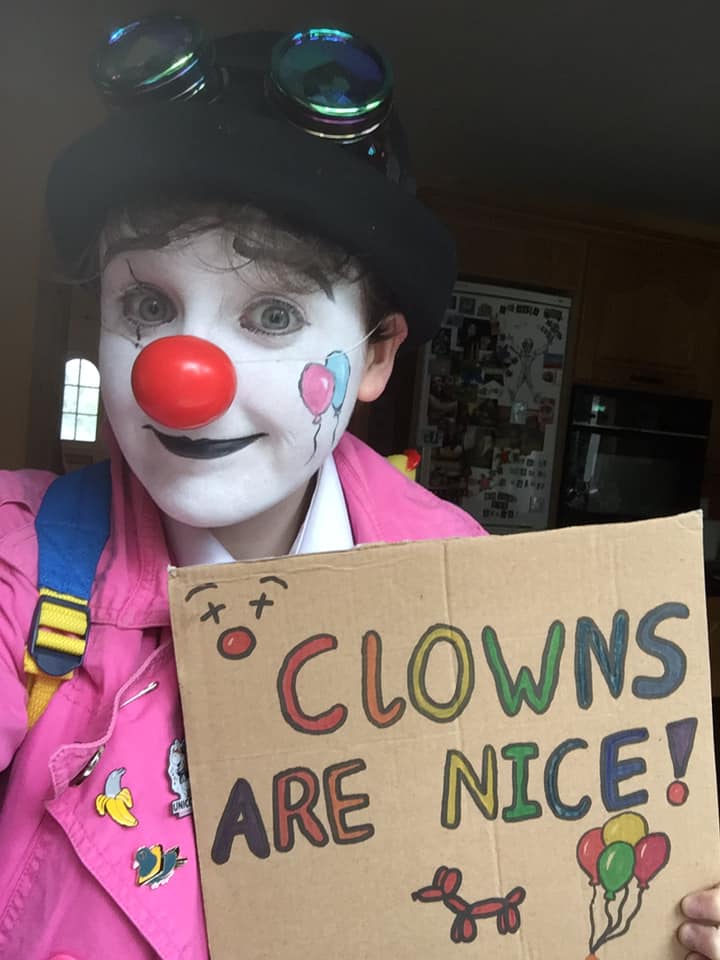 But Tinder isn’t the only platform she’s banned from. Jess was kicked off TikTok’s live stream facility because she looked under age. Despite having 80,000 followers, and making countless appeals to the company, she remains unable to earn any money from the app.

“I even applied for a job at their appeals department, just so I could get back on,” Jess told Donegal Daily.

Despite her social media woes, the 25-year-old is getting back out into the circus scene this week and will be making her way to the midlands to perform with Circus Corvenieo.

While she is also a talented magician, clowning is Jess’ dream job and a skill she has been working on from a young age. She was a shy child, but the character of Kazoo was a persona she should hide behind.

Her bright pink attention grabbing coat is from her grandmother, her tie is a gift from a magician in Sligo and the shorts used to belong to her mother. The name Kazoo is intentionally based on the annoying sound.

Jess is often seen wearing her garb in public, much to the delight of families.

“I don’t drive, so a lot of times I am going to a show and I’m in full costume when I need to take the bus or get something to eat. It doesn’t bother me. I can make this honk sound with my nose that kids love.”

Kazoo could be coming to a town near you very soon with Circus Corvenieo, while she also has exciting future plans to start work on cruise ships. She will be joining as a junior assistant cruise director and has ambitions to work her way into the entertainment department.

“I always wanted to move to America, and now I am, only it’s going to be in the water,” she said.