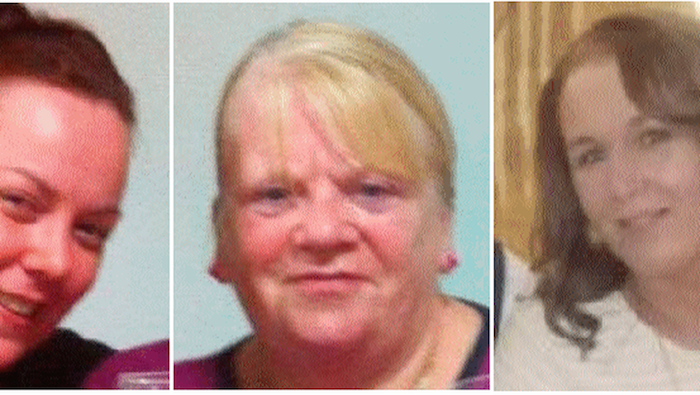 A man who killed three Donegal women after downing between three and five pints has been released a year early from prison today.

Jason Rowntree walked out of Loughan House Open Centre in Cavan at 8am this morning two days before serving three years of a four year sentence.

Rowntree, now aged 35, was jailed in February, 2019 for six years with the last two years of the sentence suspended.

He was also a given a quarter off his sentence on remission for good behaviour.

Rowntree killed Margaret McGonagle (69) from Bruckless along with her daughter, Mairead O’Neill Mundy (37), and their neighbour Rachel Battles (39).

A family friend of the three women branded the release as “disgraceful.”

The women were returning home from a holiday in Turkey when their car was struck head-on by a Toyota Yaris car being driven by Rowntree at at Aclint Bridge, Ardee, County Louth on July 21, 2017 at around 12.30am.

Rowntree, of Kingscourt in Cavan, admitted consuming between three and five pints of Guinness in a pub before the accident.

He was also seriously injured in the crash and claimed he had no recollection of it at all.

He was also banned from driving for fifteen years.

He suspended the final two years on condition that Rowntree attend alcohol awareness and counselling programmes.